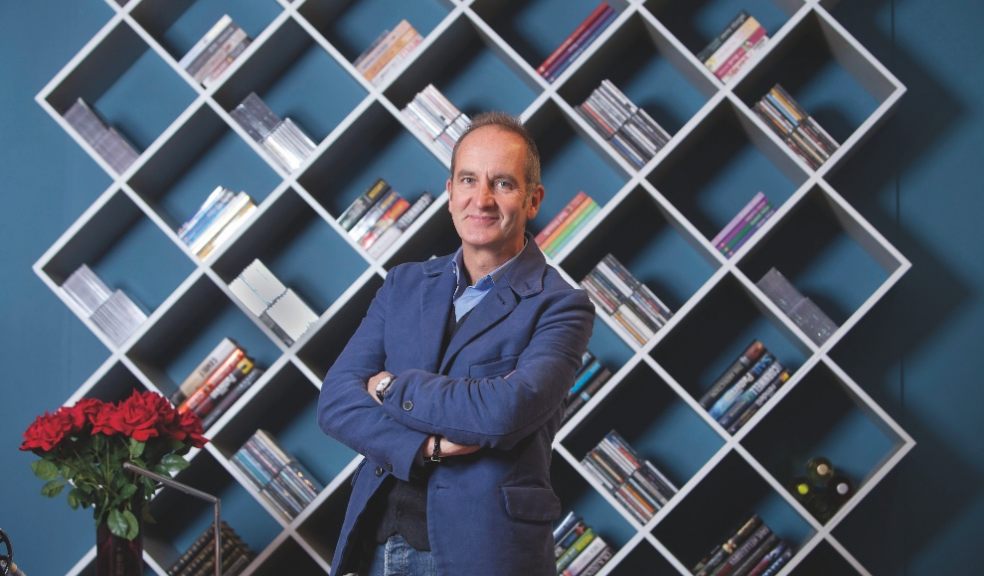 Voice-activated kettles, app-controlled toilets, and ovens that can tell you the weather – love it or loathe it, the smart home is here to stay.

We talked to veteran Grand Designs presenter Kevin McCloud about the rise of the tech-savvy houshold, and what’s in store for the homes of the future…

For all the Luddites out there, what does the phrase ‘home tech’ really mean?

“I’m a Luddite – I don’t like things to be complicated, and the more stuff you have hardwired into your building, the more things can go wrong. I’m not a fan of the really geeky stuff that turns a house into a machine, where you’ve got to spend an hour a day adjusting the controls.

“What’s happened to our homes is exactly what happened to our computers, only 15 or 20 years later. When the first examples of home tech emerged, they were highly complex pieces of equipment that would fill entire rooms and burn through enough energy to heat the whole house.

“Now you can run a house with an app, and even my mother could do it. There are some amazing little devices in ‘the internet of things’, which are inexpensive and can bring immeasurable improvements to our quality of life.”

“A few years ago, I tested a product called the Foobot, which tells you how healthy your air is by measuring things like CO2, bug spores and volatile organic compounds. It’s also controlled via an app and responds remotely when tapped.

“Parents started using it to know when their kids came home – they would tap the Foobot, which would alert the parents. I know one person who used it for their mother to indicate when she’d been moving around – which would create dust and change the quality of the air. People started using as a monitoring system for their relative, without being intrusive. It’s really intriguing how people find new uses for devices.

Just how substantial has the shift towards smart homes been?

“The time-span is larger than you might think. It’s taken about 15 years and we’re not there yet – I still have very little tech, although younger people have more. We’re in the process of moving from tech seeming inaccessible, expensive and superficial – for engineers who want to play with gadgets – to a place where anyone can have a colour-changing light bulb.

“I think the most interesting things are happening with the quieter stuff – air quality, ventilation, energy performance and so on. There’s a new set of devices with infrared temperature sensors, which can detect a body in a room and turn down the heating if it thinks you’re too warm. That’s really clever – saving money and the planet one go.”

Has the rise of home tech influenced guests on Grand Designs?

“In subtle ways. People can now do things like sunlight modelling on desktop computers, and figure out engineering and environmental performance during the design process. That wasn’t easily accessible 10 years ago.

“You also see it in building technology and componentry. In glazing, for example, manufacturers can now attach all kinds of coatings to glass that create a sort of smart glazing, which can let visible light in but keep infrared out. It’s also good to see technology applied in things like designing scaffolding, which you can now do on site with an iPad.”

There are worries surrounding home tech and security – should people be concerned?

“I think concerns about privacy are very common (we all worry we’ve left the door unlocked don’t we?), and there is always a risk with our homes. Hacking certainly adds another layer of risk, and as the software and devices develop so too will the hackers.

“My front door has too big sliding bolts. I’d love to click it open with fob, like you might with a car, but not if, as I discovered this morning, you can hack almost any car that has a fob really easily. There are some really profound issues around data mining and right to privacy, and it’s going to be very significant going forward.”

Is it realistic that we might see fully-fledged robots in our homes before too long?

“Go to Japan – Japan is full of robots! The Japanese tech philosophy is bound up in the robotic, but American technology is all about start-ups and how to feed the population with synthetic meat. In a way, there’s a lot of things in American tech that I find quite self-serving.

“The most interesting place for technology is China, where developers are unencumbered by impediments like democracy and local planning. If they want to build a 30-storey vertical farm, they will; if they want to take the food waste of a entire city, and create an organic farm by feeding it to one million cockroaches, they will. It’s not weird science-fiction – this has all happened. China has really stolen a march on the rest of the world – they know the only way to survive as a society is through an alliance between high tech and green tech.”

Are there any major domestic problems you’d like to see home tech take a crack at?

“Yes – human fallibility. Forgetting to take the dry-cleaning, having 200 emails in your inbox, leaving your bag behind – the ‘where are my keys’ sort of questions that drive me nuts. These are fundamental questions we all have, and tech doesn’t seem to be able to answer them yet.”