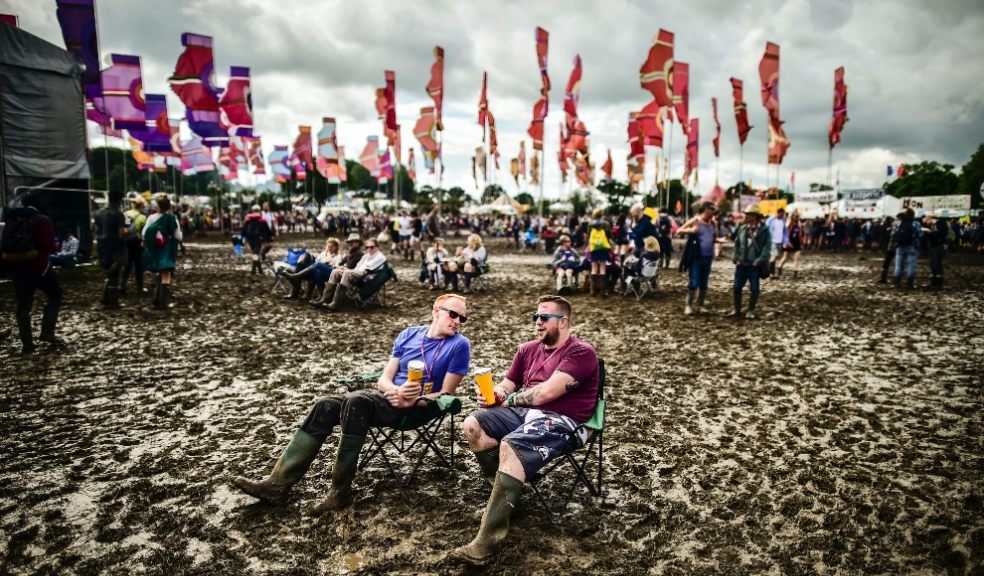 Until this weekend’s cancelled Glastonbury Festival loomed closer in the diary, we didn’t realise it was possible to get FOMO over an event that isn’t even happening.

It turns out, you totally can, especially if you’re tuning into the BBC’s ‘virtual festival’ which is torturously airing classic sets on TV and iPlayer throughout the weekend, reminding us of how epic Glastonbury really is.

If you’re feeling bitter and heartbroken about the fact that you should be at Worthy Farm right now, it’s probably helpful to remind yourself of all the annoying things about camping that we usually have to endure.

Yup, we’re going to console ourselves with this list of arbitrary reasons why it’s totally OK to have Glasto in your garden this year, as we cry into our pint of cider and watch Radiohead’s 1997 set for the third time.

It goes without saying that the toilets are the worst thing about a festival. In fact, if hell was a place, we reckon it would be the Glastonbury toilets on the last day.

By the end of the weekend, you can smell them before you even see them, and whatever rancid horrors you find inside them can never be unseen.

Nobody likes to waste their time standing in line, but at a festival with thousands of other gig-goers, it’s an established fact that you’ll have to wait.

Food, water and sometimes even getting from stage to stage results in one long queue that never seems to move.

At least with a virtual garden festival, you’ll always have VIP access to the toilets and the bar.

3. Not washing for days

If it’s not the stench of the toilets that’s turning your stomach, it’s the sight of yourself after several days of sweating it out in a hot tent.

There’s no amount of baby wipes that will rid you of the grime that’s entrenched in your skin, and you’ve given up trying to pick the dirt from underneath your fingernails

Even if you’re chucking down a groundsheet in the garden and recreating the festival ‘experience’ by camping overnight, at least you can pass out safe in the knowledge that you can take a long, hot shower in the morning.

Nothing suffers worse during Glastonbury than your hair. No matter how many cute flower crowns or layers of dry shampoo you attempt to hide it under, it always looks a total state.

You’re always having too much fun to care at the festival, but as soon as people start to post pictures on Instagram, you really begin to regret not queuing for the showers.

No matter how military you are with your planning, someone inevitably goes missing during the weekend – and it’s a right pain to find them again.

Between terrible phone signal, thousands of people everywhere and a lack of distinguishing landmarks, it always takes a good few hours and lots of panicked tears before you’re reunited again.

6. Being too cold at night, and too hot in the mornings

One of the cruelest elements of camping is mother nature’s lack of temperature control.

Going to bed at night is like sleeping in a tundra. Sunrise is like waking up in an oven. There’s never a comfortable in-between.

Nothing makes days of tramping around in the mud and drizzle more infuriating than realising that two of your favourite bands are clashing at the same time.

The stages are at least an hour’s trek away, so you’re painfully forced to choose between the two. Inevitably, you always pick badly and end up missing the best set of the weekend.

Rain at a festival is almost inevitable, but when it really chucks it down, everything suddenly becomes rubbish.

Your clothes are covered in mud, you can’t sit down on the grass for the whole day and one of your crew predictably gets into a mood and storms back to the tent.

As much as we moan about the inclement weather though, we’re completely gutted that we’re missing out on catching the likes of Kendrick Lamar, Paul McCartney and Diana Ross at our favourite Somerset farm this year.

Let’s face it, we’d take looking like a scarecrow and smelling like a swamp for the chance to be at Glastonbury. Bring on next year.