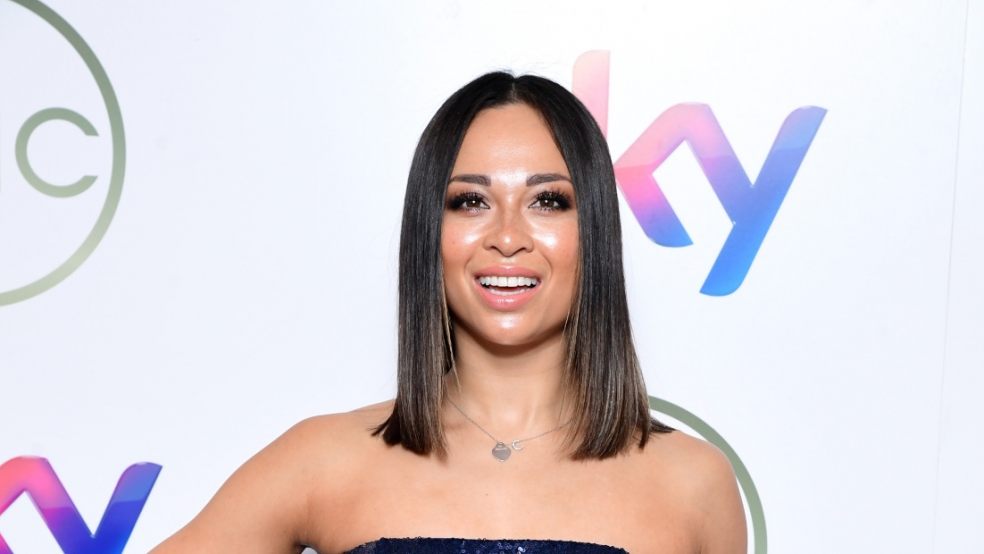 “I’m learning two languages; I’m playing piano again; I’m teaching my friend Russian; I’m teaching my mum dancing over FaceTime,” the Strictly Come Dancing professional says on a Zoom video call – she’s been doing lots of those recently, too. “Me and my friends have had Zoom parties. We had a New York one, so I dressed up as the Statue of Liberty, as you do,” she says, with a laugh.

That’s not the only costume the Russian-born dancer has donned while living alone during lockdown (she split from her husband, fellow Strictly dancer Neil Jones, last year).

“I gave myself themed days: I had Japanese day, I had hippy day, I had a 1920s day in my little Charleston outfit.

“I don’t think I wore pajamas all day one single time. It makes me feel purposeful like, ‘Okay, I’m going to do something,’ you know? Get up, get ready.”

That doesn’t mean the 31-year-old has been online shopping, though: starting on July 6, 2019, Jones vowed to not buy any clothes for a whole year.

“It’s about looking forward, isn’t it?” she says when explaining her decision. “If we can start by doing small things, it’s just going to make our future a little bit better. For me, thinking about my nieces, I’d love for them to have a healthy planet to live on.”

Was it hard going clothing-cold turkey? “It’s been the easiest challenge I’ve ever done,” she says. “I’ve not even thought about it. It’s really strange – it’s like shops just disappear out of your sight, even when they are there.”

New research from Oxfam has revealed the number of women not buying any clothing has jumped from 6% to 35% during lockdown.

Jones has partnered with the charity to encourage shoppers to think about their fast fashion buying habits, and consider purchasing more second-hand items in future.

During her buying ban, Jones has been sharing her love for upcycling – taking old garments and giving them a new lease of life – with how-to videos on Instagram, a hobby she says began when she wanted to create wedding gifts for fellow Strictly dancers Janette Manrara and Aljaz Skorjanec, in 2017.

“It started with Janette and Aljaz’s wedding. I thought, ‘What can I get them?’ I wanted it to be something personal, so I took two denim jackets and completely made them their own.”

More recently, she’s showed her 161k Instagram followers how to turn an old T-shirt into a top and skirt, and how to create headbands out of old tights.

“During lockdown I’ve been showing people how to do it and they’re sending me all their photos – it’s just so rewarding.

“The least thing I’ve done actually, is dancing,” continues Jones, who had to cancel a live tour with Manrara and another Strictly professional, Nadiya Bychkova, due to the coronavirus pandemic.

It’s not long until the new series of Strictly would begin – it usually starts in September – and she’s raring to go.

“I can’t wait to get dancing with my friends again in the room, full of enthusiasm,” she says with a grin. “And I’m sure the nation needs a bit of sparkle in this time!”

The BBC has announced the 2020 series will be shorter than usual, but no other details have been revealed about how the show will comply with social distancing rules.

“We’re still waiting to hear final details about how it’s gonna work because, you know, [guidelines] change every single day, don’t they? But we know we’ll be back,” says Jones, who last year was partnered with comedian Seann Walsh.

One rumour circulating is that Cheryl might step in to replace judge Bruno Tonioli if the Italian isn’t able to travel between London and LA, where he’s a judge on Dancing With The Stars.

How would Jones feel if the former Girls Aloud singer joined the Strictly family? “Well, we worked with Cheryl on The Greatest Dancer. She was fantastic, and so enthusiastic about it.

“She’s a lovely, lovely girl actually. I remember she’s always curious and genuine, asking questions, it was really nice working with her.”

Whatever happens, Jones is confident audiences will be happy when the battle for the glitterball trophy returns.

“We’ve seen some changes, you know, in the past with the judges… they always make the right decisions,” she says. “It’s still a really beloved show, and we  make it work no matter what.”