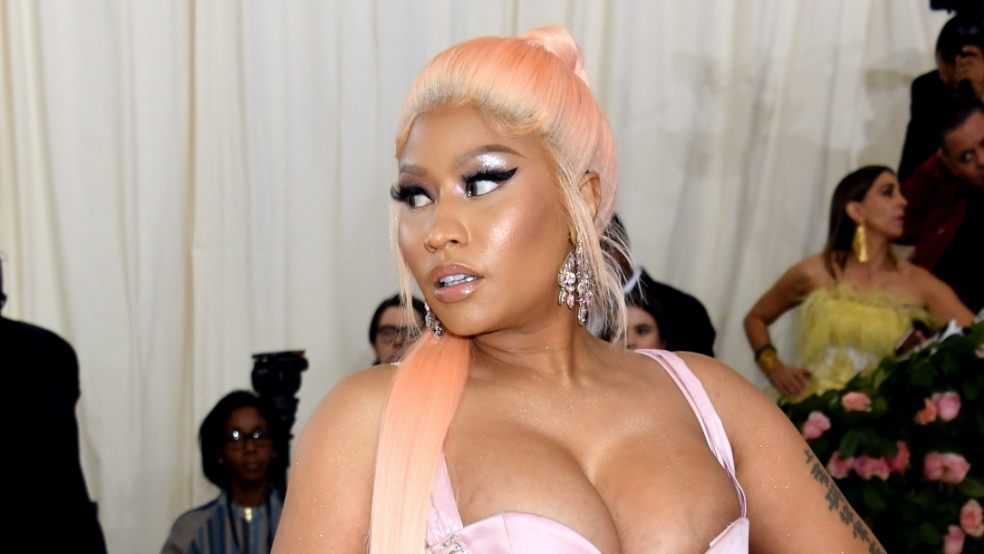 Congratulations are in order for Nicki Minaj, who has announced she’s expecting her first child in a series of brilliantly eye-popping Instagram posts.

We’d expect nothing less from the fashion-loving music star, who is following in the footsteps of many other famous mums who’ve chosen to share their baby news with a spectacular social media post.

Here are five of the most dazzling celebrity pregnancy announcements…

Top of the list has to be Beyonce, who is arguably the reason we’ve seen ever more elaborate social media pregnancy reveals over the last few years.

The pop icon announced in 2017 she was expecting twins Rumi and Sir with a photo on Instagram that quickly became the most liked post of that year – to date it has racked up more than 11 million likes.

And let’s not forget, back in 2011 the singer confirmed her first pregnancy, with daughter Blue Ivy, with a performance at the VMAs.

We think Katy Perry took inspiration from Queen Bey for her pregnancy reveal in March this year, but the singer went one further, debuting her baby bump with not just an Instagram post, but an entire music video.

The video for Never Worn White saw Perry, who is expecting her first child with fiance Orlando Bloom, donning a huge floral gown and headdress – reminiscent of the floral arrangement in Beyonce’s famous photo – before showing off her bump in a diaphanous white outfit at the end of the clip.

American singer Ciara unveiled her third pregnancy in January with an epic photo taken in the Caribbean.

Captioned simply ‘Number 3’ the picture, taken by her NFL player husband Russell Wilson, showed Ciara posing in a bikini on a rocky beach, her baby bump proudly on display against the blue sky backdrop.

Kate Hudson’s third pregnancy unveiling in 2018 doubled as a gender reveal, with the actor sharing a video where she pops pink confetti-filled balloons to announce she’s expecting a girl.

The 41-year-old revealed in the caption she had struggled with sickness during her first trimester and wanted to keep her pregnancy ‘under the radar’ but was ready to share her news with the world, saying: “It’s too darn challenging to hide, and frankly hiding is more exhausting than just coming out with it!”

Kylie Jenner pulled off an astonishing feat when she managed to go a whole nine months without confirming she was going to become a mum, despite intense speculation online.

The Keeping Up With The Kardashians star waited until after daughter Stormi was born in February 2018 to release a video chronicling the pregnancy and birth.

Then aged 20, the beauty mogul also posted a message on Twitter explaining why she had kept fans “in the dark”, saying: “I knew my baby would feel every stress and every emotion so I chose to do it this way for my little life and our happiness.”