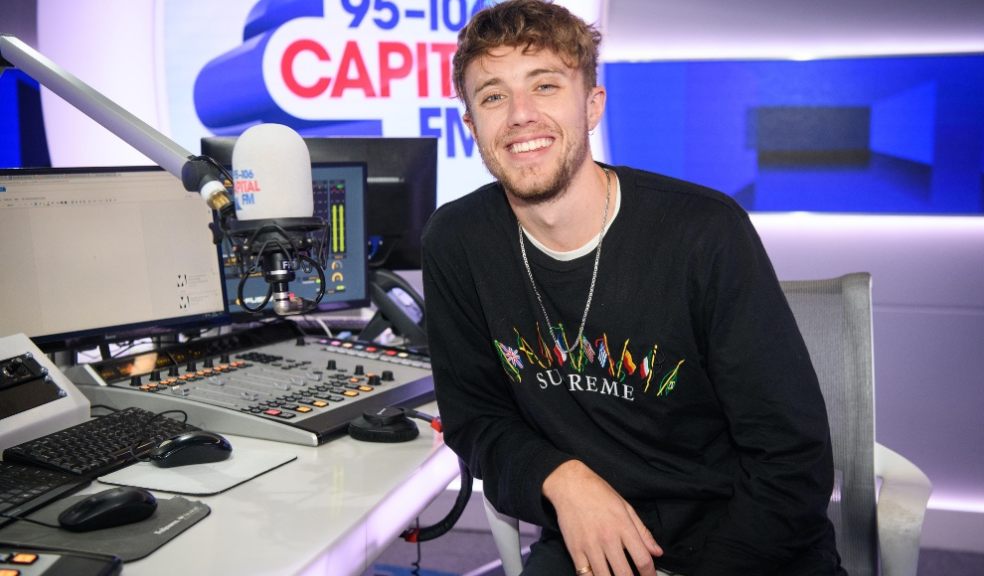 At the tender age of 27, Roman Kemp has already notched more accolades than most of us will get in a lifetime. The face of Capital One Breakfast, Kemp’s star really rose with a third place finish on I’m A Celebrity in 2019, and he’s a regular presenter on stage as well as radio.

Recently he’s also teamed up with his dad, former EastEnders actor and Spandau Ballet bassist Martin Kemp, on several projects including Celebrity Gogglebox. His latest venture is backing the controversial cause of coconut chocolate, in a Cadbury’s Inventor competition to elect a new bar…

Coconut and chocolate is not always popular – do you actually like it?

“If someone is talking up something, you sometimes think, ‘Ah, do they actually like it?’ but genuinely the Coconutty is now one of my favourites. It mostly tastes like white chocolate crumble inside a Dairy Milk bar. If I were to make a GOAT tier for chocolate bars, it would be there.

“[Plus] everyone has to have chocolate in their life – there’s chemicals in chocolate that make you feel good, but I’m buzzing to get back in the gym. When we start flying away, I’ve got to start working on that summer bod.”

Have you managed to avoid cabin fever then?

“I have. I’m always a bit off-keel anyway – when you host a breakfast show you can’t help but go a bit nuts, because every day you’re talking to millions of people, doing silly games and voices. I’ve been really fortunate throughout all of this to be able to go to work, and have that environment, and see London looking like the zombie apocalypse.”

Just how surreal was that?

“Extremely. I only ever did one show from home to see if it was alright – after that I went in every day, even through the peak. I was a bit apprehensive at first, but my dad was first on the phone telling me, ‘This is your duty, you’ve got to go and do this’, and he was dead right.”

How was lockdown for you outside the office?

“I’ve actually never been more proud. My granddad used to tell me about the war, about how people would step up to fly planes, and he always said you’d be surprised at people in those situations. There was that first weekend when we needed volunteers for the NHS, and I think 700,000 people volunteered. Those moments bring a massive sense of pride not only to those people, but to the whole country.”

Are there any positives you can take from the last few months?

“I’ve really learnt to disassociate from social pressures. Before, if you went on Instagram and you saw your mates going out, you thought, ‘Ah, I’m missing out, I’d better go out too’. That’s all changed. I’m a bit of a hermit anyway, but it’s really nice that it’s made people slow down. Now if you want a weekend at home not doing anything, you’re not afraid to have it.

“People have relaxed a bit – it’s the most time they’ve ever been able to spend at home – and it’s given everyone this huge sense of gratitude. If you’ve been through something and come out the other side, or if, like me, you’ve been lucky enough not to have been affected, it really puts things in perspective.

“People are grateful for tiny things like being able to see their grandparents, and it’s really important. I can only speak [as someone living in the] Western world, but I think we were stuck in this toxic way of living, through Instagram and celebrity, and that went within weeks. I really hope it carries on.”

The show itself is very high energy – did you find that hard to keep up?

“I was absolutely terrified, and I’d be lying if I said otherwise. I’m only 27 years old, the youngest person to ever host this show, and I’m going on air to however many millions of people to try and help them through.

“I think all you can do is be as real as possible, because people look to the radio for comfort in tough times. I get a lot of texts through the day on the show from ambulance drivers or hospital workers, and it’s very easy to forget you are talking to other people when you’re sat in a radio studio. It’s certainly been the scariest time in my life both personally and professionally – having that daunting feeling of trying to be an escape for so many people when you’re just 27.

“In the middle of it I had chats with Chris Moyles, Greg James and Johnny Vaughan, and they all said to be as honest as possible, so I’m grateful to those guys for helping me out.”

“I left school at 15 or 16, so in my own way I’ve been in this industry for 11 years. I’m more just grateful – I’m very, very lucky, having a lot of fun, and there’s nothing I can even begin to complain about. I’ve had a wonderfully privileged upbringing and had an alright career so far, so for me it’s about wanting to learn and understand about others.

“That’s why when the Black Lives Matter protests started I was really keen for us to talk about it, and bring people onto the show who could educate us on it.”

Was that difficult at all?

“No, because it was something we all wanted to do. There’s eight of us in the studio, and we were in the protests. We felt strongly about it, and we still feel strongly about it, because we’ve got a huge platform with young, impressionable listeners.”

What’s it been like working with your dad recently?

“That was hugely lucky. I know people watching Gogglebox were going, ‘How come they get to see each other?’ and it’s because of the rule that it’s work. It’s strange, and it feels like a cop out, but I think everyone agrees the rules have been confusing.”

He’s very much on your patch – has the student become the master?

“A little bit. Do you know what – yeah, and the reason I love my dad so much is that he knows that as well. He understands the craft that I have, which is completely different to his, and he asks, ‘What should I do?’ and, ‘How should I do it?’ It’s amazing for a father and son to work together like that – it’s just best mates helping each other out.”

Looking back over your career, do you have a ‘made it’ moment?

“It’s a toss up between my first ever show on Capital Breakfast, and being in I’m A Celeb. Since I was seven years old I’ve watched that show, and I was walking around in there just thinking, ‘I’m on the show’. Me and Andy Whyment just couldn’t believe it, and when I came out, people on the street suddenly knew who I was.”

And do you have a standout interview that sticks in the mind?

“I think I’m banned from talking to Jennifer Lawrence ever again, and I always enjoy that story because it was a prank that went wrong. When I first started at Capital I decided to turn up to a junket as a superfan, and reveal a tattoo of her face on my chest. I’ve never seen an interview get cut off like that in my life.”