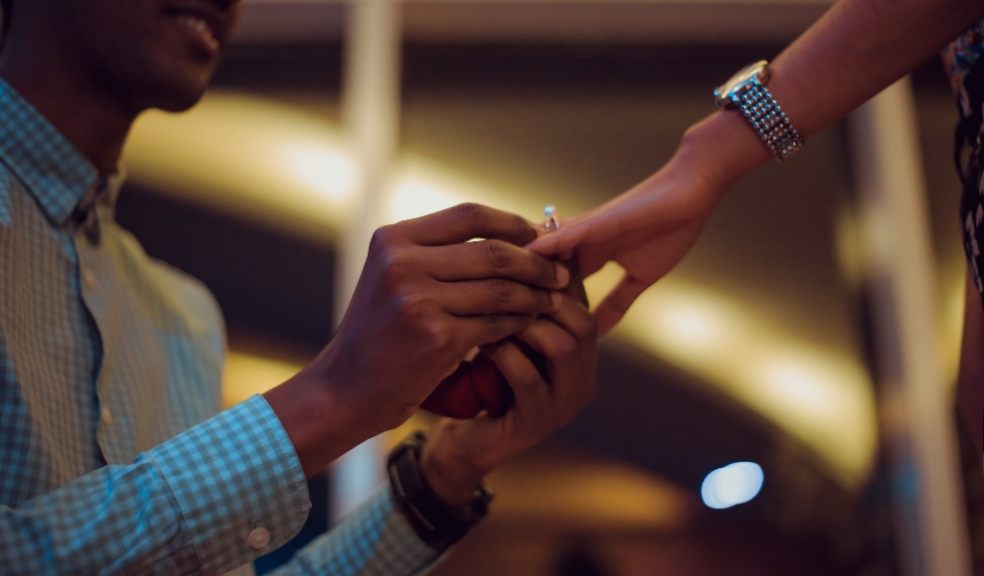 How much should we be spending on an engagement ring - the age old question that no one knows the answer for! While many of us ponder whether we’ve spent too little, (or too much), Hatton Gardens based jeweller, Diamonds Factory has taken the time to investigate how much people are actually spending on their engagement rings for their loved ones.

It’s widely understood that an engagement ring is one of the most expensive one-off purchases that you will ever make. Marketing myths, and so-called tradition has led us to believe that we should be spending up to 3 months salary, or up to 4 figures on a ring.

The team at Diamonds Factory have surveyed over 2300 people to find out a series of truths about the costs of engagement rings, including how much people think they should be spending and the regions that spend the most. They’ve also identified whether age, or gender plays a part in how much you think you should be spending on a ring.

How much are people spending on engagement rings?

In the UK, people on average spend a massive £1865 on an engagement ring. While this is still a significant amount, it’s dramatically lower than the average 3 month salary in the UK - £7650.

How does that compare to the other things we spend our money on?

On average, we spend £2115 on eating out a year, almost £250 more than we do on engagement rings! In addition, Brits spend almost the same amount on engagement rings as they do working in the office a year (including transport, food and social activities) - costing us a whopping £1712. Despite modestly spending £526 a year on clothes, we splash out for package holidays spending £1404, only £450 less than the average engagement ring cost.

How much do people think they should spend?

While Brits are already spending a fair chunk on engagement rings, our survey says they think they should be spending significantly more. Specifically, our respondents said they believe an engagement ring should actually cost £2853, which is almost £1000 more than what is currently being spent.

How does spending differ region to region?

Surprisingly, the South West exceeds London as the place that spends the most on rings, despite Londoners typically earning the most in the country. In contrast, almost every region thinks they should be spending more than they actually are, apart from those generous west-country folk.

How do the stats differ within age and gender?

The vast majority of the time men are the ones who purchase the engagement ring and propose. This tradition dates back to when women were seen as property and something to trade, with the ring symbolising that they belong to someone. Although our attitudes have fortunately modernised, our data shows that men do feel differently about how much an engagement ring should cost. Think they should spend at least £3354, while women think a ring should cost around £2760.

Does age play a factor in how much people think they should spend? - it seems so...

Our survey showed that over 55’s are spending the most on rings despite the fact that they think it should be significantly cheaper. In contrast, Millennials feel they should spend more on a ring, around £3045 - more than any other age group.

Ben Stinson Head of eCommerce had this to say on the matter:

It’s very interesting how customers are seeking out value, and getting more for their money without spending the standard “3 month’s salary rule”. With a big shift from traditional jewellers moving online, we’ve found customers are doing more research themselves, in finding exactly what they want - this doesn’t always mean spending big. There are some regional surprises as well. There’s an undeniable expectation that London has the greatest spending power but in actual fact it’s been overtaken by the South West.