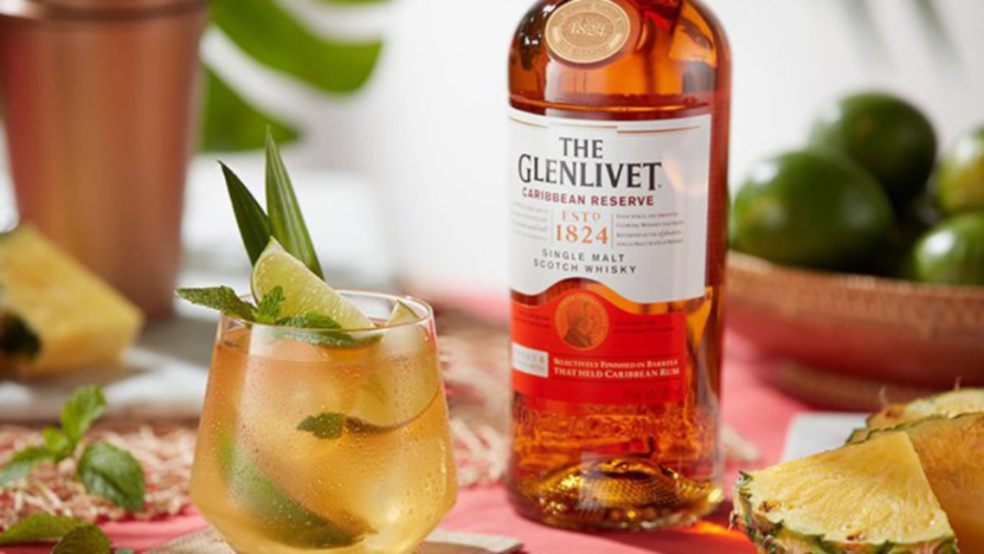 There’s a famous Peter Kay skit in which he explores the subject of unusual food combinations such as ‘garlic bread’ and ‘cheese cake’.

I must admit, I had a similar reaction when I learned that those fine folk at The Glenlivet distillery had decided to, and I quote: “Combine whisky’s traditional Scottish heritage with the flavour and soul of the Caribbean.” In other words, rum.

Whisky with rum? What are they thinking of? I thought to myself. However, in spite of my reservations, I generously agreed to sample a bottle.

Now, it’s at this point that I must admit that Scotch whisky isn’t my tipple of choice.

When it comes to shorts, my tastes aren’t particularly eclectic and so the only bottle in my cabinet is Makers’ Mark bourbon. Sacrilege, I know.

I prefer the smoother taste of the drink produced by our American cousins. Maybe that has something to do with the peat that is often used on this sceptred isle.

This new Glenlivet is matured in casks that had previously contained rum creating a bold, sweet and tropical end-result.

And, my goodness, it works.

The tasting guide says the drink evokes ‘rich tasting notes of caramel toffee that are followed by mandarin orange, vanilla and honeydew melon, whilst the nose conjures pear and red apple with the tropical twist of ripe bananas in syrup’.

All I know is that the flavour that previously turned me off Scotch has been transformed by this unusual marriage and I love it.

So much so, that may just be the last bottle of Makers’ Mark I buy!