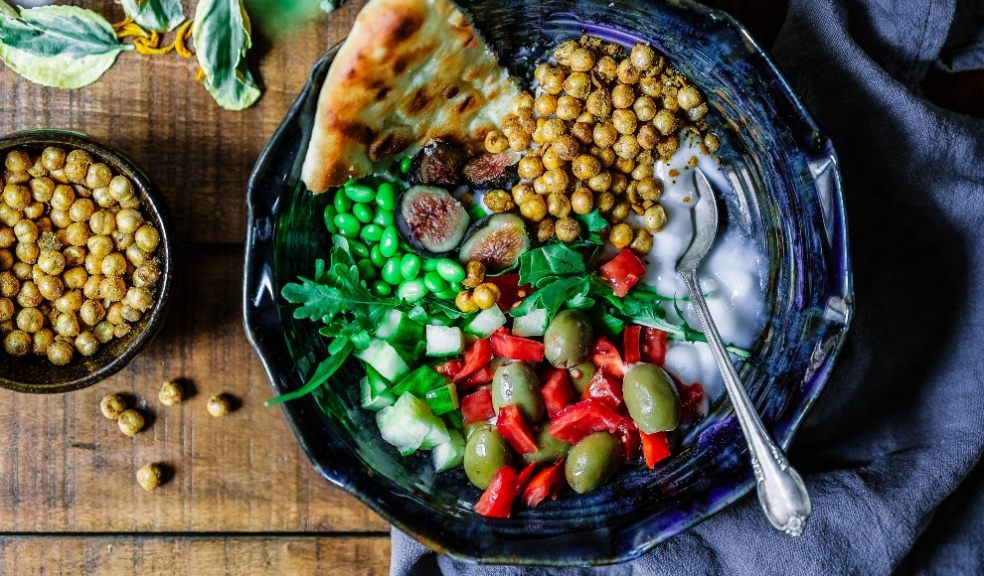 Millions of flexitarian Brits plan to eat more vegetarian food this year in a bid to be more environmentally friendly - and impress people on Instagram.

Research of 2,000 adults unveiled nearly a third (31 per cent) plan on eating more meat-free products in 2021 compared to last year.

The data revealed that Londoners are embracing plant-based more than any other region (46 per cent), followed by those in the West Midlands (34 per cent) and South West (32 per cent).

And while four in 10 have the environment at the forefront of their mind, others are more concerned about their social media profiles.

One in five want to be seen to be ‘doing their part’ in Veganuary, while 45 per cent simply don’t feel the need to eat meat every single day and 39 per cent acknowledge there are now good meat free options available.

The average adult reckons more than a quarter of their meals in January will be meat-free – equating to 1,255,500,000 meals, with those aged 18-34 eating the least meat.

In fact, respondents declared January as the month they expect to eat more vegetarian foods than any other in the year.

It also emerged more than a quarter (28 per cent) will deliberately decrease their meat intake this year - however, 69 per cent said they love meat too much to give it up full time.

A spokesman from Rustlers, which commissioned the research following the launch of their Moroccan vegetarian burger, said: “In recent years we’ve embraced new lifestyles and adopted different attitudes towards diet, with reducing our meat intake firmly on the agenda.

“Of course, you do not have to give up meat to enjoy a vegetarian snack or meal, and it seems as though more people identifying as flexitarian is likely in 2021.

“January is always a popular time to try reducing out meat, with a number of people likely to be taking on Veganuary or trying to use the New Year as a time to try something new.”

This time next year, 31 per cent would hope to consider themselves a flexitarian – with 38 per cent believing they are more likely to go flexitarian than ever before.

Other big influences on going meat-free were attempts to change diet and there being more readily available veggie options.

More than half of those polled said they thought vegetarian meat alternatives taste a lot better now than they used to.

Meat-free burgers, sausages and mince were the most likely alternatives Brits would try – with dinner time proving a more popular time to experiment rather than lunch.

Food Psychologist, Greg Tucker, commented on the findings: “January is a new start and people feel more motivated to try something different – usually for themselves and for the world around them.

“Ultimately it is this virtuous circle – doing good and feeling good - that keeps us motivated because we get a positive emotional outcome.

“Like the research results suggest, more people are now making the switch to a flexitarian diet and cutting down on their meat intake, which is more environmentally friendly – it’s no longer ‘Doing Without’ but ‘Doing Better’!”

A spokesman from Rustlers, added: “At Rustlers, we wanted to bring a delicious and exciting vegetarian burger to the market, that doesn’t lack on taste by exploring world flavours, whilst still being convenient and without compromising on enjoyment.

“Whatever your reasons for trying more veggie products this year, there are certainly more delicious products out there than ever before - so it’s a great time to experiment.”

Top 10 tips from Rustler’s Food Psychologist, Greg Tucker, on how to embrace a ‘flexitarian’ lifestyle:

1. Today’s veggie products are more innovative and don’t compromise on taste. Selecting products that boast exciting spice blends and flavours are far more enjoyable – think what you gain not what you are going without

2. Going ‘all in’ can be too hard for some so alternating veggie and meat days (flexitarian) or simply starting with a couple of veggie days a week and building up the ratio can get you into having a healthier diet without feeling you have forsaken meat

3. Roasting veg makes it taste more exciting! This convenient cooking method ensures that the nutrients remain in the vegetable

4. Have variety in your diet is important - eat a bigger range of veg to keep the interest up

5. Make sure you’re eating the ‘rainbow’ – make sure your plate of food is a range of bright colours. For example, select veg such as broccoli, sweet corn or peppers that have many important nutrients and minerals

6. Texture matters – make sure that variety includes different textures such as soft tomatoes and crunchy carrots

7. Don’t obsess with it being a meal made of veggies – focus on creating a really flavoursome dish using seasoning, herbs and different cooking techniques such as roasting and even pureeing to make a sauce. Deliver a feast of flavours, not just a wall of veg.

8. Start slowly and pick something veggie that you associate with your favourite meal! Why not try a burger where the patty is made from falafel or a pizza that has some tasty winter veg topping.

9. Make a veggie meal more of an event - incorporate exciting sauces such gochujang, wasabi, chutneys, or kimchi so there is something to relish that is tangy and lip-tingling to fire up the tastebuds

10. Make sure your vegetarian main includes a delicious side like homemade chips. Other veggies that you can try including are popular sweet potato, carrot or even honey-glazed sweet parsnips