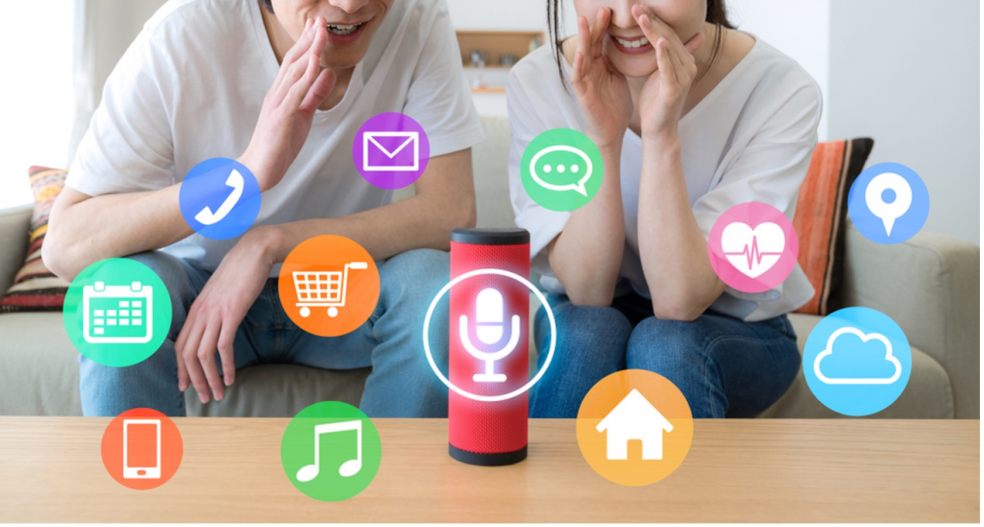 At the dawn of the 2010s, nobody knew who Alexa was, and Siri was a 24-person startup that Apple didn’t even own. The idea of having a voice-activated automated assistant in your home, your vehicle or even a device like bluetooth motorcycle helmet speakers was brand new.

A decade or more later, smart speakers and voice assistants have changed our lives in an incredible variety of ways. However, both are still relatively young technologies with an immense amount of room for growth and innovation. What could be next for these high-profile technologies? Alexa, tell us about five ways that voice assistants and smart speakers could change in the next 10 years.

As smart appliances and devices proliferate in consumers’ lives, increasing numbers of them will come with built-in voice assistants. Some of these assistants will include fully-functional voice assistants with an ever-expanding list of skills. Others will feature a range of simple commands and connectivity features that give them a greater degree of integration with other IoT systems.

Smart appliances are perfect examples of how this could work. Major brands like Whirlpool already feature smart home integration on their flagship models. Owners of these appliances can preheat the oven, activate robot vacuum cleaners, start the dishwasher and more—all through a touch of an app or a word to a voice assistant.

With consumers entrusting an increasing amount of personal information to their voice assistants, these devices will become even more attractive targets for cybercriminals. Tech leaders will have to work hard to stay ahead of the game.

That dance will become ever more complicated as smart home networks expand to include greater numbers of “attack surfaces,” or devices where network intruders might find a foothold. Every IoT device added to a network is a possible vulnerability, and security professionals regularly report on the security flaws of Alexa and other voice assistants.

That’s why getting security right for payments and other sensitive information sent through voice assistants is an urgent priority for companies like Google and Amazon. Consumers want to shop through these channels and use these features, but they also demand to know that their personal information is safe.

Push notifications are the app notifications that pop up on your device to inform you about new messages, changes in-app status or just about anything else. They’re a staple of UI design for all kinds of apps. But what’s relatively new is the ability to offer push notifications for third-party apps through popular voice assistants like Alexa and Google Home.

Most users will likely only use audio push notifications for a few important functions, such as calendar appointments. But many customers will appreciate the flexibility of getting push notifications from, for example, an app reminding them to do their yoga or telling them when their grocery order is ready.

Just beware: Once voice push notifications become more commonplace, you may have to go fix your relatives’ Alexa because they somehow turned on voice notifications for every app they have. And that illustrates another increasingly important point for the future of voice assistants: the necessity of streamlining.

As AI voice assistants increase in complexity and features, a streamlined and user-friendly UI will become even more important than it is now. Users who depend on voice assistants for a wide variety of everyday household tasks will have low patience for finicky interfaces or bad search results, which means that designers and engineers will have to be ever more diligent and aware of creating people-centered tech.

Google and Amazon both recently took an important step toward a friendlier UI by streamlining their use of wake words to achieve a more conversational feel. Both Google Home and Alexa no longer require a wake word to be used with every command. This functionality will allow users to communicate with their voice assistants using a more natural syntax that flows more easily when on the go or around the house.

Search engine marketing strategies are already in a near-constant state of flux, thanks to frequent algorithm changes by search engine providers. But those are minor tweaks compared to the paradigm shift in SEO that will occur as voice search traffic becomes increasingly common.

Marketers will need to pay close attention to tasks like keyword research as they develop strategies for the new world of voice SEO. Research has shown that, currently, voice keywords tend to be more conversational and question-based, and they include many long-tail keywords. These searches are much more likely to be phrased in natural language, so a user might ask “Siri, what movies are playing near me?” rather than searching for something like “movies playing tonight Chicago.”

Contextual information will also become even more critical for SEO marketing. A person checking out local restaurants on their living room Alexa unit will likely be looking for something different than someone performing the same search queries from their voice assistant on their Bluetooth mesh communication system. As voice assistants become more commonplace and the data metrics available from search engines become increasingly specific, SEO marketers will need to keep these factors in mind.

One thing is for sure: With the number of voice assistants and smart speakers in the world now, an ever-expanding list of resources will be just a wake word away. And as the technological capacities of our voice assistants become greater, so will the degree to which our lives become intertwined with them—so you should probably make sure you’re speaking politely to Alexa, just in case.