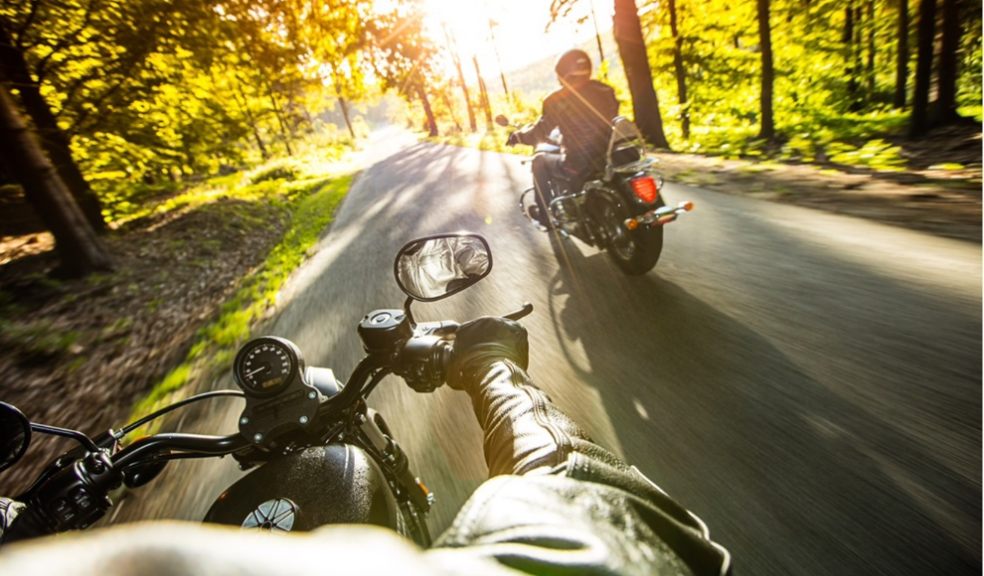 Motorcycles inspire crazy levels of passion in those who love to ride them, and they also come with a significant set of built-in risks. Put those two together, and you’ve got a recipe for myths and misinformation that are constantly bubbling up to confuse riders old and new. It seems like everyone’s got their own piece of apocryphal advice about motorcycles, and it can be confusing for anybody trying to sort out myth from fact.

It’s time to investigate six common myths about riding a motorcycle. Each of these misconceptions is one that you might hear in your riding club, on your favorite motorcycle forum or coming over your Bluetooth motorcycle helmet system from your buddy. Next time you do, you’ll be equipped with the facts that can help you set the record straight.

Riding on surface streets and on freeways is certainly a different experience, but one isn’t “safer” than the other. Each comes with its own set of risks. On surface streets, you’ll have to watch out for pedestrians, cars coming out of side streets, oncoming traffic and busy intersections. On highways, high speeds, merging traffic, flying debris and potholes are the main threats.

The best practices of safe riding, however, will help protect you no matter where you’re riding. Skills like evasive maneuvering and road awareness are critical for both highway and surface street riders, so take the time to learn them. And don’t forget that some of the sneakiest dangers for a rider are actually in parking lots, where oblivious and overconfident drivers combine with the challenge of low speed maneuvering.

Racing tires have much less tread than road tires; instead, they rely on stickiness that comes when the tires get very hot, as they tend to do at track bike speeds. On a totally dry road, racing slicks can be OK. But when it comes to riding on wet roads, racing tires lose almost all of their grip, and they don’t have grooves in them to channel water away from the tires.

The problem here is that most riders aren’t going to go to the effort of putting on a new set of tires before a ride just because there’s a chance of rain that day. On top of that, rain can come up when you don’t expect it, and the absolute last thing you want is to get caught in a summer thunderstorm on a set of slicks. Get yourself a good set of all-weather road tires and save the slicks for track day.

How many times have you heard another rider tell a story that ends with them “having to lay the bike down” to avoid a collision? Turns out that laying a bike down is mostly a fancy and responsibility-evading way of saying “I crashed.” Laying it down doesn’t help you avoid obstacles all that effectively, and you lose all control the minute the bike is on the pavement.

Your brakes and your evasive maneuvering will usually help you avoid an unexpected obstacle much better than throwing your baby down on the blacktop. Learn to use progressive braking to maintain control without having to slam on the brakes. And if you crash, admit it and analyze how you could have handled the situation better.

Is this you? If not, ditch the racing slicks.

Often, this myth comes from people encouraging you to wear proper gear on your ride. The idea is that, by accepting that everyone is destined to crash eventually, you’ll be more likely to equip yourself the right way. And you should be wearing all the gear, all the time, so the thought behind this is well-intentioned.

The problem is that this concept has a psychological effect on both riders and non-riders. When we see motorcycle crashes as inevitable, we’re less likely to do everything we can to avoid them. The fact is that there’s almost always something you can do to mitigate the impact of a crash, if not avoid it entirely. That doesn’t mean you should beat yourself up if you do crash, though. It does happen to a lot of riders, so talk it through with some experienced buddies and figure out what went wrong.

Riding motorcycles is for everybody! In fact, women represent by far the fastest-growing demographic of people who ride motorcycles. Women’s motorcycle clubs are increasingly common, and big companies like Harley-Davidson are swiftly waking up to the fact that at least one in five of their next generation of riders will be female.

There might have been a time when motorcycling was a boys’ club, but that era is (thank goodness) getting farther in the past every day. Riders who are stuck in the past are likely to get left behind by a riding world that’s swiftly becoming more welcoming and intersectional.

We might make a few enemies with this one, but sorry—the “loud pipes save lives” thing really just isn’t true. That’s because the majority of the sound created by your motorcycle’s exhaust is directed behind it, rather than in front of it, where it would be more helpful in alerting a merging motorist.

There’s nothing wrong with a great set of pipes. The sound of a well-tuned engine is part of the appeal of riding for a lot of people just as much as the sound of classic rock in your Bluetooth motorcycle helmet speakers. But you don’t have to defend your pipes on safety grounds, and you definitely shouldn’t depend on them to make drivers aware of your presence. Wearing bright colors and riding defensively are much more effective at protecting you on the road.