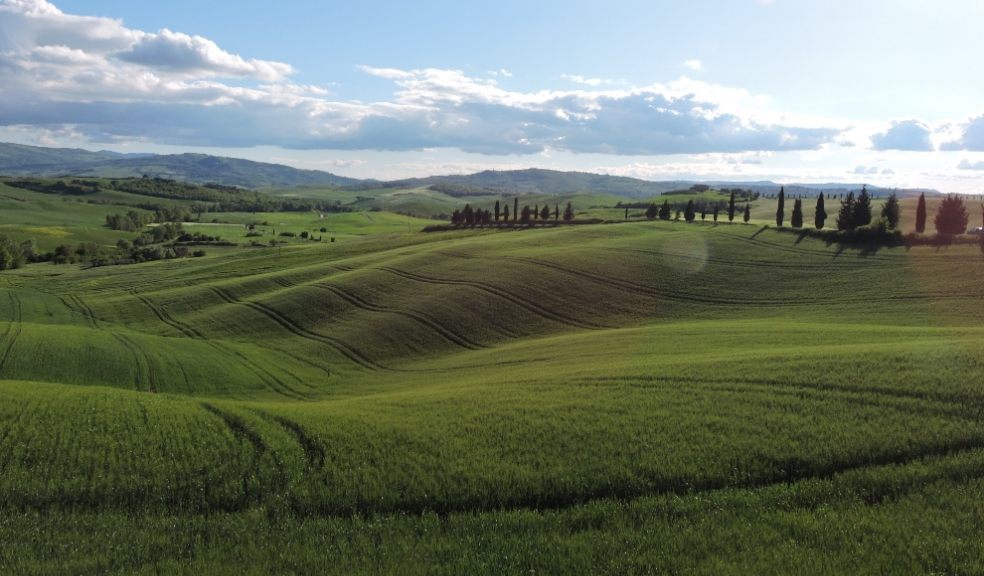 Lonely Planet has revealed its top six recommended road trips for exploring Great Britain, published in its new guidebook - Great Britain’s Best Trips. The leading global travel authority has selected six (one for each region) out of the 36 routes listed, which best represent the rich and diverse natural, cultural and historic attractions available to Brits planning their staycations.

Out of the five road trip routes recommended for exploring the south west of England, the route from Winchester to Glastonbury and Bath has ranked as number one for the region, thanks to its archaeological and architectural sights, natural beauty and essence of old England.

A recent Lonely Planet survey of more than 1,000 travellers, found that nearly half (41%) had not taken a British road trip before and that the combination of concern about countries going on to the amber / red lists (48%) alongside Britain having many has beautiful places they would still like to explore (49%) are influencing staycation choices. The research also found the prospect of avoiding PCR testing (39%), the ease of domestic adventures (34%) and no need for a vaccination (25%) is all adding to Britain’s appeal.

In light of no countries being added to the green list last week, and with 58% of travellers who would usually travel abroad now planning staycations due to the ongoing uncertainty of the pandemic, there has never been a better time to explore Great Britain. The spectacular, quaint and quirky experiences, immense history and culture that Britain has to offer, is too often overlooked by domestic holidaymakers.

Lonely Planet Great Britain’s Best Trips is a one-stop-shop, comprehensive guide of 36 road trip routes, ranging from four days to three-weeks, leading from one memorable experience to the next, combining iconic tourist attractions with lesser-known gems. Ideal for the beginner road tripper seeking inspiration and for those wanting to delve into the detail to plan the perfect road trip.

At a time when many traditional holiday resorts are already reporting strong staycation demand, the top six road trip routes have been carefully selected to highlight less obvious locations and routes that may not have previously been considered. Highlighting classic attractions in less high profiled areas to inspire adventure beyond the comfort zone and provide a true taste of the region.

UK based Tom Hall, Lonely Planet’s Head of Experience commented “There has never been a better time to explore Great Britain. Taking a road trip means you can explore more of the rich cultural heritage, natural beauty and incredible experiences on our doorstep. Great Britain’s Best Trips covers England, Scotland, and Wales, providing suggestions for alternative destinations to visit, away from the busy tourist hotspots. Combining towns and cities, with coast and countryside, soaking up history, culture and British hospitality along the way to truly get to know our amazing isles.

Domestic tourism, and our cities in particular, need our help right now and what better way to support local businesses, communities and attractions than to explore new places you may not have previously considered. Either for  a long immersive road trip or a short jaunt, 2021 is the time to tick off the places you’ve been meaning to visit and discover somewhere new.”

South West England – Winchester to Glastonbury & Bath: Tour the essence of old England and experience her best archaeological and architectural sights, encountering England’s most extraordinary constructions, from the 5000-year-old Stonehenge, still-stunning Roman baths and soaring cathedrals. Add a safari park, stalactite-filled caverns and a saucy chalk figure for a vivid taste of history. Starting in Winchester, with stops including Stonehenge, Shaftesbury, Sherbourne, Glastonbury, Wells and finishing in the stunning city of Bath.

Southern & Eastern England – Suffolk to the Norfolk Shore: Combine a coastal holiday with history and heritage by charting the changing character of the English coastline, from dignified resorts to a wild sweep of sandy beaches, backed by dunes and endless marshes where myriad bird species gather. Starting in Aldeburgh, with stops including Southwold, Norwich, Cromer, Cley-next-the-Sea, Holkham Hall and ending in the historic port town of Kings Lynn.

Central England – Midland’s Battlefields, Castles & Stately Homes: English history unfolds in all its pomp and ceremony along this drive-through timeline of English history, through the country’s heart where royal battles were fought, castles were besieged and the aristocracy built palatial manors. Starting in Robin Hood’s legendary Nottingham, driving through a scenic patchwork of green dairy and crop fields with stops in Richard III’s Leicester and Bosworth Battlefield, medieval Warwick, Brixworth, Burghley House and ending in the beautiful cathedral city of Lincoln.

North of England - North York Moors & Coast: Beyond the Roman city of York and the aristocratic splendour of Castle Howard, this varied tour takes in ancient architecture, wild moorland scenery, picture-postcard villages complete with steam trains and a bustling harbour town with macabre literary connections. Starting in York with stops at Malton, Helmsley, Danby, Goathland and Whitby with its Gothic abbey and links to Bram Stoker’s Dracula, the route ends in the picturesque fishing village of Robin Hood’s Bay.

Wales – Northwest Wales: Imposing castles and sensational coasts, shaped by pilgrims, conquerors and the restless sea, northwest Wales is extraordinary and offers some of Wales’ best touring routes. Starting from the bustling seaside resort of Llandudno, whose Victorian spirit lingers on, this trip takes in some of the mightiest castles and most dramatic coastline in the entire country. Stopping at the medieval towns of Conwy, Beaumaris and Caernarfon on to the Llŷn Peninsula’s enchanting mix of pastoral landscapes and rugged cliffs to heritage towns of Aberdaron, Abersoch, Barmouth and Dolgellau.

Scotland – Ferry Hopping: Jumping around the enchanting islands of the west coast on the ferry network – celebrating laidback lifestyles, seafood and sipping whisky along the way, is one of Scotland’s iconic pleasures. Starting in the intoxicating vibrant city of Glasgow, filled with excellent art, design, food and pubs, this tour takes in four of Scotland’s most enticing islands and offers an in-depth exploration of southwestern Scotland. Incorporating the stunningly scenic Arran, Islay’s welcoming distilleries, Oban’s seafood scene, Mull’s heart-lifting landscapes and the enchanting holy isle of Iona, and ending in the pretty town of Tobermory. The ferry trips themselves offer sensational coastal perspectives and wildlife-spotting opportunities – are part of the adventure.