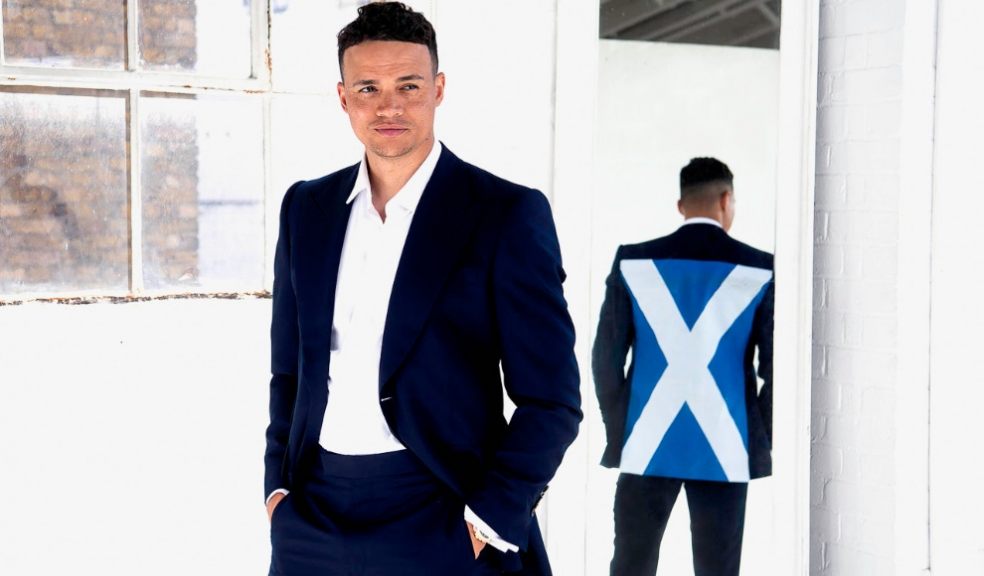 England v Scotland is the oldest and most intense rivalry in the history of international football. The last time the two sides met in the European Championship was at Wembley in 1996, which was an epic encounter that saw England win 2-0, on the day. With the rival sides set to meet again at Wembley on 18th June, Scots fans will be desperate to get a victory over the ‘Auld Enemy’.

To celebrate the impending clash and bring to life the fact that football isn’t half as fun without your rivals, official UEFA EURO 2020 Partner Heineken teamed up with Scottish football legend Ally McCoist to stitch-up England rival and fellow pundit Jermaine Jenas into the ultimate friendly wind-up - posing in a tailor-made suit emblazoned with The Saltire across the back.

Ally is the passionate Scot who scored Scotland’s last goal in a Euros tournament and was on the field when England beat Scotland in 1996. His mate and fellow pundit Jermaine is the stylish former England international, who seamlessly crossed over into the world of broadcasting.

Ally teamed up with Heineken to convince Jermaine that he’d been given the honour of modelling a specially made commemorative suit to mark the 60th anniversary of the European Championship. What Jermaine was not to know was that Ally was directing the suit design, photo shoot and a fake live broadcast behind the scenes. In classic Scottish style, Ally enlisted fellow Scot, sports presenter Emma Dodds, to host a ‘live broadcast’ of Jermaine’s glossy photoshoot.

The ruse began with a fitting at a renowned Savile Row tailor, where Jermaine was measured by an over-assertive tailor, played by an actor. Having obtained Jermaine’s measurements, Ally briefed the tailor to provide the surprise addition to the beautifully cut suit – a giant Saltire (Flag of Scotland) embroidered on the back.

Jermaine has been the subject of many a fashion shoot but became increasingly unsettled and distracted by the peculiar behaviour of the tailor on set and by the questions fired at him by Emma. With Jermaine distracted, he had no idea that the jacket had been switched, resulting in him obliviously posing in Ally’s Scottish masterpiece.

When Emma asks Jermaine to check out the back of the jacket on the monitor, he instantly realises he’s been duped, which is the cue for Ally, accompanied by a piper playing Scotland the Brave, to storm the set. At the end, Jermaine, Ally and Emma celebrate the moment by sharing a Heineken and having a laugh together as they look ahead to the hugely anticipated clash.

Jermaine Jenas said: “I was very flattered to be asked to model the anniversary suit, it was made by a brilliant Savile Row tailor. I like my fashion and nothing seemed out of the ordinary about the shoot until I realised that I was being broadcast with the flag of our biggest rivals spread across my back. When Ally appeared out of nowhere, the penny dropped as there were a few other Scottish references throughout the day. Hopefully, England will take the victory on 18th June and that might keep even Ally McCoist quiet.”

Ally McCoist said: “Jermaine is a dapper fellow who can strike a pose even better than he could a football. We just knew he wouldn’t be able to resist the offer of tailor-made suit and a photoshoot. Everyone present could see what was on his back apart from him and I took great pleasure in getting him to model it for the camera. Jermaine’s face was an absolute picture when he realised he’d been stitched up. This is a victory for the Scots and I’ll raise my glass for another one at Wembley!”

Emma Dodds said: “I’ve never had so much fun seeing an interviewee unsettled by the carefully planned comments and distractions going on around. Jermaine is normally so calm and composed in front of the camera, but he looked very confused. Let’s hope that the Scots unsettle England in the same fashion when they meet on the pitch.”

Michael Gillane, UK Marketing Director for Heineken commented: “This is the oldest rivalry in world football and fans of both nations have been enjoying the passion and drama of it for generations. We’ve all missed live football and to be able to come back together and enjoy the friendly rivalry once again, really makes the experience all the richer. We’ve had to wait an extra year for the kick-off and as Official Partner for the UEFA EURO 2020 this is a unique occasion for fans to finally come back together, get behind their team and enjoy the rivalry over a Heineken once more.”

The activation is part of a wider global campaign from Heineken, ‘Finally Together’ which recognises the long-awaited reunion with fans, and the rivalries that go alongside – bringing energy and positivity to the sport and fans alike.

You can watch the set-up unfold here: https://youtu.be/nJZREon4_98