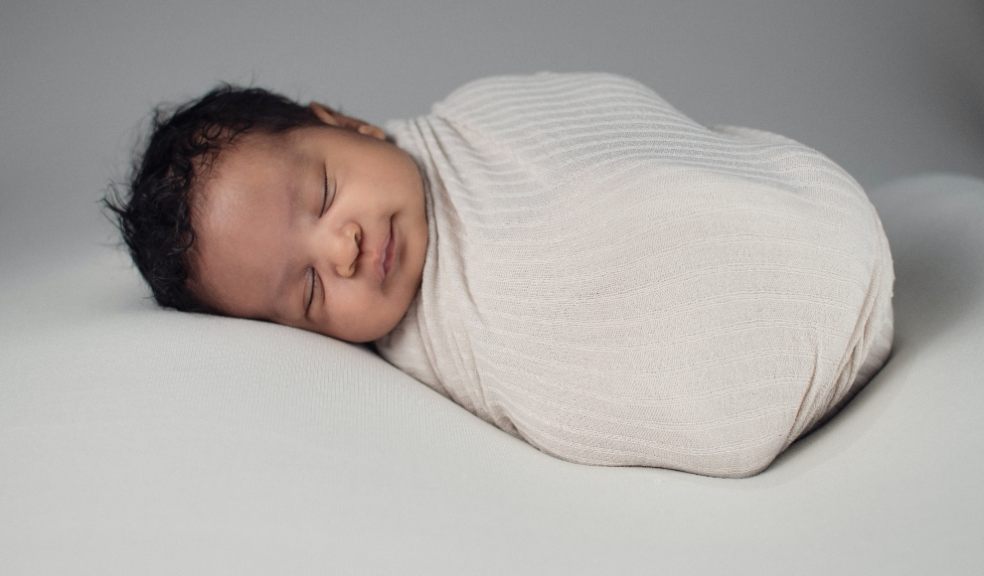 So they got down on one knee, you said yes (or vice versa), and now you’re sporting your new sparkly engagement rings.

What’s next? Beyond being excited about getting married, perhaps you’re already dreaming about baby names and searching for future inspiration. Well, what better place to find your baby’s name than the royals?

Monarchies in Europe date back to prehistoric times with tribal kingships across the continent beginning their reign before the written word.

Although many countries decided to abolish their monarchies during the 20th century, there are still plenty of strong royal families overseeing many European countries.

Diamonds Factory was curious and decided to investigate which of the royal baby names were the most favoured.

To do this, they looked into all of the most common names of reigning sovereigns across multiple monarchies in Europe to find which are the most popular.
WHAT’S IN A NAME?

The various European monarchies have many similarities. They’re all deeply beloved by their subjects, they’re all constitutional - meaning they don’t have an influence on their countries’ politics, and almost every royal family descends from the same ancestor.

Although there are many less royal families than there were at the beginning of the 20th century, there are still around 10 across Europe.

Traditionally, royal names are decided by pulling from a small pool of names.

There are exceptions to the rule but usually, they do this as a way to pay tribute to past monarchs and add familial connection - much like grandchildren being given the name of their grandparent.

Thanks to many of the monarchs across Europe being descended from the same ancestor (King George II), and plenty of royal families marrying into each other for stronger alliances over the centuries, this does tend to lead to repeating names, or at the very least names that are similar to each other.

But which names rule the roost and come out on top? Check out the findings below.

THE MOST POPULAR FEMALE NAMES

There are significantly fewer ruling female monarchs than there are male but there is still a popularity list when it comes to names.

The top five girls' names from across Europe come from England, Romania, and Germany.

Margaret (as well as the alternative spelling of Margareta) is at the top of the list of all female monarch names.

You can find queens and rulers called Margaret in countries such as Scotland, as well as the alternative spelling in Sweden, Romania, Norway and Germany.

The names Marie and Maria follow in second and third place with their roots in Romania and Germany while Mary, a popular name in England and Scotland follows up in fourth place.

Last, but not least, we have the name Anne in 5th place. Meaning ‘grace’ in Latin and Hebrew, Anne is a popular name that can be found mostly in England, Romania and Greece.

THE MOST POPULAR MALE NAMES

There’s a significantly larger proportion of male rulers so we had a much larger pool of names to look into when it came to popular male names. France and Sweden come out on top and boast a lot of the most popular male names on our list.

Charles has by far the most number of sovereigns to its name with a whopping 54 different monarchs being called Charles. Most of these Charles’s hail from France with Sweden, Spain, Monaco, and Italy making up the rest.

Second on the ranking of male baby names is Louis. France is also the largest contributor of monarchs called Louis with Andorra, Monaco, Italy and Germany having a few as well. John is our third most popular male name and can be found most notably in Portugal’s royal history as well as Spain and the Netherlands.

In an honourable fourth place, we have the name Henry (as well as the alternative spellings of Henri and Henryk). Henry is most popular in England and Germany but you can also find various royals with the name Henris in France as well.

Finally, we finish our list with Phillip and Phillippe. The most notable royal families with this name can be found in Spain and Belgium.

The history of monarchy in the United Kingdom is long and messy, but from it, we have a few very popular names. The name Edward comes out on top with a whopping 11 kings of this name, the most recent of which was in 1936 with Edward VIII. He abdicated after only 327 days on the throne and was succeeded by George VI, the third most popular name on our list. The name Henry takes the second most popular spot with a total of 8 monarchs, the most recent of which being the infamous Henry VIII. The last two names on our list are William and Richard. William III ruled from 1689 - 1702 and was succeeded by Queen Anne after the political union. The last “true” royal Richard to rule was Richard III in 1483 (but there has also been at least one regent called Richard).

Since the political union of the Kingdom of England and the Kingdom of Scotland in 1707, there have been three female ruling monarchs in the UK. All three of whose names appear on our list of popular names. Queen Anne ruled from 1702 until her death in 1714. Queen Victoria took the throne in 1837 and ruled until she also passed away in 1901 after an unprecedented 63 years on the throne. The top name on our list is, unsurprisingly, also connected to the current queen of England, Queen Elizabeth II who has ruled since 1952 - an impressive 69 years so far. The other two names, Mary and Jane, both came before the political union in the 1700s.

Though most rulers in the United Kingdom use their first baptismal name as their regnal name, occasionally monarchs have chosen to rule using a different name. Queen Victoria, for example, was christened with the name Alexandrina Victoria but took the name Victoria when she became queen, Prince Albert Edward took the regnal name Edward VII and Prince Albert, Duke of York, assumed the title King George VI. There is also speculation that Charles, Prince of Wales (current heir to the throne) may choose to be known by a different name so as to avoid comparison with the Charles II of England.

Moving onto Spain, we have a number of popular names. Phillip is at the top of popular names in Spanish royalty with five kings having this moniker. The current king of Spain has a very similar name to Phillip but with a slightly different spelling of Felipe. Charles is another very popular name in Spain with the last King Charles being Charles IV who ruled from 1788 to 1808, while the name Ferdinand holds the number three spot with three royals being called this. Finally, in fourth and fifth place, we have John and Alfonso with just two monarchs each. The last Alfonso was on the throne as recently as the 1930s!

The final country we looked into was Italy. Although the Italian monarchy was abolished in the 1940s, they still have a King in Pretense and we can still look back on the most popular names of past rulers. The name Louis came out on top in Bel Paese (beautiful country) with three of their ruling monarchs being called this. The last Louis to rule over Italy was Louis IV in the 1300s. Lothair, Charles, and Berengar were our next popular names with two monarchs each before we finally reach Pippin with just one monarch boasting this unusual moniker.

Sweden has a long history of monarchs and plenty of the names we see are passed down to future royals. Charles dominates the list with 8 past monarchs boasting the name. The last ruler to be called Charles passed away in 1872 after a 13-year rule. The names Eric, Christian, and Gustav are also popular names among Swedish royalty. The last Gustav to rule passed away in the 1970s however the current king of Sweden is called Carl XVI Gustav so the name is still going strong in the lineage.

In terms of female rulers of Sweden, there are far less than male ones with only one of each name appearing. The one and only Christina ruled from 1632 to 1634 whereas Queen Margaret ruled during the 1400s. Although the female rulers are few and far between, the successor to the current king will be Princess Victoria who will be the first female monarch since the 1700s after Queen Ulrika.

Although the German royal family was abolished in 1918, the German empire still had a long history of familial names being passed down between generations. At the top of the ranks, the name Henry is leagues ahead in popularity with eight different monarchs boasting this popular name. The last Henry to rule Germany was Henry VII whose rule ended in 1313. Since then, names such as Charles, Louis, Conrad and Henrick have taken over in popularity with five monarchs of each name ruling over the empire.

Women were forbidden from ruling Germany in their own right however plenty of female monarchs have sat beside their husbands to rule over the country and claimed the title of queen. Elizabeth is at the top of our list with seven different monarchs being given the name, the most recent of which ruled with her husband from 1711 to 1740. Second is Maria who was on the throne as recently as the early 1800s. There have been four Beatrices and Isabellas over time as well, making them the next most popular names and there has also been two Cunigundes which is a very unusual name created with the combined Germanic words meaning “clan” and “war”.

Norway has a really long history of monarchs dating back to the year 872. The name Haakon is at the top of our list of popular names with the third king of Norway being the first to be named this and 11 others following since. The most recent Haakon was Haakon VII who ruled from 1905 - 1957. Next, the names Magnus and Christian draw with a total of eight monarchs each, the most recent Magnus being Magnus VII Eriksson who ruled from 1319 to 1343 and the most recent Christian was Christian Frederick who reigned for only four months in 1814. Next, we have the name Harald. Six monarchs have had this name and both the first and current kings of Norway are both called Harald. Finally, Sigurd is the last with another six rulers having this name, the most recent being Sigurd II Haraldsson in the 1100s.

Moving on to Austria, we find another country with a very long history of monarchs. Our top Austrian name is Albert which has been recorded to belong to eight different monarchs over the centuries. The most recent Albert in Austrian history was Albert VII who ruled during 1619. Taking second place with a total of five royals with this moniker over Austria’s history is the name Rudolf. Meaning “fame” or “glory” in old Germanic, the most recent Rudolf to rule over Austria was Rudolf V in the 1500s. Frederick, Otto, and Leopold can all be found across royal Austrian history as well and Leopold was also the name of the first king of Austria.

As you can see, the pool of names from the various royal families across Europe has some really strong contenders for your future children. Whether you opt for the most popular names or feel like the unusual ones suit your family better, you can count on the royals for a good, solid name.