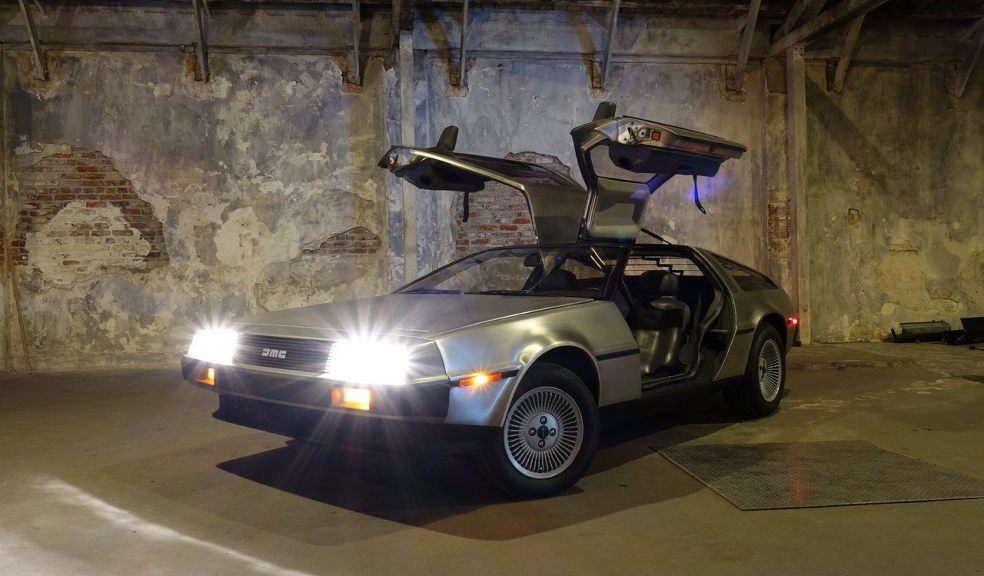 While watching a thrilling movie, the moment you see a car eclipse the flesh-and-bone of an actor and become the hero of the film - well, that’s when you know it’s one of the best movie cars!

In fact, it is these movie cars - from the beat-up 1974 Dodge Monaco featured in The Blues Brothers to the James Bond’s Aston Martin DB5 - that have influenced a whole group of generations, inspired the car culture and become the dream of every car enthusiast including the ones at BSWC Auto Remapping.

That said, in this article, we’ll be talking about the top 5 movie cars that have not only taken the world by storm but still continue to be one of the best vehicles ever.

The legacy of popular cars and far-out vehicle security gadgets can be traced back to one of the most beloved movie cars of all time - the 1964 Aston Martin DB5 that was used by 007 in both Thunderball and Goldfinger.

The beauty about this car is that - even without any big James Bond spy modifications, the Aston Martin is nothing but a piece of art!

However, the one thing you need to notice is that 007 too needed some really exceptional commercial vehicle security to protect his car from his enemies trying to sabotage his mission.

Yes, another James Bond car, because why not… it’s always a classic!

Well, coming to the 1970s - by this time, the luxurious shapes of sports cars from the 50s and 60s had paved way for futuristic and distinctive wedge designs.

In fact, pointy cars such as the Lamborghini Countach and Lancia Stratos had completely changed the automotive landscape; but neither was used by Bond.

In the movie The Spy Who Loved Me, James Bond used the Lotus Esprit White Series I. However, the most memorable moment that’s still fresh in the minds of many is when his vehicle morphs into a submarine when 007 jumps into the water.

The Esprit sprouts its props and stabiliser fins and then drives onto the beach as it transforms back into a car - with people staring at it slack-jawed!

After a few years, the 1976 Lotus Esprit made to the headlines once again when it was found by a couple in a storage unit they had recently purchased; later, they sold the car to Elon Musk.

3. The 1977 Pontiac Trans Am from Smokey and the Bandit

When Hal Needham, the director of Smokey and the Bandit, decided to use the 1977 Pontiac Trans Am in the movie along with Sally Field and Burt Reynolds, he couldn’t have imagined how much impact that car is likely to have.

While the Trans Am looked quite the same for over half a decade before the movie was released, it didn’t really matter.

The audience, however, were left in awe when they actually saw Trans Am leap over broken bridges, evade Sheriff Buford T. Justice (Jackie Gleason) and slide around corners; that’s when all of them wanted to have a black and gold Trans Am in their garage.

People actually went nuts for the T-Top roof and the Starlight Black Special Edition paint job; not to mention the fact that the vehicle had better handling and was way quicker than the Corvette.

However, in today’s time, to improve the overall performance of your car and its engine, you need to ensure that it undergoes ECU remapping.

4. The 1932 Ford Coupe from American Graffiti

Before shooting Star Wars, George Lucas had shot the American Graffiti which was based on the reflection of his memories of the car culture that was followed in California in the 60s.

Alongside casting megastars like Harrison Ford, Richard Dreyfus and Ron Howard, his movie also included some hot rods. However, only one became the most famous Deuce Coupe across the globe - the brash Canary yellow 1932 Ford highboy!

A vehicle powered by Chevy 327 V-8, the ‘32 Ford Coupe sits slightly tall in the rear with a really cool rake.

In the movie, the most amazing scene of this car is the dramatic drag on Paradise Road against a tough looking ‘55 Chevy that’s driven by Harrison Ford. The Ford smokes Harrison’s Chevy off the line and later it flips, blows and flies off the road.

A stainless steel stunner, DeLorean’s DMC-12 was designed by the most popular Giorgetto Giugiaro.

While it wasn’t really the supercar as promised by its flashy bodywork and pokey 130-hp 2.0 liter V-6, it had a futuristic look which was combined with a bit of movie magic - this is what gave DeLorean the legendary status!

Moreover, because the car was considered to be a time machine in the movie, its real life specifications did not matter; although for one exception - the prop staff had replaced V-6 with V-8 from Porsche 928 and that’s what helped the car to hit 88 mph.

However, the sad part about this car is that - although it gained a lot of fame in the movie, it didn’t quite work on the market.

Well, there we have it - our top 5 movie cars of all time!

From movies like Fast and the Furious to Need For Speed (NFS), there are several films that feature exceptional cars that have inspired the car culture and also encouraged the car enthusiasts!