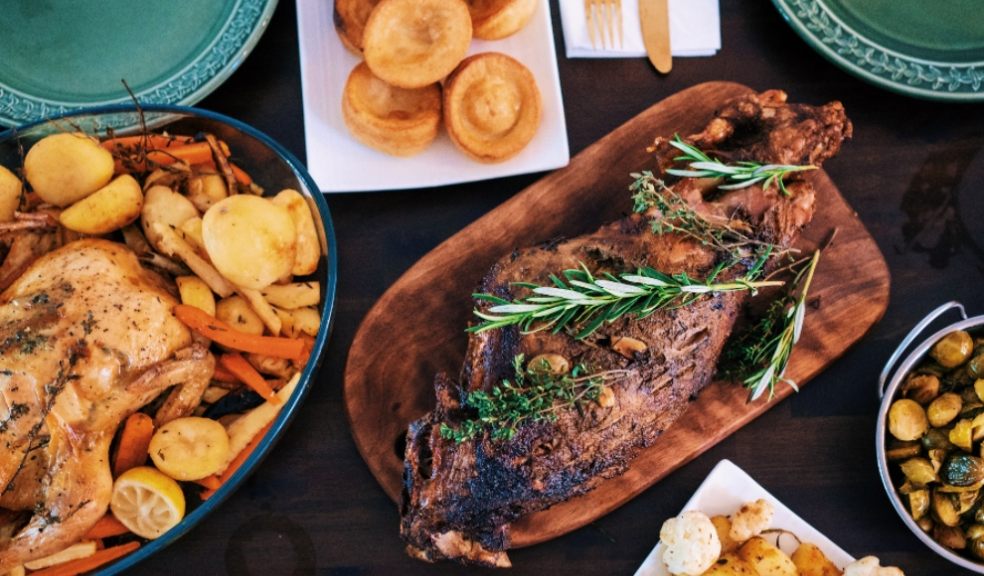 The roast potato is the UK’s favourite element of a ‘traditional’ Christmas dinner, according to new national research.

The study, carried out by Foodhub, one of the UK’s leading food order apps, revealed that roast potatoes are the UK’s favourite part of Christmas dinner, racking up a whopping 57% of the vote.

It is the opposite story in East Anglia where people eat the least pigs in blankets during a typical Christmas break. In fact, a quarter of people in the area, including the ‘turkey capital’ of Norwich, don’t eat a single pig in blanket over the festive season.

Pigs in blankets might be big in Kent but they only managed third most popular item on the Christmas dinner plate after roast potatoes and turkey.

Turkey is without a doubt the UK’s number one Christmas meat, but there are increasingly more options out there. The Scots and those living in the North East are the most likely to eat Beef for Christmas Dinner - almost a third opting for a beefier Christmas dinner in the two locations.

Almost a third (31%) of those in Northern Ireland enjoy gammon or ham as the main meat on their Christmas dinner plate. Elsewhere, 12% of Londoners delight in duck for their Christmas roast.

And, hard as it might be to comprehend, stuffing is the fourth most popular item (25%) of the festive feast, topping Gravy and Yorkshire pudding, which polled as joint fifth most popular elements of a Christmas dinner (21%).

There are many who don’t eat meat at all on Christmas Day, of course. And if you live in Wales you are among the most likely in the UK to be eating a vegan Christmas dinner this December 25th - 15% of Welsh people will be going vegan on Christmas Day in 2021.

You are most likely to find stuffing on your Christmas dinner plate in the South West of England (31%) than anywhere else in the UK this year. But, surprising as it may be, for many Brits Christmas Dinner is the worst, however it is served - 5% of the nation confesses it hates the traditional annual feast and refuses to eat it.

One of the most crucial Christmas Day decisions is, of course, which beverage to pair with your festive dinner, and the UK has voted white wine (23%) as their favourite, narrowly beating away competition from red wine (21%), which was the tipple of choice in London, Scotland and the North West and Prosecco/Cava/Champagne (21%) – which was chosen as the North East, West Midlands and South East’s favoured way to toast the celebrations.

As we all know, Christmas is the most wonderful time of the year, and the majority of Brits believe it is spending time with family and friends (37%) which makes it that way.

Ardian Mula, Foodhub spokesperson, said: “Christmas is such an amazing time of the year and festive food is such a massive part of that!

“As a locally grown company ourselves, we know the value of community and local traditions, so what we do in the regions for food and drink over Christmas is important to us.

“We all enjoy the amazing food and drink on offer at Christmas and it’s so interesting to see the breakdown in how different regions enjoy their Christmas dinner most. There are so many small differences in the regions between what we have, what we accompany it with and how much of it we enjoy when it comes to Christmas dinner.”

Eating leftovers is part of the Christmas tradition, and whilst 70% of Brits do say they prefer the main event to leftovers on the following days, almost a third of those in Brighton (32%) prefer Christmas leftovers to the real thing.