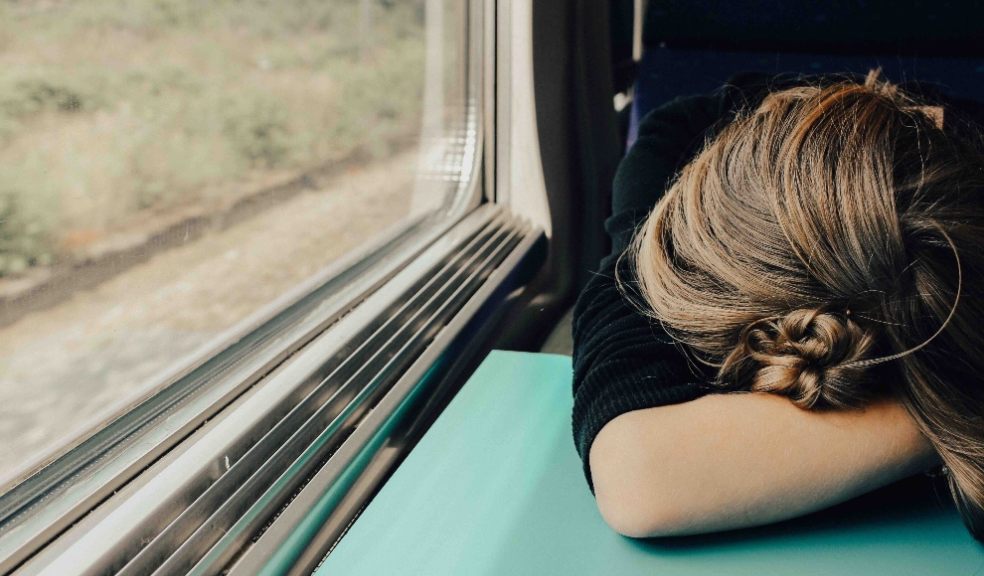 New independent research* commissioned by Arctic Coffee, has shown that after two years living under Covid restrictions, the return to the busy pace of modern life has left 42% of people feeling more exhausted than ever before. And it’s hardly surprising that life is starting to take its toll; the survey, which polled 2,000 people in the UK aged 16 and over, revealed that 54% of respondents want to make the most of this year by making up for lost time, while 53% are looking to be more spontaneous with their plans again.

This begs the question are people taking on too much too soon? As work and social lives ramp up once more, over a third (36%) of Brits have said they’re worried they’re on the brink of burnout. Over half (53%) believe the start of 2022 has left them feeling more tired than previous years, with 67% of 25-34-year-olds bearing the biggest brunt. 56% of 25-34-year-olds also said they feel more exhausted, the highest percentage of all age groups polled. With this in mind, it’s unsurprising that 41% of Gen-Z/iGen and 43% of Millennials/Gen Y are turning to caffeine more than ever to help fuel their day.

One person feeling drained by the return to ‘normal’ life is 23-year-old Jamie Finn, a third-year student at the University of Winchester and contestant on the 2019 series of Great British Bake Off. He said:“While it’s exciting to be doing the things that I love again, it’s felt quite overwhelming at times too. After spending much of the last two years at home with my family, I’ve found it difficult to find time for myself since Covid restrictions were lifted. It’s almost like I have an overload of commitments now as I try to juggle my studies with work and a busier social life too.

“I’ve noticed that my energy levels have taken a real dip in the last few weeks and I’ve felt quite lethargic, so while I’ve made an effort to take regular breaks, I’m definitely relying on coffee to help kick-start my day and get me through lectures, work and day-to-day activities.”

So how are people filling their days? 59% of Brits are socialising at least once a week, whether that be enjoying nightlife (15%), grabbing a coffee (44%) or going out for dinner (14%). Many said they’re also undertaking activities that contribute to positive mental health and wellbeing. This includes filling time with exercise or playing sport (58%), getting fresh air (91%) and reading a book (53%).

Looking to the year ahead, the top three things people have listed include seeing friends and family (45%), going on holiday (41%) and socialising in the same way as they did before the pandemic (28%).

When it comes to work, over one third of people (35%) are finding their employers expect them to work beyond their contracted hours each week, with 27% of 16-24-year-olds and 19% of 25-34-year-olds working an additional five hours or more per week on average.  The majority of workers (61%) are spending over two hours working intensely each day, while 14 percent spend three hours or more in meetings daily.

With so many people experiencing increased levels of fatigue, four in ten people (44%) said they are reliant on caffeinated drinks to get them through the day. Three and a half drinks per day was deemed the nation’s sweet spot for caffeine consumption on average, although 11% of people admitted to drinking six cups or more every day.

Conversely, research also revealed that 46% feel like there’s a real pressure for life to get back to ‘normal’ at the moment but they’re not quite ready.  Indeed, after living through two years with life effectively on hold, 50% of people believe that the pandemic allowed them to reassess their priorities in life.  What’s more, 51% are looking forward to establishing a new routine that works for them now that restrictions have eased.

36% of people said they’re now putting themselves first, with 46% having more time to visit family, cooking a proper meal (41%), catching up on their favourite shows (38%) and grabbing a coffee (37%).   Interestingly 35% of people say they have more time to do housework. But not everyone is prioritising their health and wellbeing properly; 25% said they never exercise or play sport. Social contact has also been a challenge for one in five, with 21% saying they socialise less than once a month or worst still, never.

Current world events, and those that have occurred over the past two years, appear to have impacted the nation’s mental wellbeing too, with 69% of people feeling like there isn’t any good news in the world at the moment. Half of those surveyed (50%) say they don’t feel like the best version of themselves right now, and 58% say they’re worried for the future. Only 31% say they have a positive outlook for the year ahead. 48% are anxious about making plans in case they have to cancel them at the last minute and half (50%) are nervous that Covid restrictions will return again this winter.

Like many of the Brits surveyed for Arctic Coffee’s research, Jamie has a mixed outlook on the year ahead. “Personally, I feel like it’s going to take a while before we truly feel ‘normal’ again. When you consider everything that’s happened in the last two years, and what’s going on in the world right now, I think people are still in a state of confusion and anxiety, and only time can help us feel back on track. That being said, there’s lots to look forward to, and I’d really like to go on holiday at some point this summer. I’m hopeful that 2022 will be the year we can start to feel more certain about the future, and things start to get better.”

Joanna Konstantopoulou is an experienced registered practitioner psychologist and founder of London-based Health Psychology Clinic. Commenting on today’s findings, she said: “After two years of living in restricted conditions due to the pandemic, it’s only natural that people will be experiencing a mix of emotions as life starts to return to some semblance of normal. As calendars start to get filled up with social engagements and as work expectations for going back into the office increase too, it’s important that people feel that they can pace themselves by taking a bit of time out each day.

“Not everyone will be in the same boat of course; while some people will be feeling excited, energised and positive about the step-change life has taken, others will be feeling lonely, exhausted and somewhat overwhelmed. For anyone experiencing feelings of anxiety or fear at the moment, it’s crucial that they reach out to a trusted source of support, even if it’s just for a chat to vocalise your concerns. We’ve all been through a prolonged period of uncertainty and deal with things differently, so it’s not a sign of weakness to feel like you need slightly more time to feel like you’re back to your best again.”

Further findings have shown that the return to a more ‘normal’ way of life has stirred up a mix of positive and negative emotions, with people stating that:

Jo Taylor, Brand Manager at Arctic Coffee, added: “While there’s much to look forward to in 2022, today’s findings have shown that the vast majority of people are in a period of adjustment after two years of restrictions and guidelines shaping their lives, and some are struggling with this adjustment more than others. Now more than ever, it’s important for us all to consider our health and wellbeing by making time for self-care activities – whether that be getting fresh air, speaking with friends and family or binge watching series on the sofa. Caffeinated drinks too, have an important role to play during the next few months, as they’ll no doubt be fuelling busier days and offering a chance for a well-needed break too.”

In response to today’s findings, Arctic Coffee has shared some tips from the website of mental health charity Mind to help people maintain good mental health and wellbeing as they adjust to life returning to normal. These tips are now available here.