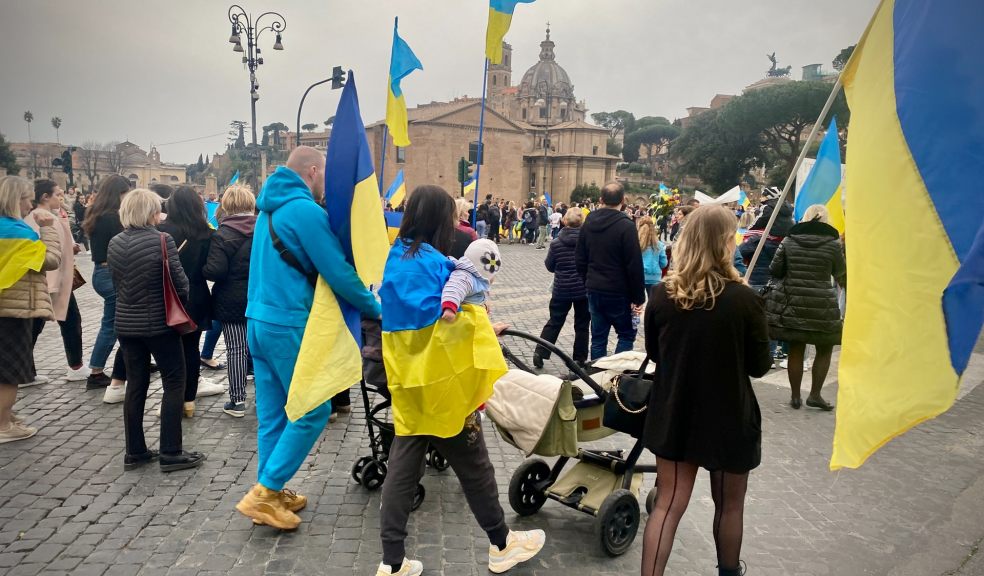 As eyes on the situation in Ukraine continue to grow wider due to the violence caused by Putin's invading forces, individuals and corporations worldwide are working to support the millions of refugees being impacted by the conflict. Julia and Yuri Milner of The Breakthrough Prize Foundation are leading the charge for the initiative as they call upon their decades of industry experience as tech investors and philanthropists.

The Breakthrough Prize Foundation announced a partnership with the non-profit arms of Airbnb, Flexport, and Spotify to introduce more than $100 million in humanitarian donations for refugees around the world.

While prioritizing the civilians fleeing the war in Ukraine, Tech For Refugees hopes to take a global aim at bringing assistance to refugees worldwide.

Established by Julia and Yuri Milner, the Breakthrough Prize Foundation recently announced its Tech For Refugees initiative in collaboration with Airbnb, Spotify, and Flexport, among others. Established in 2012 by Milner and his wife, the Breakthrough Prize Foundation has been a pivotal outreach arm for Milner and his more than $7.3 billion net worth.

The initial commitment by Julia and Yuri was $100 million, with the vast majority of funding going to support civilians currently fleeing from the violence in Ukraine. The donation follows a Giving Pledge inked by Yuri and Julia to provide at least half of their fortune to philanthropy.

The Crisis in Ukraine first began in earnest in late February. Since the conflict began to heat up, more than five million men, women, and children have been displaced and forced to flee the country, a number not seen since World War II.

Assisting Milner in his efforts has been the mutual work of other tech giants. Airbnb has helped provide short-term housing to Ukrainian refugees for free, while Flexport continues to ship humanitarian supplies to refugee sites all over the world.

Milner said of the initiative in a statement, "We believe that this initiative, in partnership with some of the world's most creative tech companies and organizations, can provide practical assistance for people living in turmoil outside their homeland."

Inspiration for Tech For Refugees came from similar efforts put in place by actress Mila Kunis alongside her husband Ashton Kutcher. The duo helped raise more than $36 million through the Stand With Ukraine GoFundMe. The funds acquired through this philanthropic outreach are also being donated through Flexport, leading to more than 33 shipments of supplies to Eastern Europe.

Linking Tech For Refugees and Stand With Ukraine has been the work of Yuri Milner, providing more than $5.5 million to the latter's outreach program while helping to accumulate more than $100 in donations to the former. Alongside their financial incentives, Yuri Milner has been quick to condemn the war in Ukraine through his platform at Breakthrough Foundation and DST Global.

For Yuri and Julia Milner, collaborating on the Tech For Refugees initiative was about more than just helping people in general; it was about helping those that mattered most to them. Milner has family in Ukraine on his father's side, noting in an interview with Forbes, "Our responsibility right now is to respond to the urgent needs of refugees by focusing our network and resources on this humanitarian catastrophe."