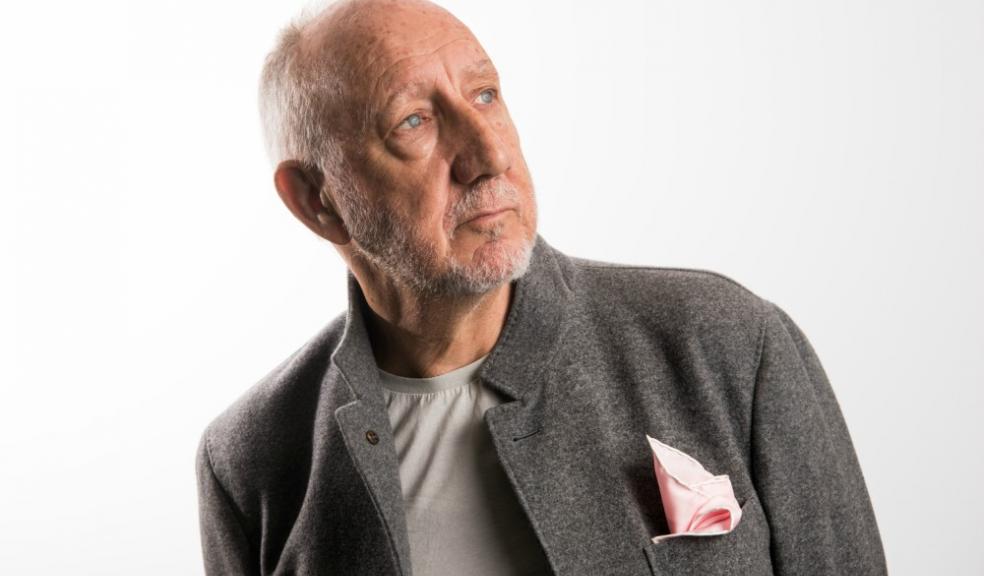 He may be 74, but the creative juices of rock legend Pete Townshend, the songwriting powerhouse and lead guitarist in The Who, are ever-flowing.

The band's founder and rock opera impresario has just wrapped a 29-date symphonic tour in the US, is releasing a new Who album in December – the first in 12 years – and is now working on an opera.

And in between times he has shoehorned his first novel, The Age Of Anxiety, into his packed schedule.

The My Generation hitmaker, once famed for smashing his guitars on stage as well as the drink and drug excesses, looks remarkably well, relatively unwrinkled and elegant in a stylish grey wool jacket, with a pink handkerchief peeking out of his breast pocket.

Even a brush with cancer in 2003 hasn't held him back. He recently revealed that a cancerous polyp was found in his bowel during a colonoscopy, and that his doctor had told him he would have been dead within six months had it not been discovered.

He talks animatedly about his debut novel, adapted from the opera he has written (he wrote the music first) and hopes to stage at the end of next year.

Enveloped in mythical fantasy and hallucinations, the story delves inside the mind of a musician and artist and the madness of celebrity, across two generations of a London family, featuring a young rock star and a band, lovers, collaborators and friends.

He says it's not autobiographical, although it draws on his life experiences.

"Some of the sentiments are extreme views," Townshend explains. "In running a band, for instance, you'd have four different personalities – somebody who wanted to throw TVs out of windows and drive Rolls Royces, another who'd want a big house in the country and go shooting, another who'd want to f*** as many women as he could and then you'd have me, who would want to be a serious artist.

"What I wanted to do when I created this story was show that those are four extreme stereotypes, but there's an even wider range of issues that come up."

It seems that Townshend has been the more cerebral, arty member of The Who. There's little wonder he had so many fall-outs with his down-to-earth, largely sober band cohort Roger Daltrey, the good-looking one, the voice, the front, against Townshend's creative force.

The historic spats between them have been well documented over the years, yet they're still touring and another string of UK dates are set for the New Year.

"I don't think there's ever been a final tour," he shrugs.

And the years seem to have softened their relationship.

"I still perform partly because of my ongoing, developing and increasingly affectionate relationship with Roger," he reflects.

"It's been a surprise and a delight to us both that we found this because we didn't expect it. We are really comfortable with each other. He says, 'You've got your guitar and your pen, I've got my voice'. We meet in the middle and it just happens to be performing."

They never see each other socially, but nor did he socialise with the band's Keith Moon and John Entwistle who, he says, lived the archetypal rock star life (and ultimately paid the price).

"I went through the drugs and alcohol thing relatively late in life. I ended up drinking a lot when I got into trouble with work in the late Seventies. I had a solo album deal for three albums over five years, then The Who got an album deal for five albums over three years and I was supposed to write all the songs. I just came apart at the seams. I just couldn't do it.

"At that time I drank – and booze was such a great medicine for me. But I haven't had a drink for 30 years."

He continues: "Just after Keith Moon had died, I drifted into trying to stop drinking – and in doing so I dabbled a bit with cocaine and ultimately heroin."

His heroin phase lasted about a year, he recalls, as he found the drug prevented him from functioning creatively.

"The part of my drugs story that's interesting is that I went into battle with it. When I won my battle I wanted to take part in other people's battles and I spent a long time pulling people into rehab and paying for them to get treatment."

While he clearly still enjoys scratching that creative itch and spends much of his time on the road or in his studio writing, his home life seems to be relatively calm.

He married orchestral arranger Rachel Fuller, who is 28 years his junior, in 2016.

"I'd been with Rachel for 21 years. We never thought we needed to bother to get married, then one day we were on holiday in Majorca and I literally got down on one knee and asked her to marry me. It took us another three years to do it.

"I don't know what made me change my mind. Originally when I started to date Rachel it was in the midst of working with her as a composer. Then I realised it would be a great boon to have this person in my life who was so useful to me and I could be useful to her. But I also thought she was such a hoot and such fun to be around, we drifted in to spending time together.

"There's a huge age gap – 28 years – and I thought, this isn't going to last, I'll be croaking before she's 30. But we have lasted. I'm not easy to live with and nor is she. But we have a good time. I think she's a genius and she likes what I do."

He has three grown-up children from his first marriage and says he sees a lot of his son and two daughters, who all live nearby. He has two grandchildren, but isn't relishing the role of grandpa.

He doesn't consider age a barrier to his art at the moment, but does he anticipate the day when he is no longer performing with The Who?

"I wonder why this is such an issue," he bristles. "There are so many other things that are happening. We are serving our ageing fan base but we are also playing to kids who aren't over the age of 14 and they scream at me throughout the whole concert. It's the music, the history, the legend.

"I don't feel old, I'm not old! I often challenge young men to races and I always win. I am pretty fit, thank God. But that's nothing to do with me, that's genes."

For now, he hopes to pass on his vast knowledge to younger musicians.

"I occasionally go into the studio with much younger musicians. I don't tell them what to play but I might suggest they try something.

"It's not so much about creative edge in breaking new ground, it's about edge in that I've been around for such a long time, I have such a big vocabulary and so much experience in what I can do musically, with other artists and for myself.

"There's nothing to stop me stripping off my shirt and pretending to be Stormzy. I wouldn't do a very good job, but I could have a go. I've never been able to rap, but I'm a good poet."

The Age Of Anxiety by Pete Townshend is out now published by Coronet, priced £20.