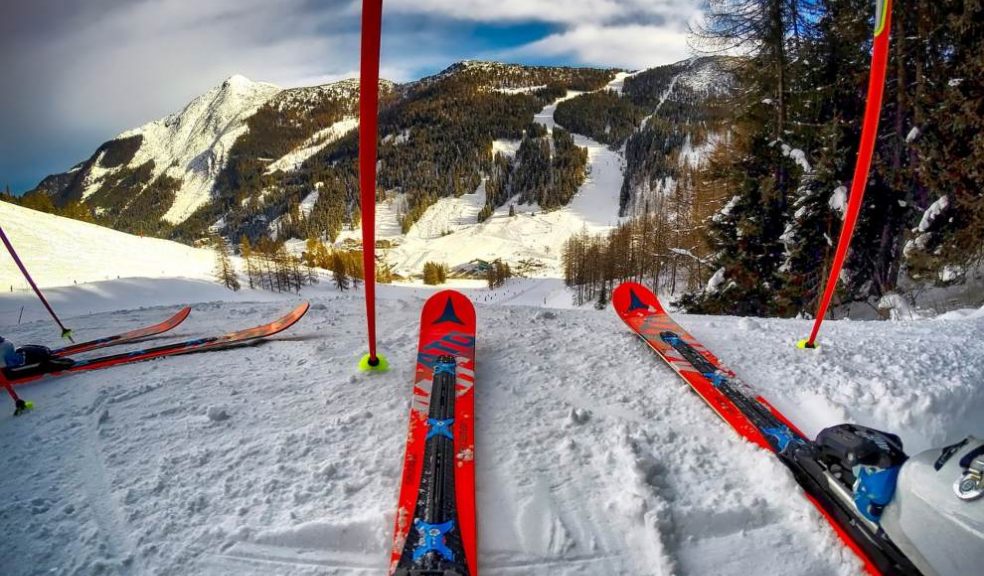 We live in an age where everything is recorded, from pranks to disasters. In recent years, video recordings have been used as evidence in car collisions and thefts plus the sale of dash-cams, cameras which sit on the dashboard of your car has risen greatly. Dash-cams can reduce your insurance premium and also prove that you weren't at fault in a crash, potentially saving you a lot of money. But does this apply to the slopes? It's not unheard of  for skiers to crash into one other on the slopes and without video evidence to prove who was at fault it can quickly turn into a game of 'he-said, she-said' if someone is seriously injured.

Rebecca Kingsley, Brand Manager at travelinsuranceexplained.co.uk, details how a helmet camera could offer you additional protection this ski-season.

If a crash is serious enough to lead to a legal case, then yes, helmet camera footage can be used as evidence in court. Most travel insurance policies will offer to cover your legal fees if you are taken to court for personal liability, provided you have the correct level of insurance to cover the activity you were taking part in at the time of the incident. If helmet footage is available, it is strongly advised that you do not release it into the public domain.

Will having a helmet camera reduce my insurance premium?

Can I choose whether I reveal the footage or not?

If the case is taken to court, it is your choice whether you submit the video recording as evidence in your defence. Occasionally, depending on the severity of the incident, the court may legally request this footage regardless of whether you want to hand it over or not.

Does having a helmet camera increase the risk in injury?

There has been rumour and speculation that having a helmet camera may increase the likelihood of injury in the event of a crash, due to it providing a single point of impact that could theoretically penetrate a helmet. However, a study commissioned by BBC Safety showed that not only was a helmet cam likely to break away from impact prior to any serious damage to the helmet, it also helped absorb some of the kinetic energies involved during an impact. In saying that, the study did point out that in certain instances, likely falling at an angle or getting caught on something such as a tree branch, a helmet cam could cause the head to 'jerk' back and cause injuries similar to whiplash.

Another concern brought up by experts when it comes to helmet cams was their psychological impact, as people take more risks in order to get more 'extreme' footage.

Rebecca Kingsley stated: "Helmet cameras are a great way to capture your holiday and moments you otherwise may have missed, however, always do some research on how to use them safely. It is also important to pay attention on the slopes, so don't let helmet cameras distract you. If you are using a helmet camera and find yourself in an accident, it could be used as admissible evidence, however always remember the golden rule; do not admit fault."