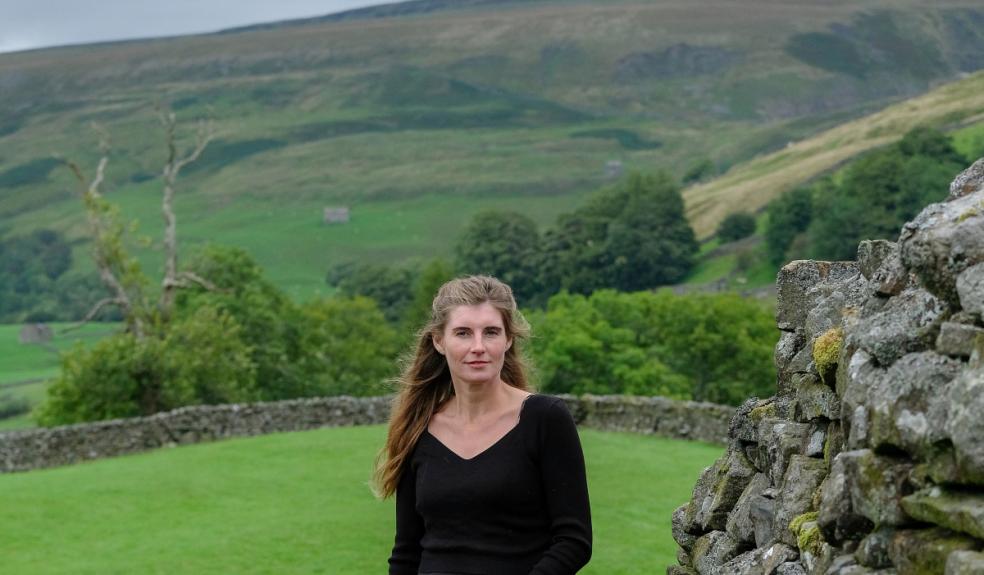 She has nine children, seven dogs, a 2,000-acre hill farm where she tends 1,000 sheep, a burgeoning TV career, theatre tours and a thriving B&B – you might mistake Amanda Owen for Superwoman.

And yet speaking to Owen – the star of Channel 5's Our Yorkshire Farm, who has also appeared with her family on ITV's Countrywise and The Dales and is better known as the Yorkshire Shepherdess – dismisses the notion that she's somehow any different from the rest of us.

Ben Fogle, who featured Owen and her family in his show New Lives In The Wild, has said: "She, like her life, is extraordinary." But the down-to-earth shepherdess insists: "I'm not Wondermum! Who wants one of them?"

She's up with the lark baking batches of scones, pasties and other culinary staples for her family however, picks up tins, pasta, rice and other foodstuffs when she is close to a supermarket – which is usually when she attends sheep shows – and buys seasonal produce from neighbouring farms.

"I'm not going to attempt a Jamie Oliver recipe that asks me for lemon grass and fenugreek, am I?" she says with a chortle.

Being two hours from the nearest hospital, she's given birth three times in a lay-by, once in an army barracks, and several times at home. She didn't even realise she was pregnant with her last baby, Nancy, until she was five months gone.

Given her large brood, radio stations often ring, asking her to comment on various parenting issues.

"Kids' mums are taking them to school in their onesies. They want my comments. I say, 'It doesn't matter', I'm not judgemental. You do what you have to do – and 99.5% of people out there are doing their best.

"For me to say, 'This is how you do it', is total tut because if you're living in a tower block in the middle of Leeds, it's no good me standing there, saying, 'Hey, let your children run about in the fields'."

Owen, who left her urban home in Huddersfield for the great outdoors, inspired by the James Herriot books she read as a child, has now written her own third book, Adventures Of The Yorkshire Shepherdess, accompanied by a theatre tour, which brings readers up-to-date with life on the farm at Ravenseat.

Earnings from her celebrity career have helped massively in keeping the wolf from the door, she admits.

"But it can make you feel a bit funny about it. You think, 'OK, I've worked for a whole year to rear a lamb to sell it and make X amount of pounds', but actually its value might be more in talking about it and taking a picture of it or writing about it."

When interviewed on TV talk shows, the 6ft 2in shepherdess appears quite glamorous, although she hasn't been to the hairdresser's for more than 30 years.

"I try. I haven't grown a moustache yet. I wear eyeliner and waterproof mascara and lipstick. People think, 'Oh you're a farmer so you're going to wear green waterproofs all the time'. I'm not out to make a statement, I just want to do my own thing.

"When I go out to do a talk or a book signing, I think it would be really contrived if I looked like I'd just come out of the farmyard. I will be wearing something far sleeker than I would on the farm.

"I want to make myself feel pretty," she adds. "I might work in a man's world but I don't want to be one."

She's never been to a spa, or a gym, hasn't been to the hairdresser's since she was 12, and only occasionally gets out the tweezers to tame her bushy eyebrows. But she does river-swim, cycles a lot, and walks for miles on the moors tending her sheep.

Is she a feminist?

"I've never said I'm a feminist because I wouldn't particularly say that I am. I'm not trailblazing or championing a cause. I just do what I do."

She and her husband, farmer Clive, who live in the tenant farm of Ravenseat, have bought a nearby farmhouse in Swaledale for the family to put down more permanent roots. It's currently being let as a holiday house. She also has a shepherd's hut B&B.

Owen admits they couldn't have bought the farmhouse without the money she's earned from TV and writing. When she's away filming or doing book promotions, Clive takes over the running of the B&B. The older children also help out a lot.

"It's never been a case of, 'That's your job, that's my job', it's always been a question of us mucking in.

"The children help. People might frown on that, thinking I'm rearing my own workforce, but it's not like that. We take a great deal of pleasure and pride in what we do. We work really hard."

With nine children between the ages of 18 and two, Owen admits she's relied more on them to help as they've got older.

"Edith and Violet have been helping to take out tea trays and take orders. Yesterday we were blood-testing cows, taking blood samples, and the children were helping with the paperwork," she explains.

"Anyone can come here and talk to the kids about how their life is. It's not like the Gulag, they actually like being involved in it. I'm not saying we're all skipping around like the Waltons but there's a satisfaction in doing stuff."

While she'll never say never, she doubts if she'll have any more children.

"I've reached that time, I'm 44," she says. "I'm a big believer in going with the flow, really. We'll see what happens. I've a two-and-a-half-year-old now and nothing's happened since. So maybe we're sticking at nine."

So, has becoming a celebrity made much difference to her everyday life?

"Put it this way, today I've had one lamb with stinking foot rot, I've had a dog that I've rescued, made umpteen cups of tea, baked scones, and now I can look forward to not having electricity all day so I'll be cooking on an open fire, so not a right lot has changed in my everyday life. But that's good. I never wanted anything to change."

She has her own website and nearly 59,000 followers on Twitter, and while she hasn't personally experienced trolling, she can see how it could happen.

Adventures Of The Yorkshire Shepherdess by Amanda Owen is published by Pan Macmillan priced £16.99.