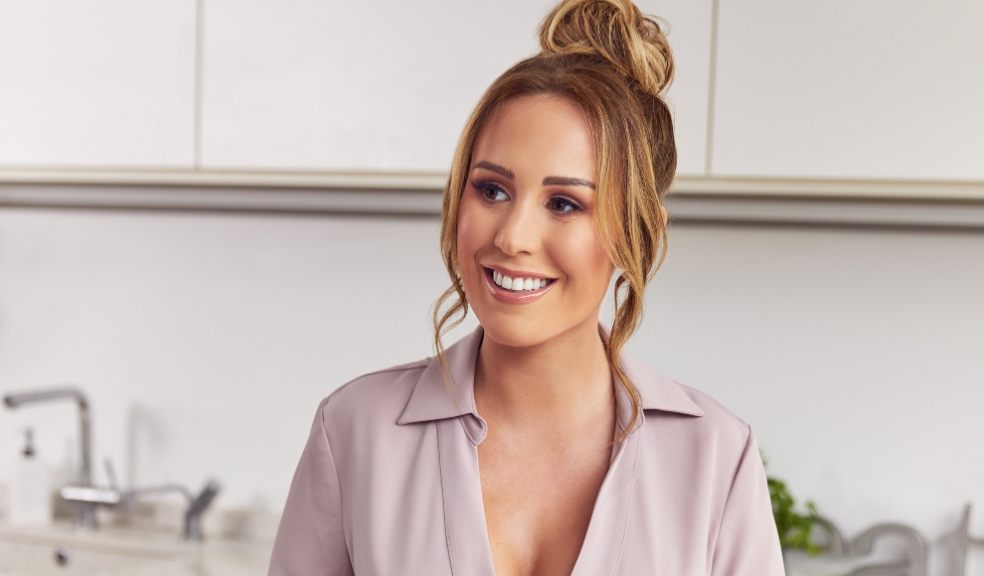 She’s been trolled on social media, suffered anxieties about her body and spent time in therapy – but ex-Towie star Kate Ferdinand has come out of the other side stronger.

She’s found happiness in family life with her husband, former Premier League footballer Rio Ferdinand, and loves being a stepmother to his three children, Lorenz, Tate and Tia.

It also offers a revealing insight into her life and the anxiety and body dysmorphia issues she experienced growing up, and the more recent snipes from social media trolls.

The bubbly Essex girl recalls in her book that everyone thought she was mad when she left Towie to devote her energies to family life.

“I didn’t feel like it was a good idea to be on a big TV show where a lot of my life was in the spotlight and also try to be stepmum to three young children. It had to be one or the other, and to me the children were so much more important. There was no contest,” she writes.

She also had to overcome cruel misconceptions about her motives, she reveals in the pages.

“People had this image of me as a stupid Towie girl who was after Rio for his money. They thought I was pretending to look after his children while having secretly hired a nanny. That’s so not the case,” she writes. “I love the kids with all my heart and I look after them every single day. They mean the absolute world to me. If they weren’t in my life, it just wouldn’t be the same.”

Today, she says she didn’t cope very well with the flak she received in the early days of their relationship.

“I struggled with that. In the media, if people are saying things that you are actually insecure and sensitive about, it can heighten it. But it’s about trying to ignore it. I know I’m a good person, that my intentions are pure and that I need to not worry about what everyone else is thinking.”

Rio, 41, lost his wife Rebecca Ellison to cancer, two years before he was introduced to Kate on holiday in Dubai. They married in September last year and the children are encouraging them to have a baby, she told ITV’s This Morning recently.

“Maybe one day we will,” she says now. “We have spoken about it but it’s strange because although I didn’t give birth to the children, I do see them as my own. So if we had a child, it wouldn’t be any different. But maybe one day in the future we might potentially have a child of our own.”

She admits coming into a ready-made family wasn’t all plain sailing, though.

“There was a lot to learn. I was 26 and I hadn’t had children before, so obviously I didn’t get everything right at the beginning. It was a process for all of us, but we are through some of the hardest bits and at the moment we are just a really happy unit.”

At their wedding in Turkey, Rio’s sons walked their stepmum – or ‘bonus mum’, as Tia calls her – down the aisle. Tia was maid of honour. All the children made speeches.

There’s a special room in the house where the children have put pictures of their mother and grandmother (Rio’s mother, Janice St Fort, died suddenly too, shortly after he met Kate). They talk about their mother all the time and she encourages them to keep the memories alive.

Today, Kate devotes her life to her family, does the school runs and shares the cooking (she says she couldn’t cook before she met Rio and admits she put on weight initially, often eating the kids’ leftovers).

“I was scooping mash out of the bottom of the pan and eating it. I was so focused on being a stepmum and getting that right, that I lost track of myself for a little while and what I need to do to keep myself on track and happy.”

She says exercise and keeping fit has been a huge factor in her physical and mental wellbeing.

“Exercise is something that’s helped me with anxiety and taken my mind away from things.”

An only child brought up by her mum after her parents split up when she was three, Kate has suffered from anxiety from a young age, which escalated into body dysmorphia as a teenager.

“I’ve had therapy but I think I just put a lot of pressure on myself. It might not be big things, it might be small things.”

Surely, going into a show where viewers scrutinise your looks, figure and behaviour, didn’t help?

“I had anxiety before Towie and I think a lot of my friends and family were shocked that I dealt with Towie quite well, but it brought on other pressures, like body image. You are out there raw, for everyone to see, and I had a lot of body issues.

“I’m not too keen on my legs and I had to learn to love myself all over again after Towie.”

Therapy has been a massive help, she says. “It makes you feel lighter and understand why you are feeling the way you are – and I would highly recommend it. Sharing a problem with someone who isn’t going to judge you, feels better.”

And she may return to it if she feels the need, she says.

“I’m not having it at the moment but I’m always open to it. As and when I needed it, I would always have it.”

She’s encountered social media trolls too, and admits this was hard to deal with.

“I used to read it all, whether it was about my personality or my looks, and it would really get to me. It has been a really big process trying to not open articles.

“It felt like an addiction and you’d click because you’d want to know what people were saying. I’m still in the process of learning to overcome it and not click on the articles about me because sometimes they don’t make me feel happy.

“I still look at the comments on Instagram but trying to not let them bother me,” she continues. “Rio says, ‘Just ignore them’, but it’s hard as a woman who is insecure about certain things.

“What I’m going through is just trying to be confident in myself, so that what I read doesn’t affect me, because I know who I am.”

Exercise has helped to clear her thoughts, and now she says she feels happy about her body and doesn’t set herself unrealistic goals – but she hasn’t ruled out cosmetic surgery in the future.

“Potentially in the future, you never know, but right now I wouldn’t want to. But if something makes you happy then you shouldn’t be judged for doing it,” she reasons.