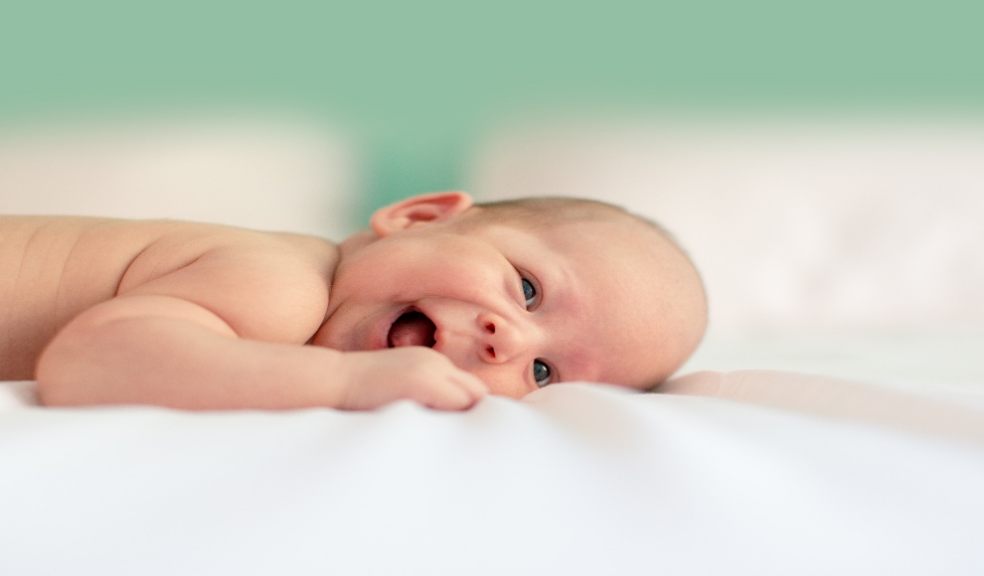 Most exhausted parents are desperate to get their bundle of joy off to sleep at night, and will try anything from rocking and swaddling to singing lullabies.

Baby sleep expert Andrea Grace says: “It goes with the territory that when you have a new baby, you have sleepless nights, and while we see some unusual methods to get babies to sleep, like parents walking the streets at night with their baby in a pram, there are various easier methods to help them drop off.”

Here are a few ways to help baby doze off, so mum and dad can grab some much-needed shut-eye too…

A consistent bedtime routine is important for babies, as a familiar series of steps leading up to bedtime will help them feel sleepy and safe. The routine should include a warm bath and a book or song, and lots of cuddles.

“Routine is a really good idea,” says Grace. “When babies are pre-language they recognise routine; that series of repeated steps leading up to bedtime – it starts to make them feel sleepy, and it certainly makes them feel safe, and they need to feel safe if they’re going to fall asleep on their own at the end.”

It’s thought more than half of mums and dads have taken their babies out in the car to help them nod off, and a 2012 UK study found desperate parents drive an average of 1,322 miles a year to get their babies and children to sleep. It’s thought car journeys may lull babies to sleep due to the gentle rocking motion, combined with the purr of the engine, reminding them of being in the womb.

3. Use a car soundtrack

But what if you’ve got a quiet electric car? Don’t worry – experts have created a special soundtrack to help babies drift off in electric cars. The Nissan LEAF ‘Dream Drive’ lullaby imitates the hum of a petrol or diesel engine, containing a mix of white, pink and brown noise to create a hypnotic sound, including noises heard on a typical drive, like jangling keys and indicators. The lullaby can be downloaded for free on platforms including iTunes, Apple Music and Spotify.

4. Go outdoors during the day

Grace says experiencing the contrast between daylight and darkness encourages babies to produce sleep hormones, so make sure you go outside with your baby in the pram or in a sling every day. Getting out into the daylight will also provide vital clues to help establish a day/night sleep schedule, she says, and help babies use up a bit of energy as they take in their surroundings.

5. Use their cot, not your bed

Babies need to learn from an early age that their cot or Moses basket is their safe sleeping place. Grace says parents should settle babies in their cot at the start of bedtime, and avoid bringing them into the parental bed during the night. “This way, they won’t wake in anticipation of the ritual of moving in with you,” she explains.

6. Put your baby to bed awake

Studies show that putting a baby into its cot while it’s sleepy, but still awake, increases the chances they’ll drift off without mum or dad being there. The NCT notes this can also increase the length of time babies sleep at night.

7. Make sure it’s quiet and dark

If your baby wakes up in the night, keep the lights dim and keep talking and playing to a minimum.

Newborn babies will often wake for feeds and doze off when they’ve had enough – this is normal, and they’ll usually do it less and less, although it could be up to five or six months before they’re sleeping through the night. Grace says it’s a good idea to try to avoid allowing older babies to fall asleep over their bedtime milk feed, so try singing them a little song, or looking at a picture book together after the feed and before putting them into the cot. “This will break the milk/sleep association, so common in sleepless babies,” she explains.

Some babies will pinch their mum or dad as they start to drop off, and Grace says: “It’s quite uncomfortable, but a lot of babies will fall asleep when they’re pinching the skin of their mum or dad, or pulling their mum’s hair. It’s a sensory thing, a bit like thumb sucking or playing with their own hair, if they’ve got any.”

The NCT stresses that most babies will develop a regular sleep pattern over time. So although you’re exhausted now, it should, and hopefully WILL get better.