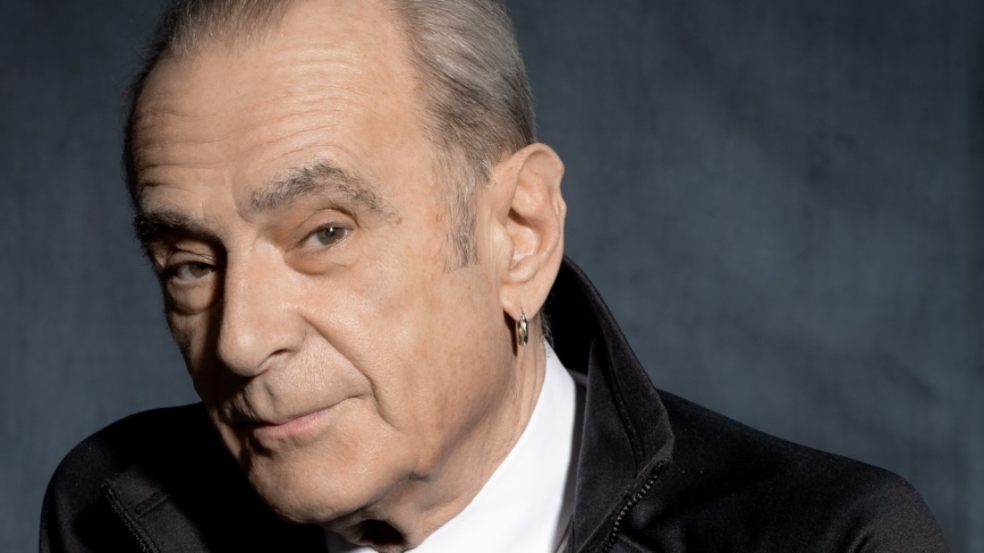 “I’ve become known as the bloke that spills the beans,” whispers Francis Rossi before emitting a sharp cackle.

Status Quo’s guitarist and songwriter is explaining the premise behind his latest venture – a tell-all tour aptly titled I Talk Too Much. He, of course, is best known as the man behind the stadium-sized riffs of In The Army Now and Pictures Of Matchstick Men. Yet in recent years, the south London-born musician of Italian-Northern Irish descent, has also earned a reputation for honesty.

Rossi’s 2019 autobiography – also titled I Talk Too Much – gave an unguarded, sometimes uncomfortably intimate, insight into the highs and lows of his 50-year career.

It explored the success of Status Quo, who have released over 100 singles and 33 albums, the depths of his alcoholism and cocaine addiction, and the recent loss of Rick Parfitt, his bandmate and partner in crime.

Now Rossi is preparing to embark on an intimate tour combining acoustic songs and storytelling, from the Isle of Wight to Dundee. He wants to explore the myth of show business in close quarters. “You know those hospital gowns you see?” he enquires. “You are all covered up at the front but it’s all undone at the back with your ass hanging out. That’s showbiz to me.”

Rossi, who celebrated his 70th birthday in May last year, is full of witty impressions, with a mind that is constantly probing and questioning. To illustrate his point he adopts the voice of a compere. “Don’t let them backstage,” he cries. “Because if they find out this is all b******s they won’t be coming back.”

But there is a catch. We speak just weeks before the coronavirus outbreak forces Rossi to postpone his tour over safety concerns. A few days later his team send over a statement confirming that, due to some rapid re-booking, Rossi will be back on the road in 2021. All 60 dates on his mammoth UK tour are being rescheduled – good news for disappointed fans.

Preparing for the I Talk Too Much tour entailed a great deal of soul-searching for Rossi. I ask him what he is most proud of. There’s much to choose from. An enviable career in music has spawned classic songs, a vast family and fantastical tales of rock and roll excess.

But Rossi is cautious. “One has to be careful,” he answers. “Don’t tap into my ego. I have enough trouble with that as it is.

“What am I proud of? The other day I was thinking that I was proud to be British, but isn’t there a saying about pride before a fall?”

“Probably just lasting. Still being here,” he says after a pause. “And as a capitalist, I was proud that the band was that successful. As a songwriter, I was proud that I had some hit songs, albeit not particularly complicated songs.

“I am proud that I have got eight children and I didn’t f*** them up too much.”

And his regrets? “Drinking,” he says without a pause.”Alcohol led me to cocaine. People telling me: ‘Oh have a drink. What kind of man are you?’ All that stuff I remember from when I was younger.”

Like many interesting people, Rossi is full of contradictions. He is a rock star who embraces his band’s reputation for being “uncool”, an unerringly polite man who turns the air blue with his words, a celebrity honest about the shallowness of fame. It is perhaps this unlikely everyman quality which has drawn so many listeners to Status Quo.

Writing an autobiography also meant confronting old memories of Parfitt, who died from sepsis on Christmas Eve 2016. Parfitt lived a life of excess and had suffered a heart attack and throat cancer scare, although when he passed, aged 68, he had not used cocaine for over a decade.

“That bit is difficult to talk about,” Rossi admits. “It was difficult when I talked about it before, because you live it again. I don’t want to sound dramatic, but you really live it again.

“There are moments with his last heart attack, which were really not very pleasant. I would get annoyed and… not emotional necessarily.”

Rossi’s most colourful language is reserved for his ruminations on age. “Roger Daltrey was wrong,” he chuckles before quoting My Generation, The Who’s anthem for doomed youth. “I hope I die before I get old… No I don’t. I’m trying to hang on now. I’m extremely fit. I look after myself. Anything to stay alive.”

Rossi is not joking. His teetotal daily routine features swimming, healthy eating and workouts before rehearsal. Life, he explains, is worth sticking around for because of the kids. Rossi has eight children from two marriages, some who play music professionally, and they have prompted him to think about how his generation has treated the world.

Talk turns to the planet and Greta Thunberg. “Remember in the late Seventies, they said: ‘Prepare for an ice age.’ Well, now they are telling us it is the other way round.

“Then that young girl… If she really thinks my generation and the generation that are now 40 got on this planet and said: ‘Let’s f*** it up everyone…’

Francis Rossi’s I Talk Too Much tour will now begin on February 18, 2021, at the Shanklin Theatre on the Isle of Wight. He will also tour the UK and Europe with Status Quo between October and December 2020.