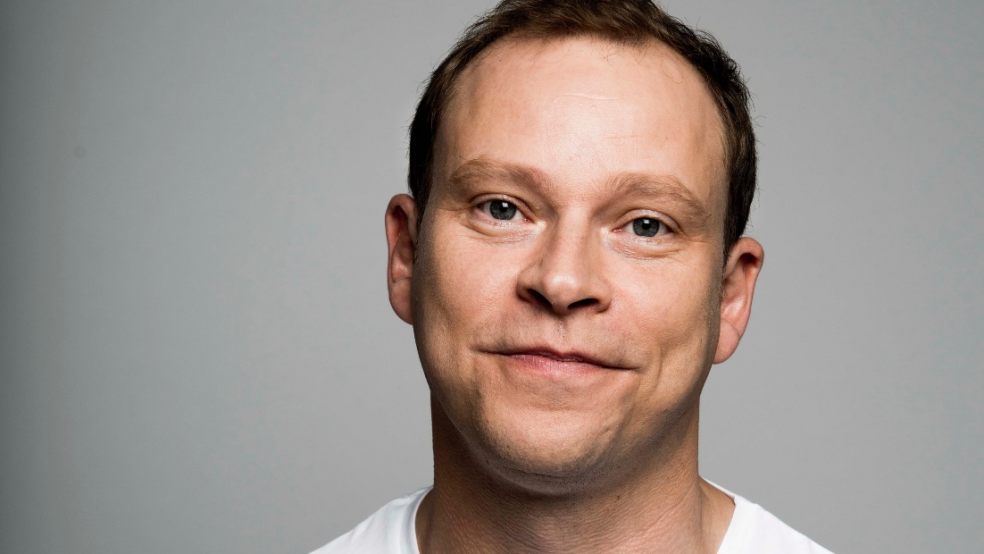 Comedian and writer Robert Webb, 47, who rose to fame with David Mitchell in Peep Show and That Mitchell And Webb Look, recently recovered from a heart operation and is relishing family time with his wife, fellow comedian Abigail Burdess and their two children Esme and Dory.

He writes from his home in London in between school hours, and has just penned his first novel, Come Again. Here, he talks about family life, meditation and keeping fit.

You had heart surgery last year. How do you look after yourself now?

“I don’t have a special regime. I try to keep moving as much as possible. I blame my PE teachers – although I shouldn’t because they were perfectly nice people – but I didn’t have a great relationship with PE and games at school. I was so skinny and mal-coordinated and bad at all the sports.

“I’m trying to recapture the joy of, as my brother-in-law calls it, moving without losing. I just try to keep active with a bit of walking.”

What’s your go-to way to cope with stress?

“Just to remember that this will pass and that actually it’s not as important as I think it is. Ask yourself the question, ‘What’s the worst thing that’s going to happen?’ Actually, it’s usually nothing remotely bad at all. If I’m late for this meeting, I’m late. Most of the stuff I used to get stressed about isn’t worth worrying about.”

“I do, from time to time. I’m getting a little bit into mindfulness but again, it’s not a regular thing. I started doing it regularly and then it would get to 11 in the morning and I’d think, ‘Oh s***, I haven’t meditated. I was getting stressed about it!

“I listen to a mindfulness app for 10 minutes and concentrate on my breathing. Every time you experience an emotion you gently let it go by and refocus your attention on your breathing and what you can feel and hear around you. It’s not exactly tuning out, but it also helps my sleep pattern.”

How do you relax?

“I’m trying to spend less time on Twitter, because that makes me agitated. I read a bit more and at the moment, I make sure I have a long walk every day. I watch TV and listen to podcasts on my own. But in the evening, it will usually be me and Abi watching the telly.”

Do you sleep well at night?

“It’s getting better. I went through a phase of it being patchy. There must have been something on my mind. In the later stages of finishing my new novel, Come Again, it was patchy.

“It’s when you’re trying to pull everything together and you’re worried you’ve been spinning this plate for a while and now it’s going to just crash to the ground.

“I don’t consciously worry like that, but I’m retrospectively trying to work out why I went through a patch of not sleeping so well.”

“We make a point of eating together three or four times a week, that’s when we start talking.

“At other times, we’ll watch TV together, if there’s something on like Dinner Date. The kids like it when Abi and I mock the contestants. I don’t really like reality TV, but things like Sewing Bee or Bake Off we watch together. The children are usually in bed by the time Gogglebox comes on, because that can get quite fruity.”

You’re married to a fellow comedian and writer. Is it a barrel of laughs in your house?

“Not all the time. Like any other couple, we fight, but probably using slightly more stupid voices. We’re not really competitive with each other.

“There’s a disparity between who’s had a break when. I had a massive break with Peep Show in 2003 but it hasn’t really happened for Abi in quite the same way. She’s very successful compared with most actors and writers in that she makes a living, but she hasn’t had the ludicrous good fortune that I have.

“We run material past each other and read each other’s stuff. I wait politely to be invited to make comments. You have to be respectful.”

Best thing about being a parent?

“The unconditional love and, for me, feeling useful, feeling that I can help and make a difference to someone.”