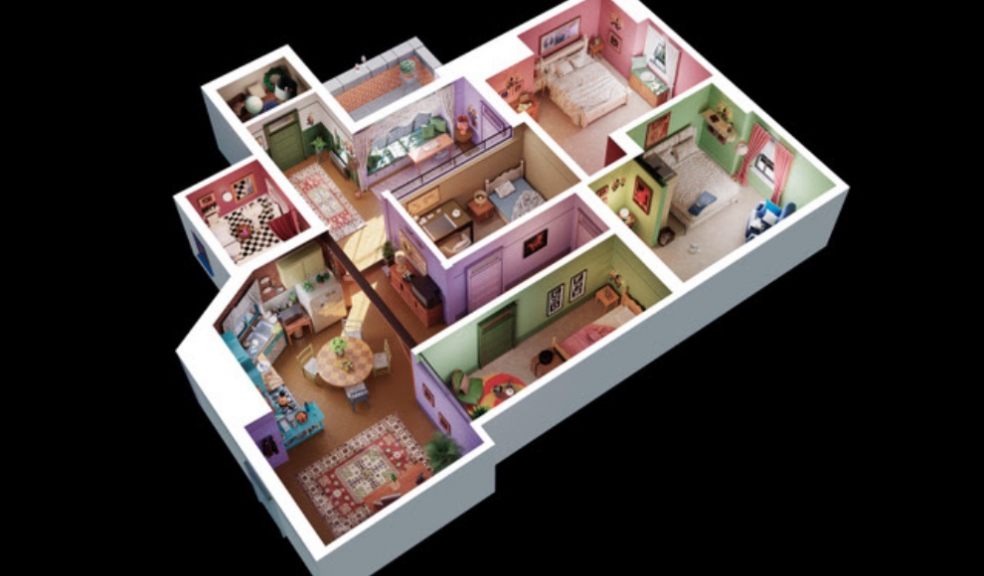 SpareRoom redesigns Monica’s apartment from Friends, showing how it would look with the living room taken away and converted into more bedrooms

83% of flatsharers who have living rooms believe this space is important for their wellbeing, helping them form friendships (37%) and have shared experiences with their flatmates (40%)

The lavender walls, the cream sofa, the giant rug, the vintage poster behind the TV. Millions are familiar with the living room in Monica’s apartment from Friends and the iconic moments that happened there over the sitcom’s 10 seasons. But a redesign of the apartment, released today by flatsharing site SpareRoom, sees that world-famous living room taken away and converted into two more bedrooms - painting a dramatically different flatsharing experience for the gang.

This living room-less vision of the Friends flat was created by SpareRoom to highlight the importance of communal spaces in creating happier flatshares. It follows new research1 by the flatsharing site revealing that a quarter (26%) of flatshares in the UK don’t have living rooms.

According to SpareRoom’s survey, 38% of flatsharers without a living room believe it has negatively impacted relationships with their flatmates. 59% of those say a lack of a shared space makes it harder to get to know their flatmates, 64% believe no living room means they rarely see one another and 69% feel it prevents them forming a sense of community. It’s perhaps no surprise then that 87% of those without a living room say they miss having one.

Some of the most fondly-remembered scenes in Friends feature the whole gang in the living room. Rachel being welcomed into the fold; the apartment switch quiz; Rachel finding out about Ross’s feelings for her; Chandler in a box; Monica, Rachel and Phoebe wearing wedding dresses on the sofa. None of these shared moments would have happened without the living room. And the fact that 53% of Friends scenes take place in the living rooms reflects its role as the social heart of a shared home.

Indeed, back in the real world, flatsharers who have a living room say that they create a place to socialise (70%), they’re a good space to relax and unwind (84%) and that they‘re a place to share experiences (40%).

The vast majority of flatshares with a living room say simply having another room to spend time in, other than their, bedroom has a positive effect on their overall wellbeing (84%). Two thirds (68%) said they’d be more likely to renew their current contract because of their living room.

During lockdown the importance of the living room has been brought into even sharper focus, with more than three quarters (79%) saying that having this shared living space has been helpful. Meanwhile, 72% of those without a living room say the restrictions imposed by lockdown have made them want a living room more than they would have.

The overriding reason why people choose flatshares with no living room is affordability, with 39% saying it was cheaper and 25% saying that flats and houses with living rooms were beyond their budget.

Matt Hutchinson, SpareRoom Director comment: “Sharing isn’t really about the space – it’s about the people you live with. But, unless you have somewhere to socialise and get to know each other, then it can be hard to feel like you’re really sharing. Living rooms are a space where flatmates become friends, where shared memories are made and they’re very much the social heart of a flatshare. Our research shows that flatmates who have a living room are more likely to become longer term tenants, so there’s a clear benefit to landlords having communal living areas in their properties.

But the lack of living rooms isn’t just down to landlords. The UK’s housing crisis means affordable rents are a real problem for millions. So when people look to cut their costs, a living room is often the compromise they make. So until having a home, whether you own or rent it, is genuinely affordable, then people will carry on turning living rooms into bedrooms, and missing out on one of the real joys of shared living in the process.”