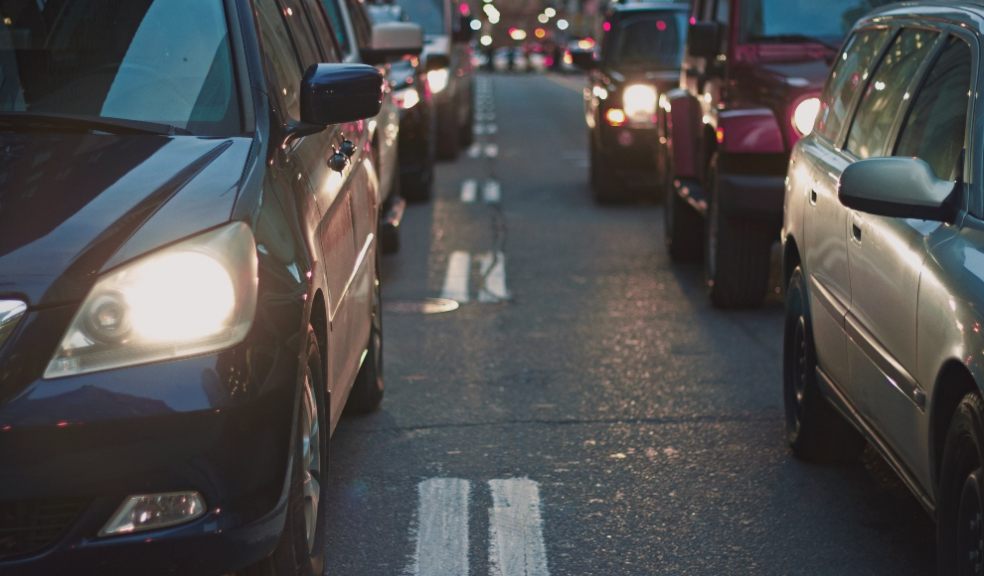 Whether you’re new to the roads or you’ve had your driving licence for decades, there will no doubt be a few driving habits that really grind your gears. From drivers who hog the middle lane to those who don’t indicate when making a turn, these bad habits are not only frustrating but also extremely dangerous.

Many motorists are unaware that some of the driving habits they’ve picked up are illegal and could land them with a hefty fine or penalty points. Here at Uswitch, we’ve explored six of the UK’s most frustrating driving habits in a bid to reveal the consequences you could face if you’re caught in the act.

Uswitch Car Insurance expert, Ben Smithson, said: “It’s not uncommon for drivers to pick up bad habits on the road, even if they have been driving for years, however many are unaware that they could be illegal and dangerous. “Offences such as tailgating and driving below the speed limit increase the risk of an accident and are not only punishable but could also invalidate an insurance policy if a claim is made.”

During your time on the roads, it’s likely you’ve experienced tailgating. If you’re not sure what it means, tailgating is when another motorist fails to keep a safe distance when driving behind you (usually a two-second gap) and is dangerously close to the tail of your vehicle. While it can often be unintentional, many drivers tailgate to express their frustration if they think you’re driving too slow, or you’re holding them up. It can also occur when a driver is trying to stop other road users from moving into their lane.

Although it may not seem like a punishable offence, tailgating greatly increases the chances of an accident, especially if the driver in front needs to brake sharply as there  won’t be enough space for you to stop. It is also a huge cause of road rage and can make drivers feel intimidated or unsafe.

In light of this, police have powers to issue on-the-spot fixed penalties for inconsiderate lane use. The fine is £100 and three points on your licence.

In a bid to clamp down on the offence, new cameras are currently being trialled on a 150m stretch of the M1 and could be rolled out across the UK in the coming months.

From early October to December last year, 26,000 tailgate offenders were identified by the cameras, as they failed to keep a two-second gap from the vehicle in front.

Data from Highways England reveals in total, 28 fatal accidents and 599 serious road crashes were recorded last year where driving too closely was considered a “contributory factor” to the collision.

Ben Smithson said: “While the two-second gap provides a safe distance in many circumstances, weather conditions and visibility also need to be considered. There are situations where you need to keep more distance from the vehicle ahead, for example when driving in snow or ice, or on wet and slippery roads.

“Those who are towing a trailer or caravan should also keep more distance, alongside anyone driving in poorly lit areas or fog. If in doubt, always allow more distance.”

If you're driving on the motorway next to a middle lane hogger, you’ll know how frustrating it can be. The middle lane should only be used for overtaking, however it’s not uncommon to see motorists remaining there for longer than necessary.

Rule 264 of the Highway Code states that: "You should always drive in the left-hand lane when the road ahead is clear.

"If you are overtaking a number of slow-moving vehicles, you should return to the left-hand lane as soon as you are safely past."

Alongside this, many may not actually realise it is an offence that comes under careless driving. In June 2013, new penalties were introduced to help tackle the problem, giving police the power to issue Fixed Penalty Notices for careless driving. The change meant that motorists could be hit with a £100 fine and three penalty points for incorrect lane use.

This is because of the potential danger it can cause, especially when travelling at high speeds. When those driving in the inside lane catch up with a middle-lane hogger, they then need to move across two lanes to overtake the lane hogger, to avoid ‘undertaking’. This means the driver must complete four lane changes in total, instead of two.

Driving below the speed limit

Even though our attention is normally focused on speeding, driving too slowly can also land you a hefty fine.

It may not seem like a dangerous act, however driving below the speed limit has the potential to enrage other motorists, encouraging dangerous behaviour on the roads.

It could provoke tailgating, alongside unsafe overtaking procedures which increase the risk of a collision.

Driving too slow can also cause congestion, which could become distracting and dangerous for some motorists.

Last year, data from the Department for Transport (DfT) revealed the number of road incidents related to slow driving has increased. In total, there were two fatalities, 26 serious injuries and a further 132 less severe injuries.

Although many roads do not have minimum speed limits and speed cameras are unable to identify whether you’re driving too slow, police officers do have the power to stop you if they feel you are at risk.

Cases are judged on an individual basis, with penalties ranging from a verbal warning to a maximum fine of £5,000 for driving without care or attention.

However, in less severe incidents, drivers are likely to be charged with a low-level speeding offence, which incurs a fine of £100 and three penalty points.

“Driving too slowly on any road can put yourself and other road users at risk, so always pay attention and stick to a speed that’s safe for the road conditions.”

Whether a driver has carelessly parked outside the designated lines or has deliberately taken up two spots, it can be extremely annoying when you’re looking for a place to park.

In many instances, expensive car owners hoping to protect their motor from damage will intentionally park across two bays, but is there a penalty?

It usually depends on the type of car park you're in, as different rules may apply. Many pay-and-display car parks state that vehicles must be left within the limits of a marked bay, suggesting if you park across two, you could risk being fined. This also applies to residential parking bays, where leaving your vehicle outside the lines of the space could lead to a penalty from a traffic warden.

Shopping centres and supermarkets aim to maximise the number of people who visit, meaning they may also see this as an offence, alongside car parks or spaces owned by the council, who can distribute a Penalty Charge Notice for parking outside the marked lines.

If you didn’t park across two bays intentionally and receive a Penalty Charge Notice, you should check that the parking space met the minimum width, which is currently 1.62m wide. This is measured from the outer edges of the white lines and could be your grounds for appeal.

Depending on whether you’re in a public or privately owned car park, fines can range from £25 to £100, and will further increase if you fail to pay.

Failing to use your indicators correctly

It goes without saying that using your indicators to signal your intention to turn is a fundamental part of driving. However, many drivers may be unaware of one simple mistake that could land them a hefty fine.

Even if there are no cars on the road, failing to signal to pedestrians could see you faced with nine penalty points, a fine, and even a potential disqualification.

The Highway Code says: "Signals warn and inform other road users, including pedestrians, of your intended actions."

If you fail to indicate for a pedestrian and somebody is injured as a result, you can be charged for ‘driving without due care or attention’, or even dangerous driving in very serious incidents.

Ben Smithson said: “Failing to use your indicators to signal is not only confusing for other road users and pedestrians, but also dangerous. The negligent act would invalidate your car insurance if you were to be involved in an accident and there would likely be harsh consequences as a result.”

If you’ve been known to beep your horn in a moment of rage, or you’ve used it to get the attention of friends on the roadside, you may want to keep the noise down in future.

According to the Highway Code, drivers should only use their horns “while your vehicle is moving, and you need to warn other road users of your presence.”

It also states that drivers should never sound their horn aggressively – as this could result in a fine.

Beeping outside someone’s house to let them know you’ve arrived is also a no-no, as it’s illegal to sound your horn when you are stationary on the road, and when driving in a built-up area between the hours of 11.30 pm and 7.00 am. The only exception to the rule is if another road user poses a danger.

Firstly, the council will send a letter to the offender to formally address the issue. However, if the noise continues, an Abatement Notice is issued, and if it isn't complied with, the maximum fine is £5,000 on domestic premises and £20,000 on commercial premises.