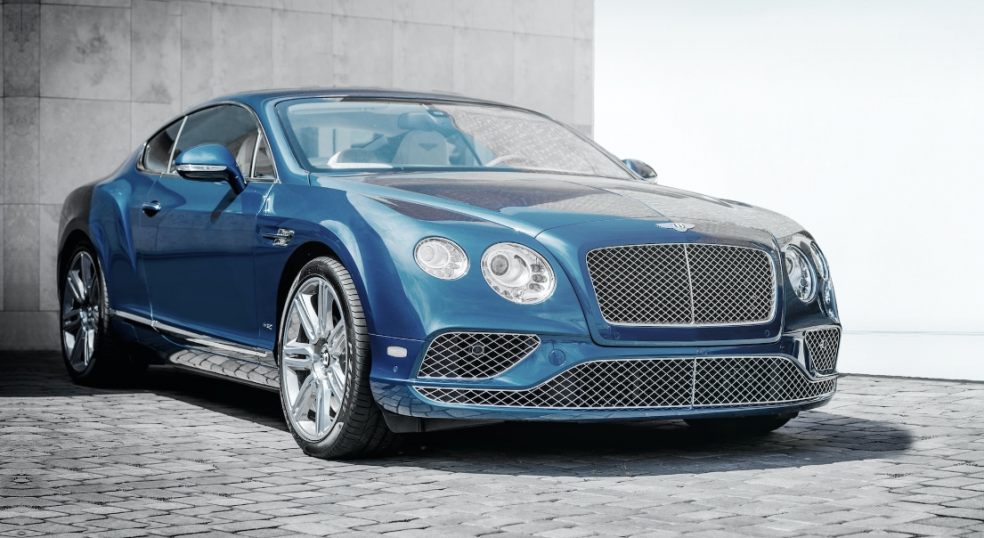 Even though Lockdown The Third is forcing Premier League footballers to play matches behind closed doors, it isn’t stopping them from opening up sales of their prized fast rides and supercars.

Auto Trader, the UK’s largest digital marketplace for new and used cars has a number of luxury cars previously owned by famous footballers.

Here’s a roundup of footballers’ cars currently on Auto Trader, that are ready to buy with home delivery or click & collect so you can still get your fix during lockdown.

England Manager, Gareth Southgate owned this Bentley Continental for three years, before it fell into the hands of a private seller. Registered in 2015, the 4.0L convertible runs on petrol, is automatic, and has been given a recent facelift with a Piano Black veneer, full ceramic coating and an alloy wheel refurb.

One of England’s goal keepers in the last World Cup, Jack Butland ordered his Range Rover Sport in December 2018 and had it fully personalised before it came into his possession in March 2019. The interior has been revamped to look like a football’s hexagon stitched pattern so there’s no forgetting the previous owner’s vocation. It also comes with full privacy glass windows, a refrigerator compartment, and 360 degree surround camera system. The 5.0L petrol SUV has done 28,000 miles so far and is ULEZ compliant.

Finally a footballer’s car that’s not an SUV – this Mercedes-Benz S Class coupe was previously owned by German-born midfielder, Emre Can, who seems to have a thing for the Mercedes brand. Originally wrapped in camel green, the car has now been finished in Obsidian Black Metallic with red painted brake callipers. The miles on this 5.5L petrol automatic are slightly above average for an S Class 66 reg, with 30,000 miles on the clock, suggesting Emre didn’t just keep this looking pretty on his driveway.

Wanting to protect his name, the dealership here hasn’t divulged the footballer who is selling not one but two of his cars in one go, both with a 2017 reg, suggesting he bought them at the same time.

First up is his Bentley Bentayga, a 4.0L diesel SUV with just 20,000 miles on the clock. It’s just landed and currently being prepared for sale, so you could be one of the first to check it out. The car’s been decked out with all the extras by the footballer, with mood lighting, a piano black veneer and drilled alloy sports foot pedals with matching footrest.

The same Premier League player clearly has a thing for SUVs, having owned a Mercedes-Benz G-Class since 2017 alongside the Bentayga. Again this car has had no expense spared, with an Obsidian Black wrap and Black Designo Exclusive Leather interior, full privacy glass windows, and Heated and Cooled seats with Memory Function. This petrol SUV has a 5.5L engine and has clocked 23,000 miles.

Reminiscent of the Transformers Bumblebee, Vincent Kompany’s limited edition Ford Mustang Shelby GT-California is one of just 215 made. The former Manchester City footballer is the only previous owner of the 4.6l manual car, which has just 3,000 miles on the clock. It’s been fitted with a Ford Racing Power Upgrade Package, and superbly finished in Grabber Orange. This particular car seems to have been on sale for a while and has had its price cut, which is weird…why wouldn’t anyone want a Transformers car?

Auto Trader’s Rory Reid says, “Auto Trader continues to be the go-to-destination for footballers looking for a change of wheels, and 2021 shows no change in the continued popularity for SUVs amongst Premier League stars. It’s great to many are available for home delivery or click & collect, which is perfect whilst we’re in lockdown.”