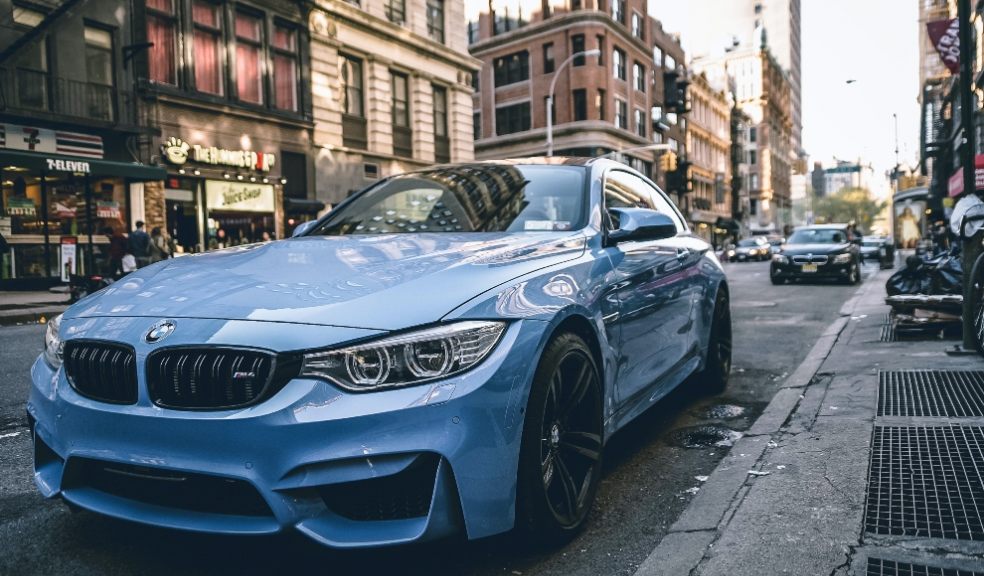 Everyone knows there are stereotypes associated with certain car brands, but what do these motors really say about the owners behind the wheel?

Believe it or not, the car you drive reveals a lot about your personality. The brand, model, and colour you choose can highlight some of your key traits, including your attitude, lifestyle, and perceptions.

And, while there’s no doubt some drivers get judged by the model or colour of their car, here at Uswitch, we couldn’t help but wonder if there’s any truth behind the stigma.

In a bid to find out more, we teamed with expert psychologist, Lee Chambers, to find out the true personality traits of motorists who drive some of the most controversial models.

Tesla - Forward thinking, innovative and a bit of a risk-taker

One of the most luxurious electric vehicles on the market, our expert describes those who drive a Tesla as pioneering and innovative – much like the man behind the brand, Elon Musk. With a lot of drivers still anxious about making the switch to electric, those who have already splashed out on a Tesla are also likely to be daredevils and willing to gamble on a cause they believe in.

The Volkswagen Beetle is one of history’s most influential cars, however in 2019 production of the latest version of the iconic bug came to an end, as the car manufacturer shifted its focus to SUVs and futurist initiatives like electric cars.

However, it seems those who are still lucky enough to drive a VW Beetle today have very distinct personality traits which align with the curves on their car. Chambers said: “The iconic curves suggest the driver is creative and thinks outside the box. They are also likely to have traditional values and will usually follow their heart.”

The small but mighty Mini Cooper is loved by drivers of all ages. Whether you have a classic model from the 1960s or a modern version of the retro ride, those who drive a Mini are extremely proud. Not only are they proud of their car, but they are also proud of their achievements in life and are likely to have high levels of confidence.

Chambers told us Mini Cooper drivers are also highly organised, given the lack of space in their car, and are usually mindful individuals who pay close attention to the feelings of others. They don’t like to cram their diaries with lots of events, and often take a more relaxed approach to life.

The Fiat 500 is possibly one of the more controversial car models of the decade. In 2018, a parody Twitter account named “Fiat 500 Twitter” went viral after mocking young British females who drive the model.

Described by the Twitter account as being a fan of Love Island and Keeping Up With The Kardashians, a Fiat 500 girl is supposedly in her late teens or early twenties, spending most of her time taking selfies and buying chicken nuggets from a McDonald’s drive-thru.

However, is this really true? Well, it seems there’s a lot more to Fiat 500 drivers than reality TV and fast food. According to our psychologist, while these motorists do have a strong desire to conform to society, they are also very artistic individuals who love to be creative.

It’s not just teenage girls who fan over the Fiat 500 either, as recent data from Diamond insurance showed that the Fiat 500 Lounge features in the top five cars for married mums aged over 46.

Audi - Trendy, wants to make a statement while still adhering to social norms

Fiat 500 drivers aren’t the only ones to cause controversy, as Audi drivers are often in the spotlight for all the wrong reasons.  A recent study from Vanmonster suggests that Audi drivers are the least competent, considerate, and honest. But surely that’s a little unfair? To help shun the stigma around Audi drivers, our expert shared some of their more positive personality traits.

He said: “Audi drivers are usually very stylish and tend to follow popular trends. If you own an Audi it’s likely you’re trying to make a statement, without standing out from the crowd too much.”

Historically known as the ‘Ultimate Driving Machine’ BMW positions itself as a superior, luxury brand, which is likely to be one of the reasons why it appeals to confident drivers. Recent research from YouGov Profiles highlights that 70% of BMW owners see themselves as being more knowledgeable than other drivers, and while this may seem like a bold statement, Chambers agrees that these car owners certainly don’t lack confidence.

He said: “BMW drivers are likely to be brave, given the stereotypes often presented. They are very confident and have a lot of self-belief.”

It may also come as no surprise that BMW drivers love a bit of bling and strive for a taste of the high life. But then again, who doesn’t love a little luxury?

Favoured by celebrities and sports stars, the Range Rover is another luxury model that sparks a lot of debate.

Manufactured by Jaguar Land Rover, those who own a Range Rover are often seen as adventure lovers thanks to the brand’s history of creating off-road vehicles. Lee Chambers also states that Range Rover drivers prioritise safety, while their elevated driving position indicates they want people to think they have a high social status.

With 49,174 new registrations in 2020, the Ford Fiesta took the title as the best-selling car of the year, proving to be particularly popular with young and new drivers.

Described by our psychologist as practical, reliable, and non-judgemental, the Fiesta driver knows exactly what they want in life and live by their own design. According to data from YouGov, if you drive a Ford Fiesta, you’re also likely to be a huge fan of Hollywood actress Julia Roberts and movie legend, Pierce Brosnan.

What does the colour of your car say about you?

The colour you choose, as well as the make and model of your car, can also reveal a lot about your personality.

Whether you’ve opted for a traditional colour or you’ve had your car sprayed a vibrant shade of pink, here’s what it says about you.

Over 6.5 million motorists in the UK drive a black car, making it one of the most popular colours overall. Often seen as a power colour in the world of fashion, those who drive a black car tend to ooze sophistication and have great style. They also appreciate control, but often take a reserved approach, avoiding any unnecessary drama.

Silver or Grey - Sensible, reliable, and happy to conform to society

For the third year in a row, grey has proved to be the most popular new car colour in the UK.

Figures released by the Society of Motor Manufacturers and Traders (SMMT) show that grey cars represent nearly a quarter (24.3%) of all new models sold in 2020, followed closely by black (19.9%).

Grey or silver car owners are described by our psychologist as having a sensible nature, often considering practicality over desire. You can also expect them to keep their word as they are very reliable and tend to conform to society, often shying away from the spotlight.

Falling shortly behind grey cars, SMMT figures also reveal that white is amongst the most popular colours for new cars, making up 17.3% of registrations.

Statistically, you should expect to see three white cars for every 10 that pass on the road. According to our psychologist, white car drivers tend to be clinical, highly organised, and strive to achieve a high status within society.

One of the most iconic colours, traditionally associated with Italian luxury sports cars, red is still one of the UK’s favourite shades, with 3,486,735 new registrations in 2020.

While there are many different types of reds, they all express similar traits. Those who have a more vibrant shade are typically bolder than those who drive a deeper colour, like wine or burgundy. However, in general red car drivers are highly sensual and like to be the centre of attention. They are high-energy, dynamic, and love to socialise with new people.

Often described as ‘sunshine on wheels’ yellow cars certainly add a splash of fun to the roads. Not only that, but these cheerful motors are often thought to be safer than common colours such as black and silver, as yellow is the first colour we see in our peripheral vision, making them easy to spot.

It probably comes as no surprise to hear that yellow car drivers often have a very pleasant nature. They are bursting with energy and always look on the bright side of life.

Blue - Safe, with an air of calm confidence, unlikely to be fazed

It’s probably safe to trust the driver of a blue car, no matter what the shade is, as they’re likely to be very faithful. If one of your friends drives a blue car, they’re probably going to be by your side forever.

These drivers, which make up 16.92% of all those on the road, also have a calm nature and are unlikely to get stressed easily. They ooze confidence, however, show no signs of arrogance.

Purple, while still a custom colour, is growing in popularity. Lea Eiseman, executive director of the Pantone Colour Institute, recently told Thrillist that purple has gained a great deal of attention in recent years as it’s becoming more commonly known as the colour of creativity.

The person who drives a purple car wants to be perceived as original and unique; they love to make a statement and stand out from the crowd.

The number of pink cars registered with the DVLA has risen from 19,959 in March 2017 to 22,728 in March 2020, indicating this pretty pop colour could soon become a new car trend. Interestingly, Leicestershire was the most popular location for pink cars, according to the SMMT, with 23.7% of the UK’s total registered in the region.

If you drive a pink motor, you’re definitely not one to shy away from the spotlight. You are bright, bubbly, and bold, not to mention you have a heart of gold. Pink tones down the physical passion of red, replacing it with gentler energy. It represents tenderness and sensitivity and is a sign of hope in colour psychology.

Gold - Traditional, with a balance of competitiveness and comfort

According to Fleet News, gold cars make up just 0.3% of all those registered in the UK last year, making them one of the rarest colours to see on the road. However, despite this, there were still 105,065 gold vehicles registered in 2020 – and if you own one of them, you’ll want to know exactly what the colour reveals about you.

Our expert, Lee Chambers, described gold car owners as traditional, suggesting they tend to stick to what they know, rather than trying new things. Those who fancy gold also love comfort and can’t resist a little glamour. While not highly competitive, they do enjoy the success of winning.

Motorists who opt for a green car usually lead a well-balanced life and are extremely down to earth. They are grounded and humble, known for taking a very simple and understated approach to daily life.

Green car drivers often have a connection to nature, particularly those who opt for a lighter shade. Those who drive a darker shade are generally more traditional than those with a brighter one, which indicates a person has a spontaneous personality.