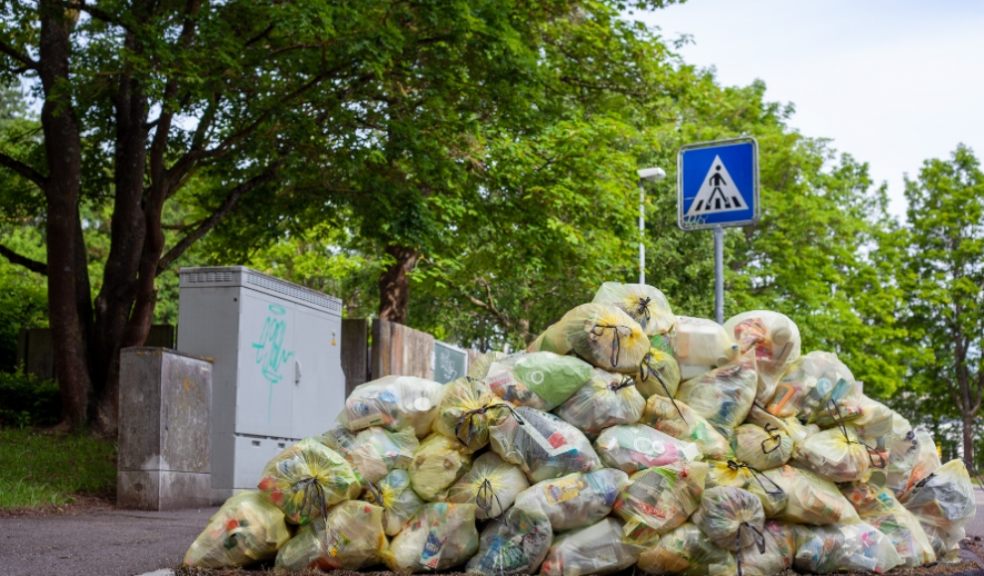 Roast dinners, strawberries and cream, fish and chips – the UK is clearly a nation of food lovers.

But new figures show that we are also a nation of food wasters, with the average UK family throwing away around £350 of food each year.

Divert.co.uk, the food waste collection company that hates waste, thinks that it’s time for the UK to stop throwing away so much food and find new ways to use up all of our produce.

“There are 28 million households in the UK, throwing the equivalent of a pound’s worth of food away every day,” says Mark Hall, spokesman for Divert.co.uk. “We did the maths – that’s over TEN BILLION POUNDS annually.”

“Think of how many needy people we could feed with that.”

Crunching the numbers on wasted food.

The UK throws away over 9 ½ billion tonnes of food waste a year, enough to fill up the Royal Albert Hall 190 times over.

That’s a total of each household throwing away nearly 2kg of food each day.

And of this waste, 41% of it is thrown away because it wasn’t used in time, 28% because of personal preferences, and 25% of waste is unwanted leftovers.

With this much surplus food being produced and sold across the UK, it’s hard to believe that the numbers of people living in poverty and going hungry are increasing – especially when there’s enough food to go around.

But unfortunately, 8.4 million people in the UK are currently living in food poverty, which is where individuals or families are unable to access or afford food – a circumstance which can be triggered by a personal or financial crisis.

The Trussell Trust, a charity that aim to stop UK hunger, handed out 2.5 million emergency food parcels between April 2020 and March 2021, a 33% increase on the previous year – and 980,000 of these were for children.

Hall: “If we can make the most of what we have across the UK as a collective and find a way to redistribute the good food that is wasted to those that are hungry, we can prevent this unjust behaviour of allowing people to starve when so much is thrown away.

“We’re not a poor country, just a little collective thought will make everything so much better.”

Luckily, there are organisations and charities who are already getting stuck in to make sure good food finds its way to those who need it instead of ending up in the bin.

FareShare – who redistribute surplus food to those in need – provide enough food to create nearly 1 million meals for vulnerable people each week.

The real junk food project - is an organisation that uses food that would otherwise have been discarded from supermarkets, restaurants, and other independent food suppliers to produce meals that are sold on a pay what you want basis

Hall: “We need to expand on this incredible work to make sure it reaches more people, and really tackle the food waste crisis that is drowning the UK under mountains of rotting produce.”

If like many others up and down the country you are guilty of throwing away perfectly good food, there are plenty of things you can do to try and minimise how much goes in the bin.

Why not try meal planning so you are only buying exactly what you need for the week and try cooking things in bulk and freezing excess portions for easy dinners?

Or you could get creative with new dishes to use up food approaching its use-by date, such as chucking everything into a stir fry, or a everything-but-the-kitchen-sink casserole.

Another simple trick is to make sure you are storing your food correctly to make sure it lasts as long as possible.

Hall: “I didn’t realise until recently that foods like bananas and apples shouldn’t be stored near each other or other fruits and vegetables, because they are highly gaseous and speed up how quickly foods begin to rot.

“You can also use lemon juice to keep cut avocados fresh and put paper towels under leafy greens to make them last longer.”

Finally, look at local charities and organisations to see if there are any ways you can donate food that will not be eaten before it perishes, or try to offer it to friends or neighbours.

So all is not lost, and you can save money and reduce your waste just by planning ahead and getting savvy with the food you already have.

Hall: “But the best tip I can give you is to never go food shopping when you’re hungry – last time I ended up leaving the supermarket with everything for a barbeque and then it rained all week.

“Greed gets the better of us – buy less, make it go further.”