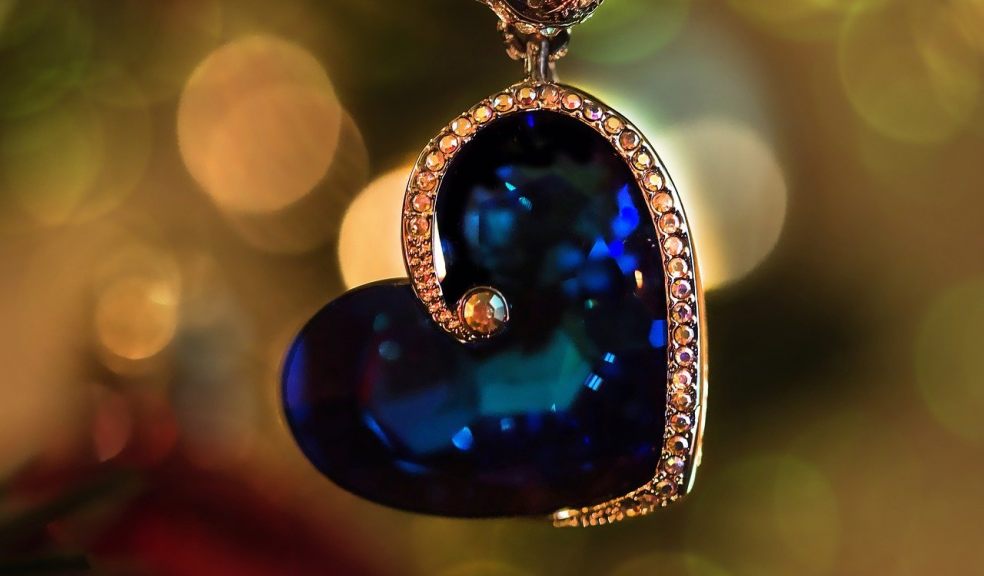 The popularity of gemstone jewellery has grown exponentially over the years. These are believed to hold particular powers by enthusiasts, although this is of course denied by experts. Regardless of this debate, buying these items can be a fun and interesting hobby and if you enjoy learning the alleged meanings behind these gemstones, this is the guide for you.

Garnet
Birth months are often seem as being synonymous with particular gems, known as birth stones. Depending on the month you’re born, you can be assigned a particular stone. If you are born in January, the garnet is your birth stone. Travellers used to carry garnets with them throughout history as they’ve been said to calm nerves, provide willpower, and light up the night for those long journeys.

Pearl
The pearl, which is the only stone in this list that is created via biological means from the inside of a clam or oyster, has become synonymous with clarity, creativity, charity, and wisdom. They became very popular at the turn of the last century and were turned into strings of necklaces and are still sought after today. Finding your favourite gemstone jewellery can be difficult, especially when looking online. Quality is one of the most important characteristics when it comes to owning these items. If you want to be certain you’re getting the best gemstone jewellery for your money, displayed carefully and delicately, visit reputable sellers such as those at frankibaker.co.uk.

Amethyst
These gems, for February babies, were originally designated solely for royalty. Ancient Greek nobles wore jewellery with amethysts in and even drank from amethyst cups, primarily to encourage its people not to overindulge due to its links with the god of wine. Over the years, this gemstone has become much more commonplace and is now a very affordable stone. The rich purple of amethyst compliments gold very well, leaning into its well-established visage of royalty. Today, it’s commonly worn to promote positive mental wellbeing, stabilising emotions and keeping the wearer calm.

Aquamarine
Aquamarine itself was commonly sought by sailors who believed it could help keep them safe at sea. The blue shades found in aquamarine along with the declining availability have made these very popular choices. This stone is also said to symbolise good health and youthfulness. The crystal-clear colours of aquamarine have an appearance not dissimilar to the clear and calm waters of the Mediterranean or the Caribbean. They are said to also promote feelings of calmness and clarity. Affixing these to silver jewellery assists in making them sparkle and shine.

Diamond
Everybody knows what a diamond looks like, being the most iconic and most sought after of all the gemstones throughout history. The rarity of these stones make them an extravagant gift and are often reserved for gestures of love and eternal dedication. This is why they are predominantly used as a gift for a lover or in an engagement ring. Over the years, diamond has been used to signify purity, innocence, strength and courage too, and has developed a somewhat ethereal and holy reputation due to these attributions. No matter the metal, the simple yet stunning appearance of a diamond can work in pretty much any jewellery and is solely based on preference.

Emerald
This stone, assigned to those born in May, has been revered across the course of history, with the ancient Greeks and Romans believing it to strengthen their connection to their deities. This stone is said to have links to time itself, providing mystics with the power of foresight and the discernment of truth. The ancient Romans believed emeralds to be a sign of the goddess Venus, linking it to love and positivity. These beliefs have spread throughout the cultures of the old world, from Babylon to Cleopatra’s Egypt and beyond. Today, believers suggest that emeralds strengthen our connection to our dreams and can even help you to manifest those dreams into reality. The deep green of an emerald works well with both gold and silver metals, with gold complementing the richness of the gem, and silver contrasting with the darker colour, helping it to stand out even more.

Ruby
Blood red rubies are revered by those of the Hindu faith and are said to protect people from darkness and evil. Throughout history they have also been said to have natural healing benefits both mentally and physically and were often embedded into drinking receptacles so users could receive these alleged powers. Rubies are also known to symbolise love and strength and are occasionally used in wedding and engagement jewellery, especially for Indian weddings.

Sardonyx
It’s actually quite unlikely that you’ve heard this name before, but this is indeed the traditional birthstone of August. This fascinating gemstone has been wildly underappreciated in recent years but was in wide circulation during the times of the Romans. Legionnaires often wore rings of sardonyx depicting Mars, the god of war, for protection, although it was also seen as being synonymous with the goddess of love, Venus. Today, people associate sardonyx gemstones with happiness and positivity, especially in love and marriage.

Sapphire
This gemstone has been a favourite of royalty and holy people for centuries, as it was believed to be a symbol of purity and a ward against evil and even poisoning. Today, borrowing from its past symbolism of loyalty and of being pure, they are often used in engagement rings to signify a couple’s dedication to one another, as well as being worn to promote a sense of fulfillment and positivity towards life. A fun fact is that rubies are technically the same as sapphires in structure and composition as they both come from the mineral corundum. The difference being their significantly opposing colours. A sapphire can actually be found in many different colours too but is widely recognised by its popular blueish-violet colouration.

Opal
This stone is by far one of the most interesting, both historically and visually. Flashing an array of colours as light passes across its surface, opal is indeed a sight to behold, making for beautiful and eye-catching pieces. For thousands of years, these stones have been used in the creation of jewellery around the world, from South America to Persia. In more recent history however, a writer by the name of Sir Walter Scott perpetuate the myth that opal were in fact a bad omen, and potentially even evil, after implying so in his novel Anne of Geirstein. However, save for this blip in the stone’s reputation, people have used this stone in an attempt to imbue themselves with luck and protection from disease. Those that swear by the mystical properties of this stone today believe that it can bring good fortune and joy when worn.

Topaz
Commonly found to be a gorgeous golden colour, topaz were believed by the ancient Egyptians to have been blessed by the sun god Ra. They believed that this immortal being imbued these stones with healing and protective powers. This stone is that of those born in the month of November and is believed by some to reduce feelings of anxiety and fear and provide clarity and optimism in dark times.

Tanzanite
Portraying the appearance of twilight, it’s fitting that this would be the birth stone of December. This dark blue and violet gemstone is said to be incredibly powerful by believers, who say that it can provide people with deeper meditation experiences. It’s championed as a very powerful crystal for spiritual activities and even alleged psychic powers. Whether you believe in this or not, there’s no doubt that these gemstones are incredibly beautiful and look stunning in many different forms of jewellery.