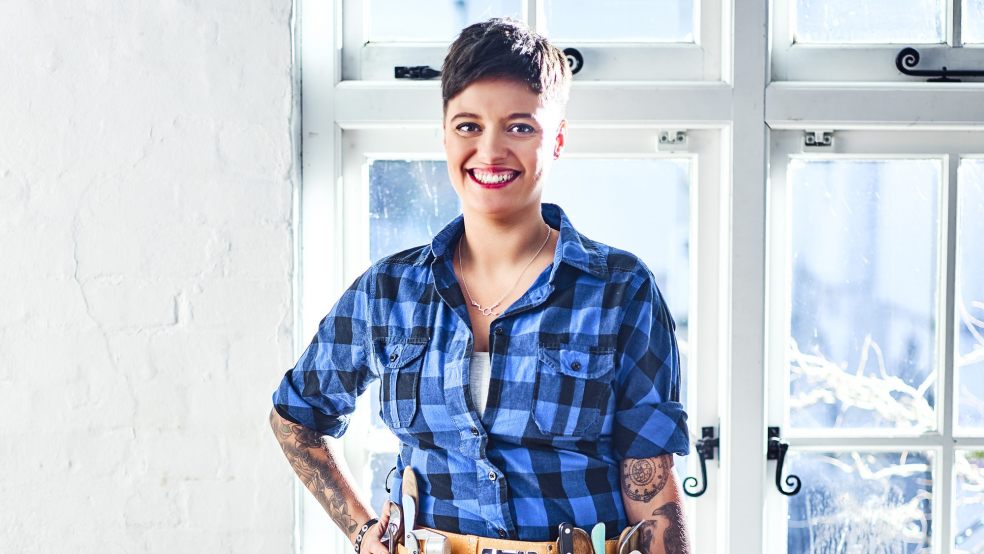 Even if you’re the kind of person who will try everything from offal to deep-fried Mars bars, that doesn’t necessarily mean your children will be the same.

Most kids spend years being fussy about what they eat, and that can be an uphill battle for parents.

However, dinner time doesn’t always have to be a struggle, food writer Jack Monroe has learned. In fact, she’s developed a pretty nifty way to minimise any feeding-time fussiness from her 9-year-old (who she refers to as “small boy”, but she does say with a groan: “I’m not sure how much longer I can call him ‘small boy’ for, he’s a proper little dude.”)

Firstly, Monroe has developed a relaxed approach to what her child eats – which can be easier said than done, it’s true. “He’s a typical child at the moment so he goes through phases. He’s exploring what he likes and what he doesn’t like,” she explains. “So some days it will be, ‘Can I have nuggets and mash?’ and some days he’ll try whatever I put in front of him.”

What’s most important for Monroe is trying not to make mealtimes a battle, because if that’s happening “you can give a really bad attitude towards food to your children,” she says.

So what does she do to minimise dinner table angst? “I have a chart on the wall with the four things he and my partner won’t eat,” she explains. So when her son says he doesn’t like something, “I go and get the chart and ask, ‘Do you like it less than mushy peas or sweetcorn?’ because you can only have four things on the chart at any one time.”

For Monroe, this helps keep her son saying, “I won’t eat that!” under control. It’s a genius hack that doesn’t make her son feel infantilised or singled out, because she and her partner are also involved. And if you were wondering, at the moment her partner (TV producer Louisa Compton) has mushrooms and almonds on her column of the chart – but Monroe remains tight-lipped about her own.

Monroe is also keen on giving her son agency over his own food. Sometimes he might want kids’ food, but if she’s cooked a delicious meal for her and her partner, and he’s intrigued, “I let him have a little bowl of it so he can try it,” she says. “He’s a typical child in that he’s discovering his own personality and can be a bit wilful, and I’m just going along with it.”

“As long as he’s getting on with his nutrients and nutrition and trying the occasional chickpea curry,” she adds, “I’m pretty relaxed about it.”

Monroe can’t hide her love for her son. “He’s lovely,” she confesses – and it sounds like dinner times are too.