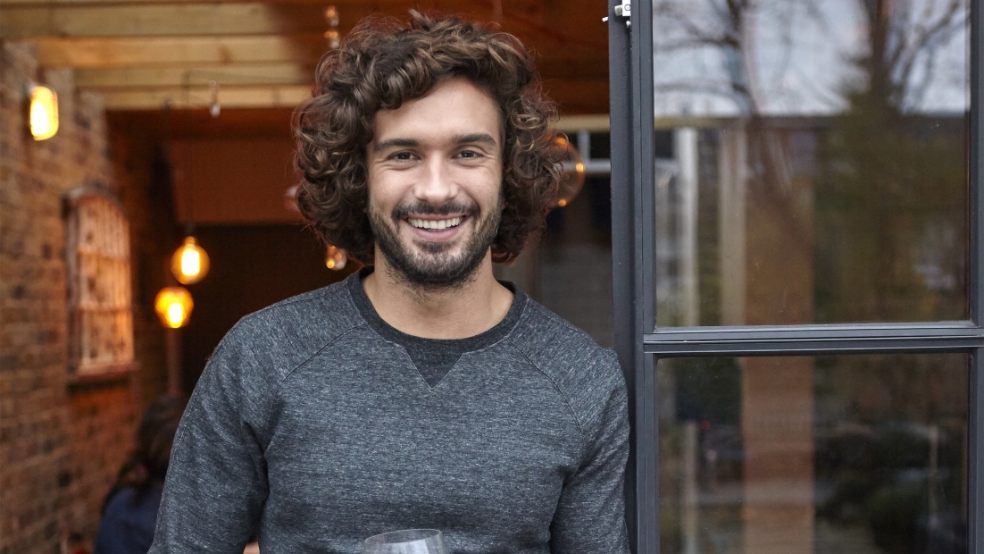 Weaning your child can feel like a daunting prospect. What will they like? What if they choke on something? What if they throw the lovingly-prepared food across the room?

Joe Wicks – aka The Body Coach and now everyone’s favourite online PE teacher – says he felt exactly the same before introducing his daughter Indie, who turns two in July, to solid food.

“I was in the same position; before you have kids you’re not sure what to do, what to start with, what not to give them,” the 33-year-old says.

Wicks, who made his name on YouTube sharing healthy recipes and home workouts, also has son Marley, six months, with wife model Rosie Jones. So they’re about to start the weaning process all over again.

“They might be a little bit slower or a little bit faster but don’t put pressure on yourself. You really have to be on your own journey with your own baby, and know they’re going to catch up eventually.”

After his successful series of Lean in 15 books, Wicks is back with Wean in 15, for which he teamed up with child nutritionist Charlotte Stirling-Reed, and it’s packed with weaning advice, stories of his own journey with Indie and 100 quick, healthy recipes – from purees, through to finger food, all the way to smaller versions of dishes to eat as a family.

Wicks wants to arm parents with enough easy recipes so they’re less reliant on packaged purees or jars of supermarket baby food. “They’re fine to have occasionally,” he says, if you’re out for the day for example, “but they’re labelled as low sugar with no added stuff, and they’re very sweet. The jars and sachets are based around fruit so there is a lot of sugar- it’s not added sugar but there’s still a lot of carbohydrates and sugars in fruit.

“When I was growing up in the 80s, my mum said that all I ate was jars of apple sauce and pear and blueberry – very sweet so it probably affected my sleep.”

While it’s not inherently bad to give babies pureed fruit, Wicks says it’s important that their diet isn’t based on it. He encourages beginning with bitter food, like green veg. “It really gets them off to a better start. If you start on sweet stuff really early, you’ll end up leaning in that direction and they’ll find it hard to receive green veg later on,” he says.

“For broccoli, cauliflower or spinach, I learned that they may not like it if you boil it – it tastes very bland! But if you roast it with cumin or curry powder or rosemary or fry it in a bit of butter so it goes crispy, they love it.”

Indie, he says, likes a bit of paprika. “She loves butter-bean mash with some homemade pesto, little vegetable risottos, a bit of mild curry.”

One thing he says made a huge impact was sitting down together to eat as a family, “rather than all the pressure on her, everyone staring,” Wicks says. “If she watches me put food in my mouth, she thinks, ‘I’m going to copy Daddy’.”

It wasn’t an easy ride to get to that point, of course: “The first few weeks are always going to be tough. I think the most frustrating thing is the food refusal,” he says. “When you make something really lovely and you’re really excited about giving it to her, and they’re like no, not interested! Charlotte said to keep exploring multiple things, don’t give up, try again, offer it to them later on, so that helped me be persistent.”

They also rushed to hospital when Indie had an allergic reaction to cashew nut butter, which he says was “quite scary”.

But parenting comes with its unique set of worries and life lessons. Wicks says “patience and tolerance” are the biggest things he’s learned through weaning. “One day your baby can be very receptive to something, the next day they don’t like it. It might just be the mood they’re in, they could be overtired, or teething,” he says. “It’s definitely about learning to be patient and understanding that they’re just learning the world.”

Steam or boil the courgette for 8-10 minutes or until fork tender. Add the peas towards the end of the cooking time and cook for 2 minutes.

Drain the courgette and peas and mash or blend, stirring through the mint. Add in baby’s usual milk or water for a smoother consistency.

Keeps for up to 2 days covered in the fridge.

30g desiccated coconut, plus extra to serve if you wish

Melt the coconut oil or butter in a non-stick frying pan over a medium heat. To cook the pancakes, add tablespoonfuls of the batter to the pan and dot the top of each pancake with a few of the chopped blueberries. Cook for 1-2 minutes before flipping to cook the reverse side. Repeat until all the batter is used.

Leave the pancakes to cool a little after cooking to prevent the blueberries from burning your baby’s mouth. Sprinkle with desiccated coconut to serve, if you like. The pancakes keep for up to 2 days covered in the fridge.