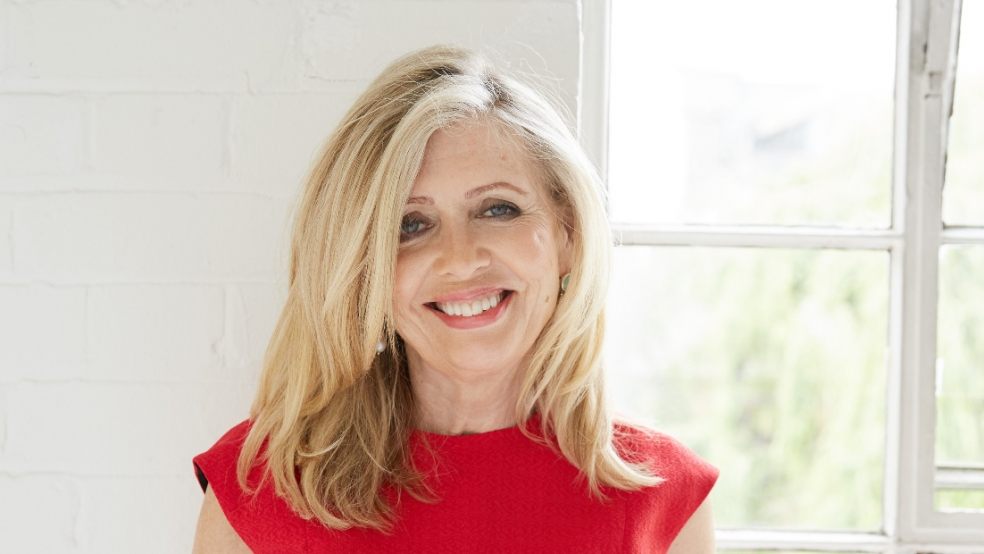 When it comes to pelvic floors, there’s something called ‘the star jump factor’, says journalist Jane Gordon. Pelvic floors – and keeping them in good working order – is just one of the challenges the writer took on for her new book, How Not To Get Old.

It all began for Gordon when she was in a bad car accident in 2017. Left unable to move in hospital (she’s since recovered), she began to really connect with how being older might be – and she wasn’t sure she liked it!

Ageing wasn’t something she’d given much thought to before – or, more accurately, she admits she’d been in denial about it. Now suddenly realising that nothing can be taken for granted, she decided to investigate. This led her down a path of taking on a series of challenges and new activities, doing everything from life drawing and visiting a sex shop, to learning a second language and brain training. Some things she loved, others were more daunting.

“I loved and am still loving life drawing,” she reveals. “It’s meditative, and I found it incredibly rewarding and relaxing. I’m struggling with French but I’m not a natural at languages.

“I was so in denial of the fact I’d ever be old, and in everyone else’s terms I am old,” adds the writer, who used to tell her family she was ’55 again’ on her birthday but is actually in her 60s (and still protecting the exact number).

“Every half an hour in hospital, they’d give you your date of birth! So I faced up to that. Women worry a lot more about ageing than men do, really. My mother died without any of us knowing how old she was,” Gordon reflects.

“It wasn’t until I had the accident that it occurred to me, ‘Yes, I’m going to be old’, being dependent in hospital and on a ward full of old ladies who’d had falls, which are a huge problem as you get older.”

It’s something she’s since worked on addressing, after joining a gym as one of the challenges for the book. Yoga is one activity she’s carried on with, too. “I have been trying with a very simple one during lockdown,” she shares.

In the book, Gordon seamlessly weaves these challenges together, with a range of aspects of ageing tied in. Gut health, along with yoga and stretching, for example, or cognitive training.

“I kept coming back to this thing of it being in the now, and concentrating, those things that help you to learn and absorb information,” she says. “I think one of the things older people worry about is memory, and I’ve sharpened up my memory.

“A lot of people worry if they lose their car keys, or can’t find their mobile phone, because they think that’s a link to something worrying going on in the brain. But it’s all about concentration. So I don’t come in now and throw my keys anywhere, I put them in the same place.”

Ageing is often talked about as something that’s exterior – we ‘look’ older and want to ward off those changes. Does Gordon think we need to look more at the ‘interior’ aspects too, such as the gut and brain?

“It’s not about looking younger at all! I think the bits about ageing that we should be worrying about are our fitness – not looking ‘hot’ but being fit! The mental side of things is key.

“It’s about breaking down the barriers of inertia, as you get older – and there’s a lot of that going on in lockdown,” she adds. “Doing something that you don’t want to do, like ballroom dancing, which I didn’t want to do. I really enjoyed it! Doing something you’re not naturally tuned to do, is really good for you.”

1. “One of the greatest worries we have as we age is memory failure and I came to realise that losing my car-keys, my glasses or my phone was not down to a poor memory, it was simply caused by my inability to focus in the moment.

“With the help of Cambridge neuroscientist Professor Jon Simons, I learnt to focus more on what I am doing at any one time and I have stopped playing hide and seek with myself and can now boast a working memory of 96%.”

2. “I discovered that you are never too old to learn something new, even if it’s something that you absolutely DON’T want to do. In taking on challenges that took me out of my comfort zone – such as the advanced driving test and life-drawing – the sense of achievement I experienced was all the more intense and rejuvenating.”

3. “I learnt all sorts of little things I can do each day to improve my balance and spatial awareness to protect myself from having a fall, which is the most frequent form of accident in the over 65s and the main cause of disability.

“Stand on one leg for a few seconds at a time,  put on your coat with your eyes closed or brushing your teeth with your non-dominant hand are three little tricks you could incorporate into your daily life.”

How Not To Get Old: One Woman’s Quest To Take Control Of The Ageing Process by Jane Gordon is published by Trapeze, priced £16.99. Available now.