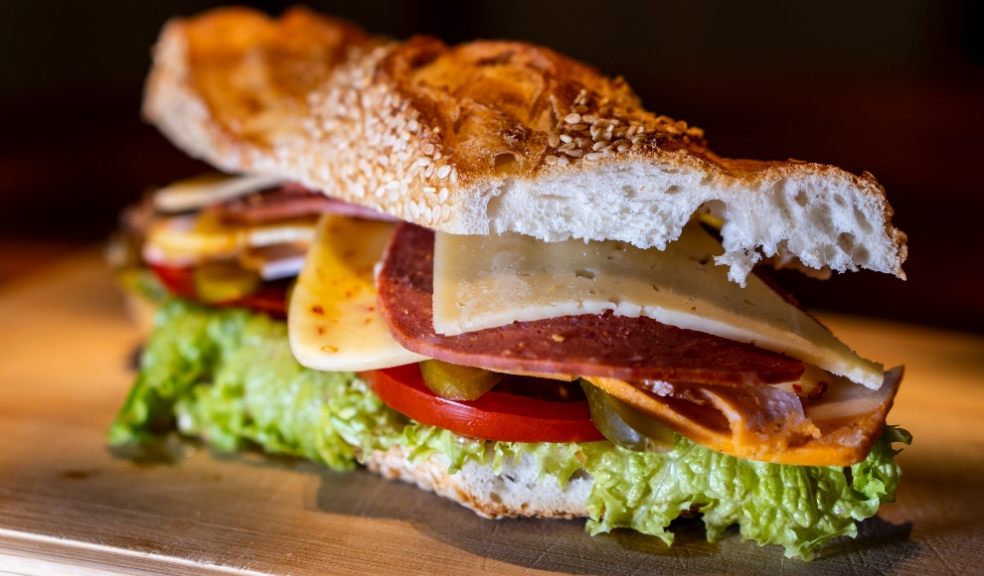 The much-maligned burger has been crowned as Britain’s favourite sandwich, according to new research to celebrate World Sandwich Day (November 3rd).

The Burger– whether beef or chicken – came out top in a study by food delivery app Foodhub, who polled 2,000 Brits to find 2020’s most-loved sandwich.

Foodhub spokesman Wil Chung said: “There’s no doubt that Britain loves a butty. We’ve also seen a surge in sandwich orders on the Foodhub app in recent years which shows that the nation’s love of sandwiches is increasing too.

“And it seems that our tastes are changing – the classic Ham & Cheese sandwich has always been a favourite nationwide but now the UK is all about the burger when it comes to sandwiches.

“There’s been some debate about whether a burger is even a sandwich but, we’ve done our research and it seems it absolutely is.

“The definition of a sandwich is ‘a food typically consisting of vegetables, sliced cheese or meat, placed on or between slices of bread, or more generally any dish wherein bread serves as a container or wrapper for another food type’. So the humble burger falls squarely into that category.

“But we expect that the burger being voted as Britain’s favourite sandwich is destined to stir much debate.”

It’s not the only controversy when it comes to the favourite sandwich poll – with the hotdog winning 9% of the vote and even the kebab getting 7% of all votes cast.

But what about some of the more classic sandwich varieties? Well, the iconic BLT managed to poll 17% of the vote, Bacon & Egg butty won 16% of the poll and the classic Prawn & Mayo managed a commendable 18% of the vote.

The Ham Sandwich managed 15% of the vote, the Beef Sandwich won 12% and the nation’s guilty pleasure – the Fish Finger Sandwich – managed a commendable 14%.

When it comes to how we prefer our sandwiches, there was also a clear winner – Britain loves its sliced white bread more than any other sandwich, with a third of the nation opting for the classic two slices of white bread with a filling as it’s favourite butty. In fact, 52% of the UK says its favourite sandwich is most often two separate slices of bread with a variety of fillings in the middle.

Next most popular was sliced wholemeal bread, followed by sliced granary bread and the traditional baguette.

Brits on average want to pay no more than about £3 for a sandwich, according to the data.  Though 15% would happily pay up to £6 if the sandwich was of sufficient quality.

And despite burgers coming out on top the UK is still fairly traditional about when it prefers to eat a sandwich – with 77% saying they eat sandwiches mainly at lunchtime.

More than a third (36%) say they prefer meat based fillings in their sandwiches but, as the newly-published Foodhub Top 10 Sandwich List (see below) illustrates, the UK is equally happy with non-meat sandwich varieties.

More than half of us usually rotate between two or three favourite sandwiches, according to the data. But some 15% of us tend to stick to a single tried and trusted butty for lunch. And a third of the nation tends to eat at least one sandwich every day.