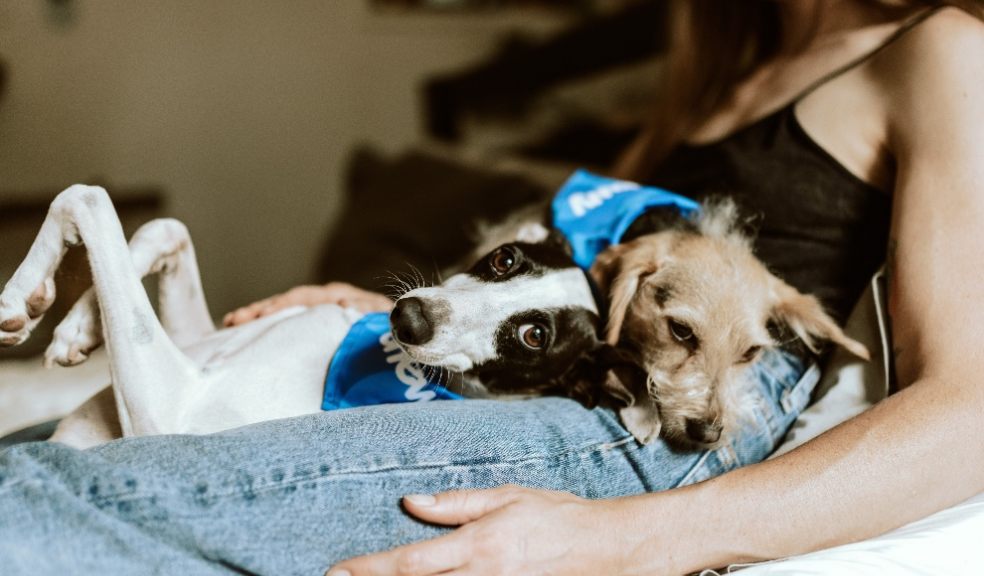 Having the responsibility of a pet has cost owners more than £500 in damage repairs, on average, new research reveals, as lockdown sees a surge in pet purchases.

And as the festive season fast approaches, more of us will consider adding a furry friend to our family. But you might be biting off more than you can chew, as more than one in five (22%) pet-parents admit their animals have caused damage to their home and possessions.

According to Confused.com research, pet owners have had to pay out a sum to the ‘jingle’ of £522, on average, to repair damages in the home, caused by their furry friends. Although for some the pay-out has been a lot higher, as one in fifteen (7%) have paid out up to £1000 for pet accidents in their home. Not so festive!

This hefty cost includes having to repair damages such as stained carpets, chewed skirting boards and flooring. Although in some cases the damage caused by pets is a lot more extreme.

The survey by Confused.com reveals  one pet ate through the bottom of a door after being locked downstairs, while other pet-parents said their companions chewed through a main phone line and even blew the main fuse by chewing the wire for the television.

Meanwhile, one owner said that their pet ate an entire tree, after “Gnawing at it like a beaver” while another pet with razor-sharp teeth chewed the corner of the living room wall and an irrigation system.  And, unfortunately for one owner, their pet smashed an irreplaceable antique heirloom – and ‘whoofps’ was not the word that sprang to mind.

Most common things that pets damage

Thankfully for these mischievous animals, it seems that most of them would be let off the chain, as almost three quarters (73%) of pet-owners were able to successfully make a claim on their home insurance for the damage.

But surprisingly, only nearly a third (32%) of people tried to make a claim on their home insurance in the first place.

Perhaps that’s down to uncertainty around recuperating costs, as one in seven (14%) pet owners admit they’re confused about what pet damage is covered on their home insurance policy. Sometimes the best form of protection is prevention, but only two fifths (40%) of animal owners admit to pet-proofing their home in a bid to avoid damages.

So, Confused.com has put together a handy guide, clearing up how to prevent disaster and the steps to take if your furry companion faux-paws in the home.

According to the research, almost all pet-owners (95%) have paid out of their own money to repair damage caused by their companions at some point. But, for those that did make a successful claim on their home insurance, the average pay-out came in at £905, while one in six (17%) needed up to £5,000 to cover repairs.

That’s some serious damage! So, maybe now is the best time to get clued up. Especially as one in six (17%) people say they purchased a pet during the lockdown period, while almost a further one in six (16%) say they’ve bought a pet at Christmas.

It’s certainly worth thinking about the responsibility that comes with a pet before committing, as almost a third (31%) of pet owners found their pet to be more destructive than they were anticipating. Plus, nearly one in five (19%) said they find trying to train a pet confusing. And while the average spend on pet-proofing the home stands at £140, a staggering two thirds (61%) of animal owners said it didn’t stop their pets from damaging their home.

So, if you’ve just redecorated, it’s certainly worth thinking twice before welcoming a new furry friend into the home!

Jess Willock, Home expert at Confused.com, says: “Lockdown posed the perfect opportunity for many animal lovers to welcome a new pet into their home. And with Christmas just round the corner, it’s likely more people will consider a pet as a much-welcomed family addition.

”But sometimes, pets can come into our lives (and homes) like a whirlwind, causing damages that we weren’t prepared for – even though they mean no harm! Yet it can be confusing to know how to train your pet not to chew and even more confusing to know what’s covered on your home insurance when it comes to pet damage.

“Our handy guide clears up how to prevent your pet from chewing your home to pieces and how to go about claiming on your home insurance once the inevitable happens!”