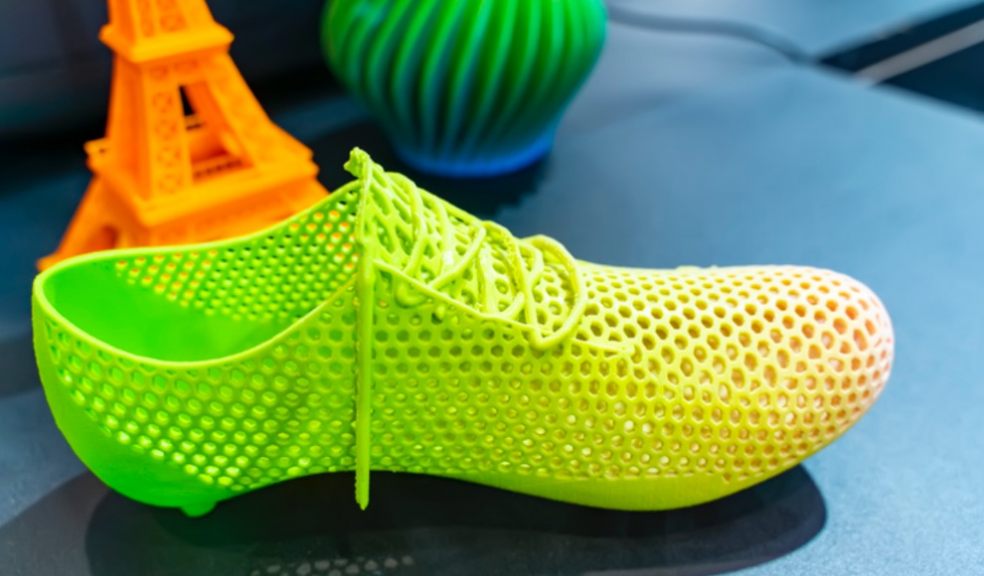 Recent years have shown exactly how 3D printing has fitted in to a new world order. Collectively supporting the pandemic with raft of ventilation devices, face shields, gowns and goggles, the technology more than rose to the occasion. Companies put their full manufacturing and 3D printing know-how to the test by responding rapidly to a new set of needs.

Historically, the technology has moved at its own rapid pace though, alongside other tech innovations also making waves in the 4th Industrial Revolution. But in 2022, as well as advancements in the automotive industry, we are likely to see more drivers behind 3D printing’s development as housing needs and sustainability hold on to their positions at the top of the global agenda.

Known widely as Additive Manufacturing, 3D printing, by its very definition, lends itself to being sustainable thanks to the minimal waste it produces. However, its sustainability credentials don’t end here. We are starting to see more examples of recycled plastics being used as filament in 3D printers, as an alternative to plastic filaments. We are also seeing items like plastic waste extruders being used to recycle left-over plastic produced when mistakes occur during the printing process. This material can be recycled using a company like filament maker, Filabot whose systems take plastic waste and turn it into filament. In addition, start-ups like Reflow are also combating plastic waste by turning items like unused lenses and fishing nets into filament for 3D printers.

Continued demand in the automotive industry

3D printing is already used pervasively in the automotive industry, particularly for prototype production. According to Strategy& (part of the PWC network) in the automotive industry, 3D printing market volume is set to grow from EUR 034 billion in 2015, to EUR 2.61 billion in 2030. While the emphasis is still on prototypes, there will likely be a shift to the production of more individual components in smaller volumes, with printing taking place more in-house. Electric Vehicles are also investing more in 3D printing with an increase in building prototypes onsite and the ability to produce lighter weight parts for EVs also holding potential. Last year, Nanyang Technological University Singapore joined forces with Hyundai Motor Group to work on a number of projects that bring together Artificial Intelligence and 3D printing to transform Electric Vehicle manufacturing with the production of components and the use of AI to detect defects during the process.

Greater use in construction

3D printing has already been at the heart of many housing projects across the world and has been used to create components for the industry too. Today, it is becoming a more feasible alternative to traditional construction methods to help satisfy new housing needs. It is believed there is potential to reduce the sector’s impact on the earth too, for example, with the greater use of recycled construction materials.  The production of more complex buildings and realising the potential to reduce costs for labour are also expected. The introduction of BIM (Building Information Modelling) is thought to be a possible catalyst for 3D printed constructions in the future, with the BIM process containing useful geometric information that can be used with large scale 3D printed machines to assist with scheduling and assembly data to aide productivity and safety during construction.

Much the same as automotive, 3D printing has been used in the aerospace industry for many years to produce components such as door knobs and dashboards, as well as prototyping and research and development, with companies like Boeing and NASA taking advantage of the technology. In a report included in Markets and Markets, low volume production of aircraft components is predicted to be a driver behind demand along with reducing production time, the requirement for more sustainable and cost-effective products and the greater need for lightweight parts, with prototyping stimulating the growth of 3D printing in aerospace. It is estimated, as stated in Market Research Future, that by 2026, the aerospace 3D printing market will be worth $5.58 billion.

What’s new in 3D printing in 2022 is not so much about a single transformation but more about a sharper pace behind the innovations, developments and capabilities within it, across all areas. According to The Future of Global 3D Printing to 2027 report by Smithers, ‘explosive’ growth is expected over the next decade, with an aggressive annual growth rate of 23.0%. 3D printers are making their way further into our homes, places of work and even in orbit, and as they become faster, and more capable of taking on large industrial projects it looks like its revolution of the manufacturing industry has only just started.