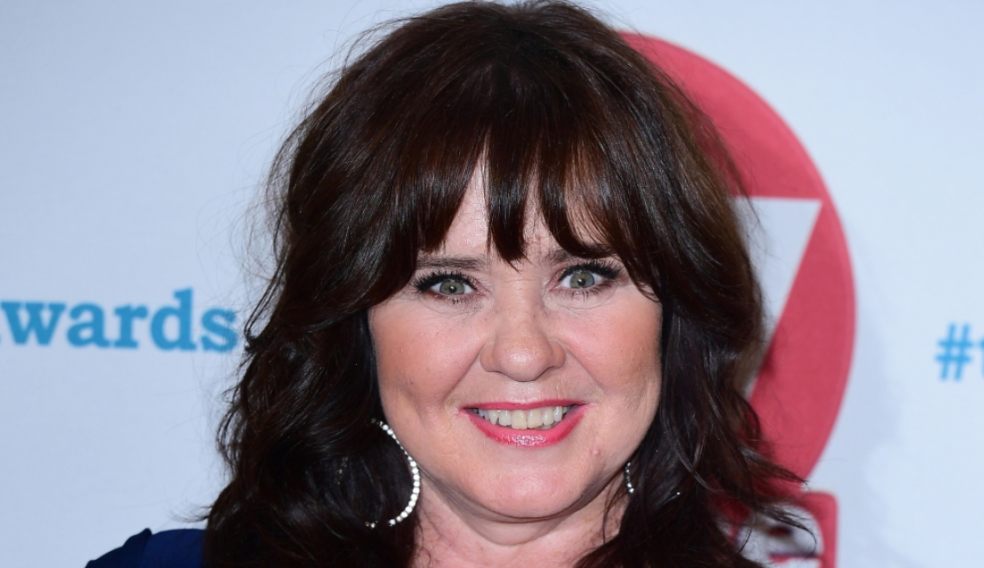 Parenting is tough at the best of times, but it can be even harder when you’re trying to blend two families, as Loose Women’s Coleen Nolan found out during her second marriage.

Nolan shares her 19-year-old daughter Ciara with ex-husband Ray Fensome, who she was divorced from in 2018, and sons Shane, 31, and Jake, 27, from her marriage to Shane Richie, which came to an end in 1997.

“I’d always advise all parents not to beat themselves up, because there’s no such thing as a perfect parent, we’re all just doing our best,” declares the glamorous 53-year-old, who’s starring in stage show The Thunder Girls, which has now been rescheduled for 2021.

“After my marriage to Shane broke up, I was with the boys for two years on my own and then, when they were eight and 12, all of a sudden – to them – this man comes in and I’m pregnant with his child, my daughter Ciara!” she recalls.

“It was a particularly big shock for Jake because he’d been my ‘baby’ until then and he wanted me all to himself. It was hard for me as well, because I would get frustrated by his playing up and possessiveness. All of it was understandable, but hard to take. Equally for Ray it was very hard to come in as a stepdad and take on my two kids.”

The first two years while everyone settled into the new arrangement were, she admits, “incredibly hard for me and Ray. All you can do is your best, but it can be really tricky when you’re trying to get your children used to living with your new partner. You’re also trying to establish your new ‘living in’ relationship between yourselves, as grown ups. It’s tough and emotionally challenging.”

Initially, there were, she says, frequent rows and bad behaviour. “Kids can feel disloyal to their parent when someone else, in their eyes, apparently moves in to take their place,” she says.

“That can lead to a lot of challenging behaviour because they feel they ‘ought’ to play up to prove they’re sticking up for the absent parent. I had to tell them they weren’t being disloyal to Shane if they got on with Ray, and Shane also reassured them about that.”

It’s essential, she believes, to “keep talking and listening, especially to the kids, but also to your ex-partner, and your new partner. If you can, keep the dialogue open so everyone’s totally involved and knows exactly what’s going.”

Good relations between her and Richie were key to ensuring the new ‘extended’ family could move towards harmony. “I have always stayed friends with Shane, and luckily even Ray and Shane were friends. That meant we could all work together. Of course, there was quite a bit of, ‘You can’t tell me what to do because you’re not my dad!’ from the boys, as well as them telling me, ‘You love Ray more than me’. It was the boys testing and pushing to find the limits.

“Ray would calmly tell them, ‘I’m not expecting to come in here and be your dad, you already have a dad.’ He tried to show them he was trying to help them, not boss them about. Shane was also really supportive and brilliant at having long chats with the boys and talking things through and showing them Ray wasn’t a threat, he was a friend.”

Into the mix was also coping with the teenage years, she explains. “It’s so important to listen to kids, I think. There’s a tendency to think, ‘You’re only 13, what problems can you have at this age?'” she says.

“But to them, those problems are serious. I always tried to talk things through and recall what I’d felt like at that age. I tried not to fly off the handle if they told me something shocking. That’s vital, because if you do, they won’t confide in you again.”

Inevitably there were confrontations and throughout it all, Nolan endeavoured to present a united front between her and Ray so there was a boundary and the boys felt secure. “I’d never go against Ray in front of the boys because I thought, ‘The first time I do that, they’re going to know and play us off against one another,'” she says.

“But if Ray did something I wouldn’t necessarily have done, or told them off for something I’d have let go, I’d wait until they were out of earshot and tell him why I didn’t agree with what he’d done.

“I’d explain to him that isn’t the way I’ve brought them up, and I wouldn’t do this, that or the other. It was all about each of us finding the line and gradually it all settled down and we became a very functional, successful family.”

Nolan now lives with her children, and granddaughter. “I’m absolutely loving the fact they’re all independent and happy and they’re still at home, so I feel I must have done something right as a parent! It’s all trial and error at the end of the day and finding out what works for you and your family.”