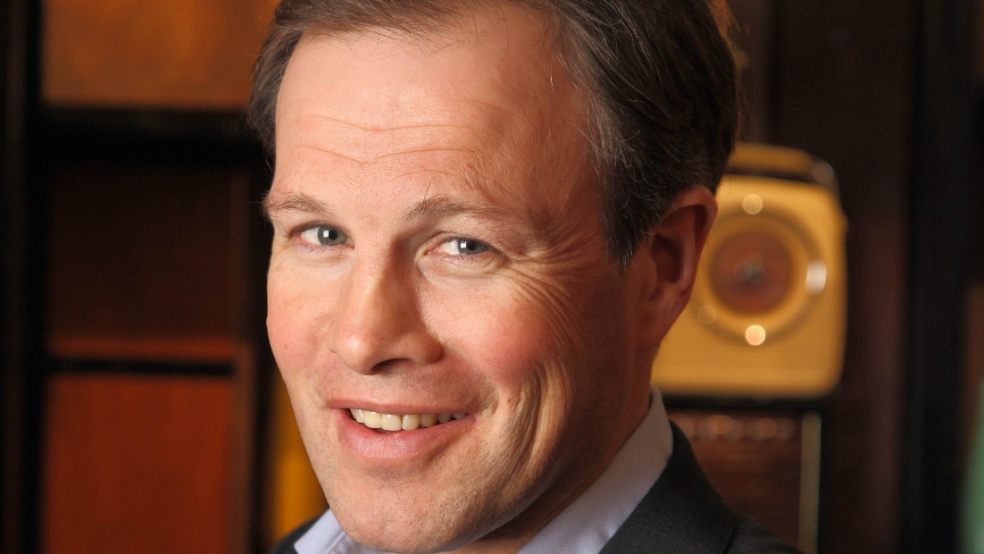 ITV News at Ten anchor Tom Bradby,  friend of the royals, seasoned correspondent and documentary-presenter, confesses he’s enjoying life in lockdown with his wife Claudia and three grown-up children at home near Winchester.

“But then you come to work and dip your head in a bucket load of misery,” he laments. “It’s odd living with an all-consuming news story that is killing a lot of people, with the frisson that you could get it and die yourself. It’s really depressing.”

His calm, friendly demeanour belies huge anxieties which led to what he calls a meltdown two years ago, manifesting itself in chronic insomnia, which resulted in him being signed off work for three months while he tried to sort out his mental health.

As an ITN correspondent for the best part of 30 years, from spells covering Ireland and Asia, where he was shot and seriously injured while covering a riot in Jakarta, to becoming royal correspondent and political editor, you would think there wasn’t much that fazed him.

“It happened very suddenly, but looking back, I’d been slipping for a long time,” Bradby, 53, reflects. His mother had died and he’d spent a lot of time and emotional energy supporting his father until he died, which sparked the TV newsman to worry about further loss.

“I used to be awake till dawn, then it would happen again and then I very quickly went into complete panic.” This chronic insomnia lasted two weeks.

“There was a moment when I was curled up in a ball on the floor outside our bedroom and my wife came out to me, saying, ‘Don’t worry, we’ll get through this.’ I was saying, ‘I’m never going to sleep again.’

“You get to a very dark place quickly because you convince yourself you’ll never sleep again, that you are going mad and that you will lose everything.”

He was prescribed anti-depressants – which he still takes to regulate his sleep – and saw a psychiatrist every week during his time off. He still catches up with him when he needs to.

So, has covering the pandemic brought back any of the previous anxieties?

“I think I’ll probably be grateful for the rest of my life for having had a massive meltdown which forced me to reboot my mental operating systems at vast pain and expense,” he says now.

“I went through a very intense rebooting process but the one advantage of that is that you’re much more mentally resilient. I’m much more accepting of what life’s going to throw at me and that counts for coronavirus as well.”

In between presenting the news, Bradby has also become a bestselling spy thriller writer. His eighth novel, Double Agent, a sequel to his bestseller Secret Service, sees senior MI6 officer Kate Henderson become embroiled in a plot in which a Russian defector offers her conclusive evidence that the British prime minister is a spy working for Moscow.

Len Deighton’s ‘Game, Set and Match’ Cold War thrillers provided the inspiration for his love of the genre, he recalls.

“They were set in Cold War Berlin and London and were incredibly atmospheric, brilliantly written and full of complication, grey skies and double crosses.

“Then the Cold War went away and those kinds of thrillers disappeared. Writers who wanted to write the type of thriller I do, where there’s a rich political backdrop, struggled a bit.

“Then, as a gift to writers but not to humanity, the Cold War came back. The Russian president decided that he wanted, in a very muscular way, to restore Russia’s sphere of influence and take on the west.

“So you’ve got this new Cold War which is, if anything, greyer and more complicated than the last, because the Russians are able to move around in our society and send their children to our schools and universities and are quite blatantly trying to corrupt western democracies.”

His protagonist Kate Henderson suffers from some of the issues which Bradby has faced, including insomnia and a predisposition to anxiety, something he wrote about in Secret Service when he was going through his own mental turmoil.

“When I look back, I’d written Secret Service about five months before I had to be signed off work. With very little psychological self-knowledge, I was creating an alter ego, writing a character who was on the way to having a breakdown, even though I had no concept that that was what was happening to me.”

He has learned now not to worry too much about the things you can’t control, or about fate, he says.

“Worrying about what threats are going to come round the corner tomorrow often makes people determined to try to control their fate by being driven and bullish. The problem is that no-one controls their fate.”

He treats writing as a hobby and is half way through Triple Cross, the third book in the series. The trilogy has been optioned by a producer and he’s hoping it will end up as a TV series.

After going through his own crisis, he says:  “I do less. I’m careful not to overface myself and I think about things differently. I don’t worry about what the reviewers are going to say about my book or if it’s going to get into the bestseller list. I’ve trained myself to live for today more.”

His profile was raised last year thanks to his interviews with the Duke and Duchess of Sussex during the making of the documentary Harry & Meghan: An African Journey, in which the couple laid bare their unhappiness.

Today, although he is still friends with both Harry and William, he is keen to distance himself from the debate.

“The anxiety around that was that you don’t want to let anyone down. I know Harry and Meghan, and William, and I found myself dragged into a maelstrom which I didn’t particularly enjoy and which was quite stressful.

“You find yourself wanting to do the right thing, which becomes very difficult because you become caught in someone else’s argument.”

He won’t be drawn on how he feels the Sussexes have been treated by both the press and the royal family.

“I think I’ve said all I’m going to say on that. I’m a working journalist and not going to get involved with their battle with the press. It’s not my argument. They have got their story to tell and one day they may tell it. I just don’t want to be involved any more.”

His Covid-19 bulletins may be depressing, but he is much more aware of how he can avoid plumbing the depths of despair again.

“The way out of any mental health crisis is to concentrate on today and this minute and try to worry a lot less about what’s going to happen tomorrow.

“Today the sun is shining, who knows what’s going to happen tomorrow? I could be hit by a car. There are other things I’m more likely to die of than the coronavirus.”