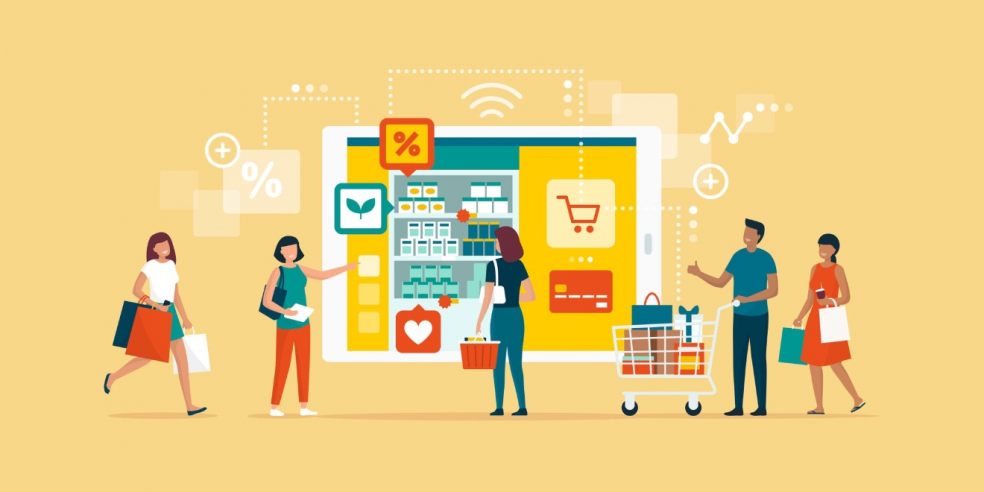 The nation’s shopping habits have undergone dramatic changes in recent weeks. More people have turned to home deliveries and have been trying out new ways of ordering, while many are also looking for ways to cut their spending due to a reduced household income.

And with many having adjusted to new shopping routines, evidence is now emerging that some of the new shopping and spending habits formed during coronavirus crisis may last way beyond lockdown.

Here’s a look at how people’s spending habits have changed, and what impact it could have in the longer term…

How has cash use changed?

Cash use had already been in a slow decline, but during the coronavirus outbreak the the number of cash withdrawals being made from ATMs has fallen sharply.

According to figures from ATM network Link, transactions recently fell by 60% compared with a year earlier. Link’s consumer research suggests three-quarters (75%) of us are using less cash, with more than half (58%) using cash a lot less.

But a significant number still rely heavily on cash, with 23% using the same amount of cash or more. One in seven (14%) people also say they’re keeping more cash at home in case of emergencies.

How have online shopping habits changed?

This includes supermarket deliveries and other online shopping, food boxes and takeaway meals, medicines and drop-offs from family members, friends and neighbours. Pets haven’t been left out either, with people who have ordered items for them receiving around six home deliveries a month for their beloved animals.

Local shops are also playing a vital part in keeping their communities going. The Association of Convenience Stores says around two-thirds of local shops now offer some form of delivery service – up from just over one in 10 in 2019.

What’s the impact on the grocery sector?

Market research agency Mintel predicts the online grocery market is set to grow by a third (33%) this year, to reach an estimated value of £16.8 billion. The boost is expected to last beyond 2020. Mintel expects the sector to continue to grow, to an estimated £17.9 billion by 2024.

Mintel found many people are trying to limit the time they spend in-store and nearly one in 10 (9%) are using ‘click-and-collect’ services more.

What about other sectors?

Many sectors have seen the impact from households reducing their spending and having fewer opportunities to socialise than usual. Nationwide Building Society has analysed its customers’ current account spending, comparing the four weeks leading up to April 12 with the same period a year earlier.

It found that, despite some restaurants now offering takeaway options, spending on the restaurant sector was down by 70%. With fewer occasions to dress to impress, spending on clothing was down by 50%. But spending on hardware stores was up by a third (33%) as people spent more time at home and in the garden.

People have also been making the most of entertainment services from home. TopCashback.co.uk found two in five have signed up to new subscriptions, such as TV and music streaming, fitness regimes and product deliveries, since the coronavirus outbreak started.

So we see more permanent changes in shopping habits?

Whether it’s because they prefer some of their new shopping habits, or simply can’t afford to go back to their previous ways, it seems some people do intend to change their spending longer term.

According to Nationwide’s research, nearly two-thirds (62%) of people say their spending habits have changed – and around a third (32%) will be more mindful of their purchases in future.

With many households facing uncertain incomes, 31% will look to cut back on non-essentials. A quarter (25%) pledge to waste less food.

Mark Nalder, Nationwide’s head of payments strategy and service, says: “While the number of shopping deliveries has significantly increased since lockdown, overall spend has reduced.”

He says it will be interesting to see any changes people make, “especially as many say they are going to pay closer attention to their finances in future, be less wasteful and cut back on non-essential purchases”.