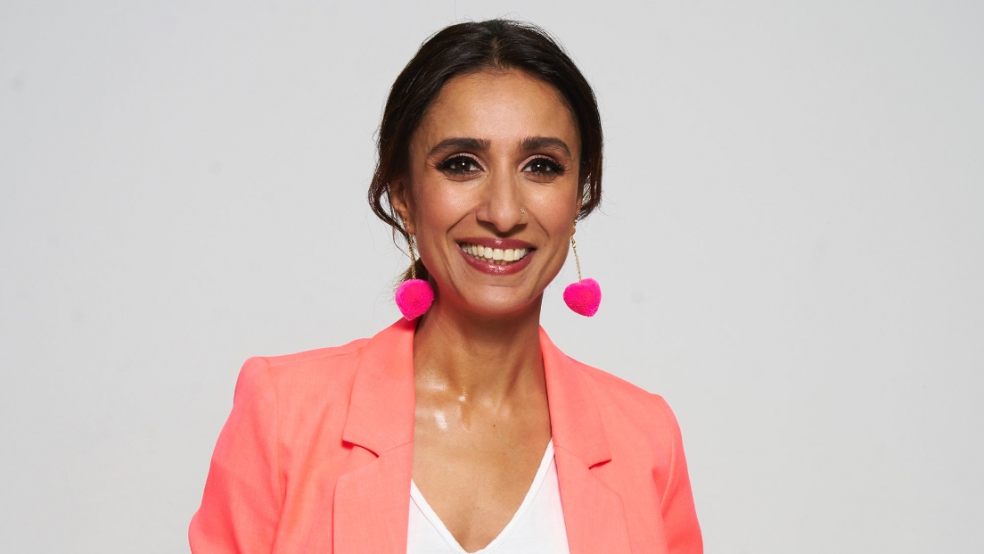 Parenting is one of those subjects that everyone has opinions on, from the food we should be feeding kids to how we discipline them. And now there’s a brand-new show on Channel 4 in which mums and dads can compete to prove their way is how everyone should do it.

Each episode of Britain’s Best Parent? will see three different sets of parents showcase their individual parenting techniques for a day – but they have to look after a child from each of the other two families as well as their own kids.

The families then come together in a studio, watch footage of each other parenting and debate and discuss their experiences, before the studio audience vote for their preferred parenting style.

The fifth and final episode features the four finalists from the previous episodes going head to head in order to crown the winner. Here, Bradford-born presenter Anita Rani, 42, tells us more.

What made you want to be involved with Britain’s Best Parent?

“I don’t know a person in life who doesn’t have some sort of interest in parenting, or an opinion on it, for that matter; whether you’re a parent or not, it doesn’t matter, we’ve all been parented. I thought, ‘This is going to make for a really interesting show’.”

“Absolutely. So many people are having to homeschool who have never done it before; are people doing it the right way? I’ve got lots of friends who have got kids and some people are really regimented, and others are kind of just doing it their own way.”

Were you surprised at parents being happy to have their techniques judged?

“When we made this show, I did say, ‘This isn’t about judgment’. This is just about them showing the world the way they do it, and why they do it that way, and all of them are brilliant.

“They’ve all got very different opinions, and it didn’t mean there weren’t disagreements in the studio – absolutely there were. It got quite heated and got quite emotional at times. But, also, they all really took on board what each of them had to say. There’s a lot of respect amongst the parents.

“You can get mates who have known each other for years who all do things very, very differently with their children. I guess you’d never talk about it because it’s quite an emotive subject. What we’ve done is put it into a studio so, hopefully, it will create a bit of a national discussion.”

Perhaps parenting should be a topic we discuss more openly…

“I’m sure parents do open up about it, and I’m sure they get advice from each other. There’s just no way you could sit there and go, ‘I don’t think you’re doing it right’, particularly if you haven’t got kids. It’s like, ‘shut up’, who wants to hear from the person who doesn’t have children about how to bring up children?”

Did you enjoy being the mediator during the studio debates?

“It was really intense, especially with a big studio audience, but really good fun. I quite like being in control, so it was quite nice. But I really got on with all of the couples, and so it was just really nice to spend that much time with them.

“It’s a really delicate balance to make sure everybody feels safe enough to open up and say freely what they want to say – and they did. And it’s not just about me, it’s about all the teams behind the camera as well.”

“I didn’t think I was going to write about that. Red just got in touch with me and they said, ‘We just want your reflections on the previous year’.

“I wrote my first piece and it was like, ‘I’ve had a great year and I’m really positive’, and I just thought, ‘Bullshit, none of this is true, and I’ve actually had a really difficult year’. And it was only because it was Red magazine and I felt safe enough to share it in that space that I wrote about it.”

Have you since received messages from people who have been through the same thing?

“Yeah, the reaction was massive. I’ve had loads of people get in touch just to say well done for speaking out. It’s such a taboo still, isn’t it? So many women go through it and yet, we all sort of suffer in silence. So, it felt good to be able to use my voice to speak out about something that affects loads of people.”

Is it hard balancing being in the public eye and wanting to keep things private?

“I think it is always a balance, definitely, and what I’ve discovered is I’ve begun to give more of myself away the older I’ve got. I’ve realised that I have got a voice and, if I use it in the right way, it’s meaningful to other people.

“For years and years and years, I just kept my head down, kept myself to myself, and just thought, ‘Why would I talk about anything personal? My job is my job and the rest of it is my own’.

“But now I just think, actually, it’s really important for me to use this platform to speak about things because it gives other people permission and it makes other people feel connected as well.”

Britain’s Best Parent? starts on Channel 4 on Thursday, May 28.