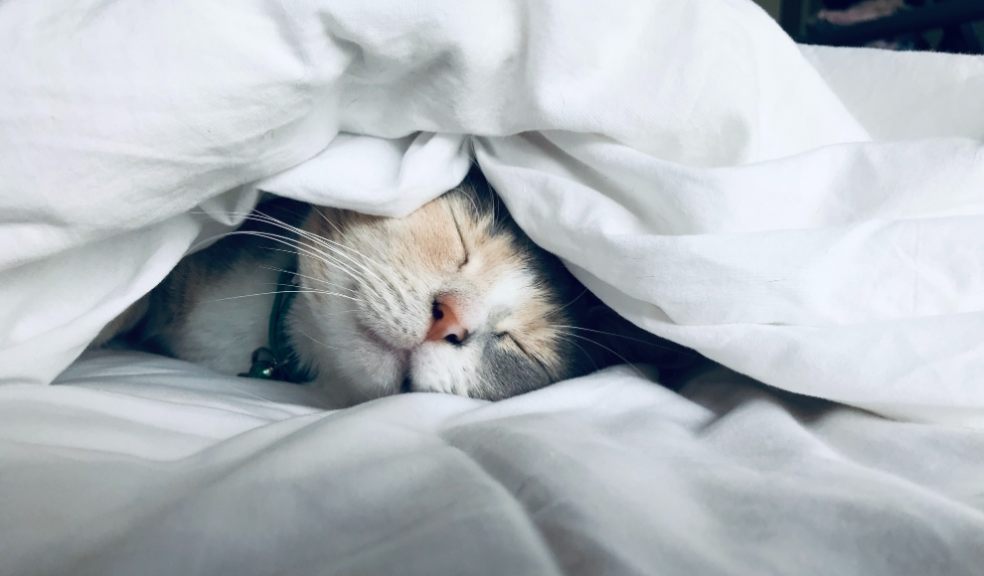 Have you ever closely monitored your cat’s sleeping position? Just like humans, our cats sleep in a variety of positions, so the way your little fur ball rests can tell you a lot about its behaviour and personality.

Below, we’ve asked the team of specialists from the Republic of Cats to share the meanings behind the most common cat sleeping positions.

The full content can be found below or in a Google Document format on request.

What Does Your Cat's Sleeping Position Really Mean?

As much as cats love to play, scratch and explore the world around them, they also like to snooze. Healthy adult cats spend an average of 16 hours a day sleeping, while kittens, senior cats and those with health problems may require even more rest.

From sleeping on their side to stretching out on their backs with their stomachs facing upwards, we can learn a lot about our feline friends through their sleep routines. Below, we’ve asked the team of specialists from the Republic of Cats to share the meanings behind the most common cat sleeping positions.

This position refers to the cat sleeping on its back with its fluffy belly exposed and splaying its paws. When cats expose their stomach areas,  they’re letting the world know that they feel secure and happy with their surroundings.

When cats curl up into a crescent, wrap their tails around their body and tuck their heads toward their chest it means they are protecting themselves from potential danger.

This is an instinctive position that allows cats to conserve their body heat while protecting vulnerable parts of the body. Because of this, it is one of the most common sleeping positions.

If your cat is sleeping in this position, they almost definitely want to be left to sleep in peace.

Shoeboxes, bathroom sinks and even empty cardboard boxes are only a few of the weird and wonderful places where your cat might choose to take a nap.

Cats like to squeeze into tight spaces where they feel safer and more secure as opposed to being exposed to the potential dangers of a wide-open space. The perceived danger in your home might be something as trivial as the washing machine or the vacuum cleaner in the corner of the room, so don’t be too alarmed by this behaviour.

It’s perfectly normal for your cat to crawl into drawers, baskets and boxes, as well as hidden corners, under beds and underneath tablecloths. Cats have a natural need for warmth and protection, and these confined spaces give cats a quiet, peaceful environment.

If you’ve ever wondered why your cat is sleeping with its eyes half-open, this is because of its predatory nature that allows them to react instantly to anything that startles them. Sleeping with eyes half open also means cats are able to keep track of their environment and feel more at ease.

This position is common for newly adopted cats, or pets living in chaotic environments with energetic children. It’s also an indicator that your cat is not willing to let its guard down. If this is the case you should ensure they have a variety of quiet and cosy places where they can curl up and relax.

Cats sleep in lots of interesting positions, and the ‘loaf’ is among the most common. This position is when a cat sleeps with their paws and tail tucked under them, and it looks like they form the shape of a  loaf of bread. They sleep in this position because it’s extremely comfortable and keeps them warm.

Your cat’s paws do not have fur to regulate heat, so when it is cold they keep them tucked underneath the body to keep warm. Additionally, the loaf position can indicate that your cat is happy and relaxed, meaning they feel safe near you and trust you.

Unlike humans, cats' natural instincts make them always ready to attack prey or defend themselves. Since they are always ready for action, it makes sense why they would keep extra protection by cuddling up to their owner. Sleeping next to or on another cat friend or owner helps them to feel safe and protected from predators.

Another reason why our cats cosy up to us is that they want extreme warmth, attention and they feel safe around you to be vulnerable.

Cats love to sprawl out on their bellies with their paws stretched out in front and behind them - looking like Superman. This position indicates that they are in a deep sleep and feel very relaxed and at ease in their surrounding environment. They don’t feel threatened.

Tip: try not to disturb a cat while they are in a deep sleep, it will make them extra cranky.

Sleeping on their side

Much like the belly up, this position involves your cat exposing the most vulnerable area on the body, their belly. Again, this position is a positive sign that your cat feels comfortable around you and within your home. A cat sleeping on its side is often in a deep sleep and is likely to rest for a longer period of time than when in other positions.

Just like humans, sleeping on their side is one of the most comfortable positions for cats. Cats who favour this position are often relaxed and feel confident.

Have you ever spotted your cat covering their face or head with their paws when they are sleeping? There are multiple reasons why they may favour this pose. If their paws cover their eyes, they could be blocking out the sun or a bright light in the room or trying to keep their nose warm.

If their head is covered, this means they wish to not be disturbed. When they bury their head, they feel safe and protected, sending the message that they want some alone time to rest. If you spot your kitty sleeping in this position, it’s best to leave them and avoid waking them unless you want a moody cat on your hands!

The sitting up position is when your cat sleeps while in an upright pose with its tail wrapped around its paws. If you look closely, your cat is probably not sleeping, they will more often than not be simply resting, so they can still spring to action at a moment's notice.

This sleeping position allows them to wake up and pounce if they feel threatened. Cats in this position will often feel anxious and unsettled. For most cats, this is just natural instincts kicking in, but if you find this behaviour becoming more frequent, monitor how your cat acts in certain rooms in the home and what could be causing them to feel threatened and anxious.